“…and now for something completely different..!”

If you’d enjoyed Monty Python’s Flying Circus, you might want to check out this refreshing oddity – a Sci-Fi comedy quite unlike Avatar.

Sebastiano Montresor is an interesting young director who has some strong convictions about what cinema shouldn’t be – passive, suggestive, and anaesthetising the viewer’s critical faculties, as he puts it. A proponent of the so-called “Agrestic Cinema”, it is about deliberately de-constructing the film into a primitive state (or one devoid of any pretence or make-believe) – let the audience construct their own using what they hear, listen and see, as raw materials.

I remember watching his first feature, “L’eredità di Caino” (starring an up-and-coming Filippo Timi – a major star now) at a friend’s and found a lot of it went over my head. His latest film however, “VigasioSexploitation II” is certainly more accessible, and funny too. I recommend checking out Montresor’s website to discover more about his theories and work. What’s more – you also get to download the film, “VigasioSexploitation I” for free.

As for volume 2, it is grotesque, crazy, but strangely endearing – there is nothing pretentious about it – it doesn’t take itself seriously, but technically it is very well made with fine cinematography, an eclectic albeit interesting soundtrack, and neat editing. He does however indulge in taking the piss of some of the big names in ‘B’ cinema like Brass, Franco and Rollin – you’ll know what I mean when you watch the scenes. The film has extensive and gratuitous nudity, but it is all hilarious – not intended to titillate. For twisted people like me, this little film is Recommended Viewing..!

The story in a nutshell – aliens are invading the earth, and a human scientist is unwittingly conscripted for this purpose. The plan was to inseminate a human female with their sperm to produce a hybrid. The scientist’s ‘assistant’ is drawn for this purpose, but it backfires – instead she turns into a rabid bitch, feeding on humans and aliens alike. For the sake of this post, I have also retained the subtitles in the compilations, so you guys can guess what’s going on. Don’t expect Oscar winning performances here – just enjoy the ride..!

Note:
The post is left open to all because the producer-director wishes it to be available publicly.

Compilation 1: Chiara Pavoni and Eveline
Osso the roughneck is bestowed a moustache by the devil. Osso is played by Chiara Pavoni. His girlfriend is the scientist’s assistant, played by Eveline – I don’t know what it is, but she’ll have you transfixed..! And by the way, for those who don’t already know, ‘potato’ in Italian is an impolite slang for ‘vagina’. 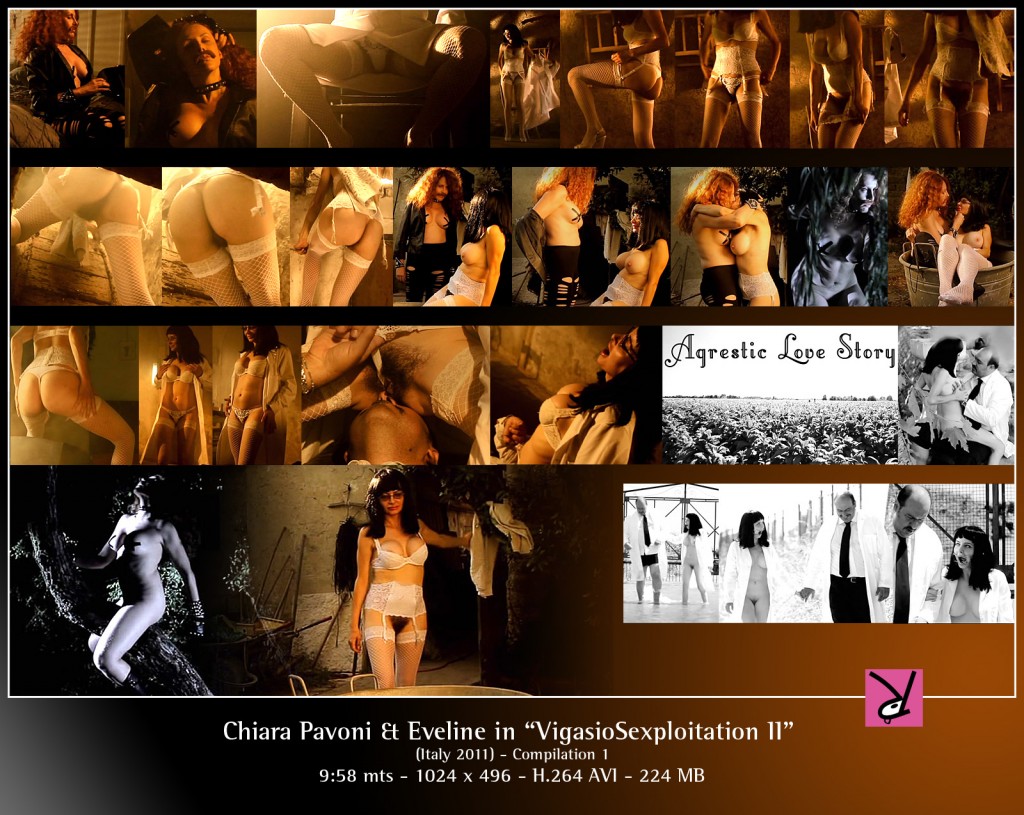 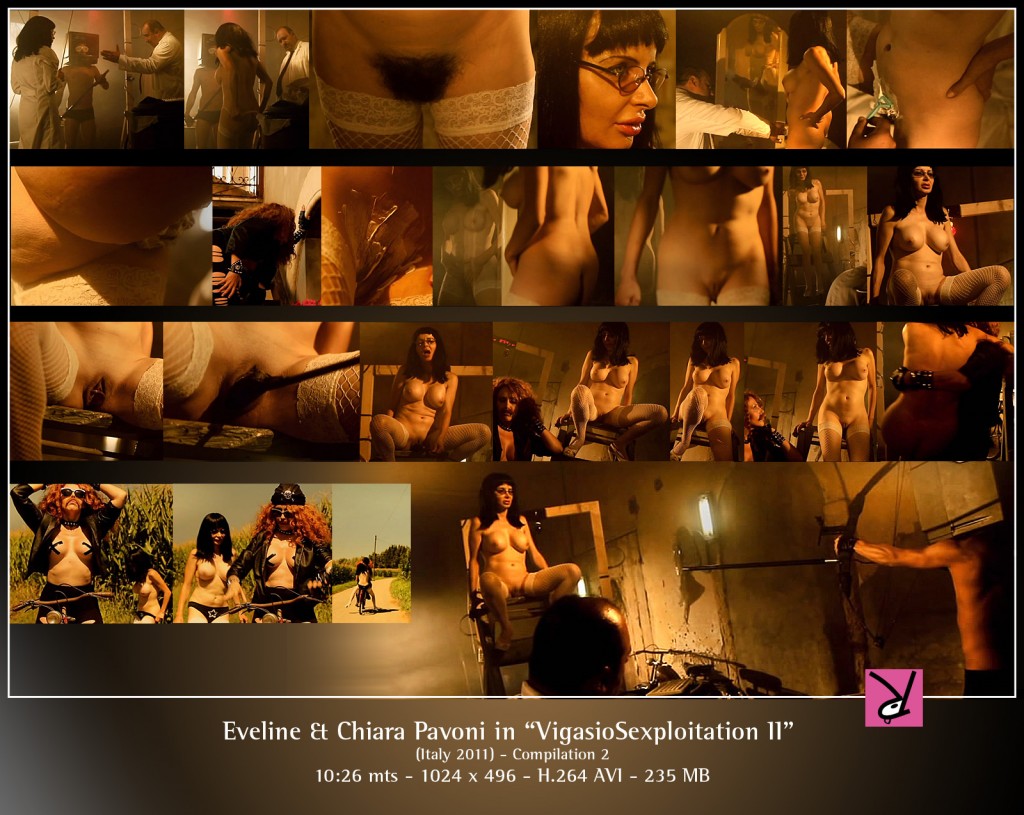 Bless thee, this Holy alien sperm so that Eveline can conceive a divine hybrid child..! 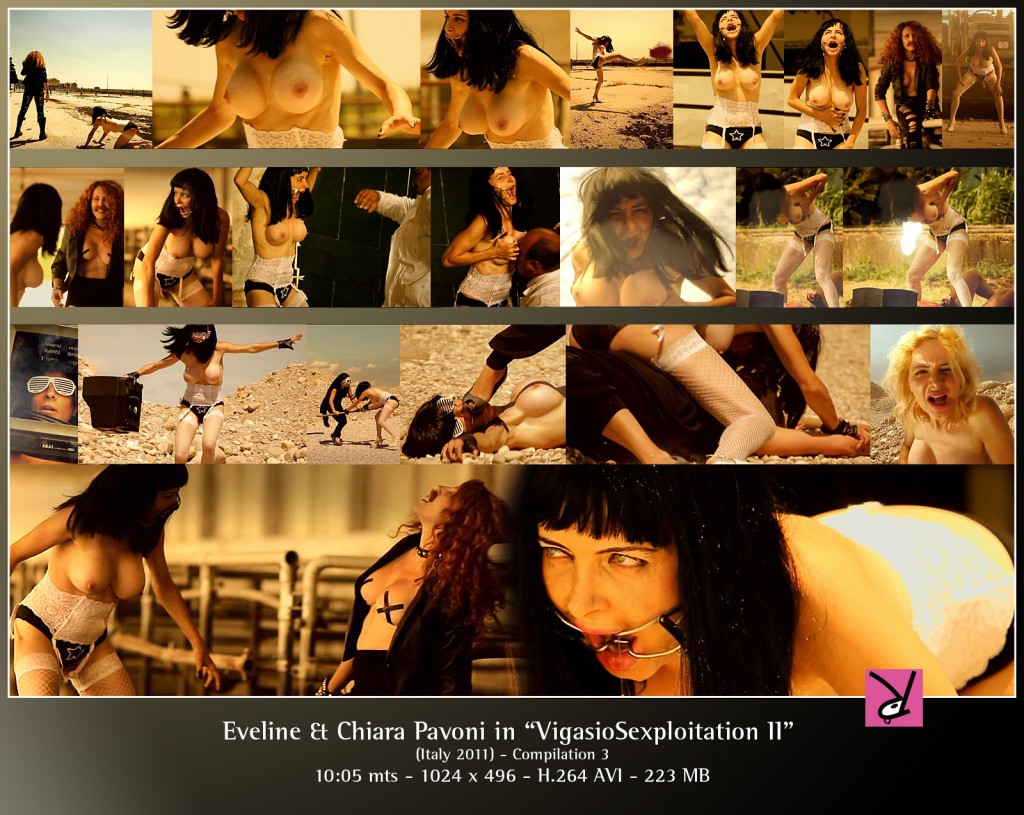 (All parts required – unpack with Winrar)