Nikos Nikolaidis is a very interesting director indeed – and for those who enjoy dark and edgy films that occasionally throw away the rule-book, going through his filmography would be a feast for their senses.

When I watched it for the first time, “Singapore Sling – O Anthropos pou agapise ena Ptoma” [Eng. title: Singapore Sling] was one of grossest films I’d ever seen. But I could never get the film out of my mind either, and purchased the DVD more recently to reassess it. I’m glad I did, because it changed my earlier assumptions completely, and the film can perhaps even be termed a classic. It is anything but conventional, but film lovers would find a lot to appreciate in it.

Storyline:
The film starts with the protagonist’s voice-over as we watch two women digging a grave in their garden, in pouring rain and in the middle of the night. They address themselves as mother and daughter, and are burying their latest victim – their new chauffeur. Still alive – kind off, and his entrails dropping off his shirt, his hand desperately grasps one of the woman’s Wellington’s – a desperate cry for mercy, until the other woman puts him off his misery with a final blow from her spade. We see the protagonist now – a detective definitely past his prime, already wasted with a gun-shot wound to his shoulder. Where was he coming from? One thing we do know, he’s looking for a Laura, the woman he’s in love with, and after three years of search, this is where his trail had led him.

He soon finds himself held captive by the women, and is informed that Laura is dead, killed by his captors. But in his state of mind, he sees Laura’s resemblance in the daughter, and tries to get her out of the house. Is she really Laura, and are the psychopathic duo really mother and daughter..?

A clue to understanding the film lies in the Greek title, which roughly means “The man who loved a Corpse”. “You better watch out McPherson, or you’ll end up in a psychiatric ward. I don’t think they’ve ever had a patient who fell in love with a corpse”, says Waldo Lydecker to the detective from Otto Preminger’s 1944 film-noire, “Laura”. It’s a Laura that the protagonist – a detective too, searches for in that film. Additional clues point to the portrait hanging on the living room wall in both the films. This film could be a homage of sorts, not just to the aforementioned Hollywood classic, but to film-noire itself – the stunning black and white cinematography from Aris Stavrou and the exquisite lighting are there to hammer home the point. But then again Mr. Nikolaidis may also be parodying popular American culture. There’s an instance in the film where “two servant rules’ are reiterated by the mother-daughter duo, which strangely echoes a dialogue from a recent American sci-fi film, “I, Robot” about the laws among robots. I discovered later that it is attributed to science fiction guru Isaac Asimov, upon whose book the film (I, Robot) was partly based. Another feature of the film is the ‘fourth wall’ being frequently broken when characters pause to speak to the camera. It’s incredibly difficult to classify this film as a black comedy, horror, or erotic thriller – it probably is all of these..!

Whatever the case – parody, homage, or downright nastiness, there’s no denying the fact that this is a beautifully executed piece of cinema that is both repulsive and fascinating at the same time – the gorgeous costumes and art direction would have done a Marco Ferreri proud, the cinematography is sumptuous, editing and direction – sublime, the soundtrack – exceptional, and the performances by the two female leads – absolutely riveting – it would have won many an accolade if only the subject wasn’t as shocking. Needless to say, dear cinephiles – the film is Highly Recommended Viewing..!

I’m glad that the DVD included the original trailer, which I think is very well done, and was surprised to find that it also included shots not included in the main feature – check this out yourself.

Compilation: Meredyth Herold and Michele Valley
The compilation includes scenes that some may find disturbing and nauseating even. The graphics don’t do enough justice to the explicit and ridiculously kinky nature of these scenes. You’d been warned! 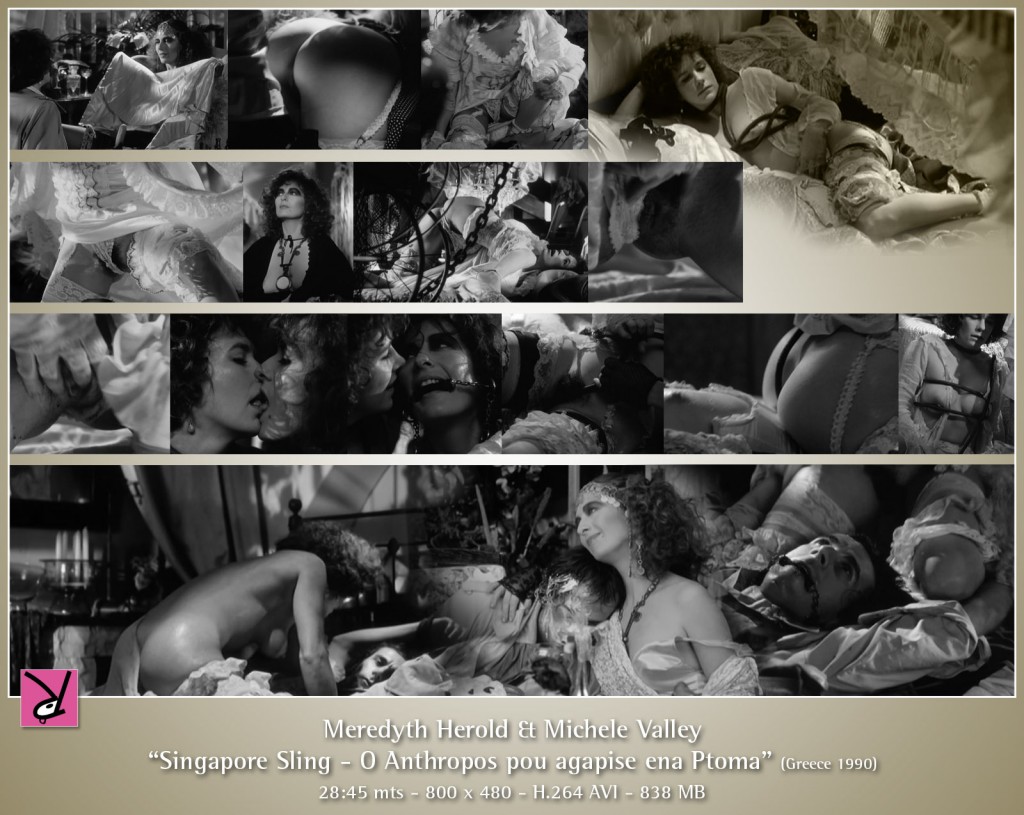