Constantine Giannaris is known for films focusing on the disenfranchised and dispossessed of urban Athens, often portraying his characters in ultra-realistic documentary style footage. His drama, “To xypnima tis anoixis” [Eng. Title: Spring Awakening] follows a similar vein in that it is set against the backdrop of post-austerity, riot-prone, present-day Athens with all its social issues. 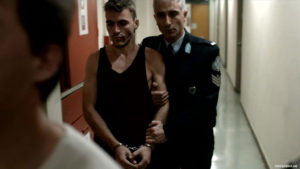 The film begins at the police station where five teenagers are handcuffed and brought in for questioning. Part of a newly formed ‘armed gang’, they were found at the scene of a horrific crime where a couple and their two children were murdered in cold blood. 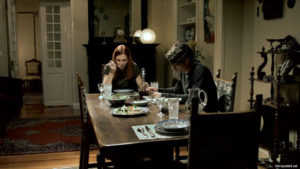 Interviews with investigating officers offer us a glimpse into the group members’ individual attitudes, their family backgrounds, and social status. Coming from various backgrounds, we note that they could easily represent a cross section of Athenian society itself. The one thing they seem to have in common however is a collective hatred for any kind of ‘authority’, whether from domineering parents or law enforcement agencies. 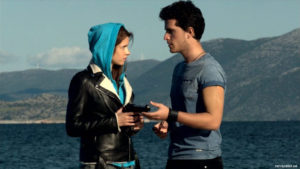 Two among them – Alexandros (Konstantinos Elmatzioglou) and Ioanna (Daphne Patakia) are in a sexual relationship, but after they join the gang, things get a bit hazy because of a range of issues occupying Alexandro’s mind, not least his killing of a cop who was about to arrest two of the gang members following a robbery. When the five attempt a second robbery, it goes horribly wrong after egos clash and latent hates surface between members and the hapless victims… 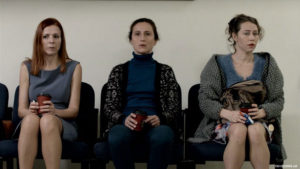 The director seems to be questioning the society that Greece had become, its prospects for the future – particularly the young who’re usually the most affected, and the growing xenophobia amongst a population that feels let down even by friendly countries. While it is well made using largely new faces, one wonders if the screenplay could’ve been tightened up a little, especially since similar themed films are also the trend everywhere from Mexico to Russia. 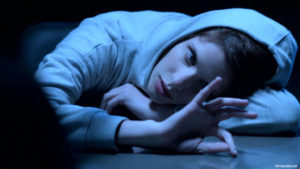 They may well be a sign of the times in which we’re living, but from what I could glean from the DVD’s subtitles, the nonlinear narrative could’ve been more effectively contextualised. The performance of Daphne Patakia playing Ioanna is nevertheless memorable. Recommended Viewing!

The Nudity: Daphne Patakia, Marlene Kaminsky, and Adrian Frieling
Daphne Patakia appears nude in a number of scenes, and one of them is surprisingly explicit when her character masturbates in bed. There is also brief nudity in a scene that involves a German couple interrupted by the gang while making love.