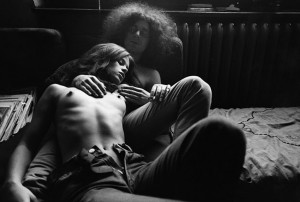 It is difficult to know the extent to which director Achim Bornhak had a say in the creative rather than technical aspects of his film biopic – about the model, actress, groupie, and legendary sex-icon of the ‘1968 generation’ Uschi Obermaier, “Das wilde leben” [Eng. Title: Eight Miles High]. This is not only due to the script’s reliance on Ms. Obermaier’s autobiography “High Times”, but also because the very icon was even involved in the film’s making. Since I’m neither from her generation nor have read her biography, I shall restrict my observations to the screenplay, performances and production values as witnessed in the film. 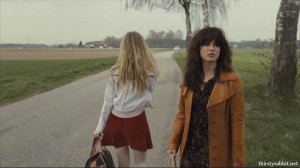 The two-hour long drama starts off with a teenage Uschi (Natalia Avelon) leaving home with her pal Sabine (Friederike Kempter), after the former has a row with her strict parents following their discovery of professional nude photos of their daughter. The girls hitch a ride with a group of hippies on their way to Kommune 1 in Berlin. 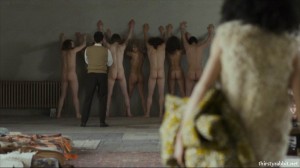 That’s where Uschi meets Rainer Langhans (Matthias Schweighöfer), right in the middle of shooting the iconic photograph that Kommune 1 will henceforth be associated with. They become lovers and Uschi, already a well-known model, inadvertently becomes the ‘face of the revolution’ and figurehead for a political ideology in which she had little interest in. What she liked most was the Bohemian lifestyle that came with living in the commune – one that saved her from “turning into her parents”. 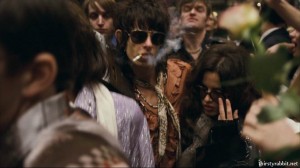 Uschi’s personality and good looks will draw the attention of famous rock stars such as Jimmy Hendrix, Mick Jagger, and especially Keith Richards (Alexander Scheer) – with whom she will have more than a passing fling. Soon she’ll be spoilt for choice between groupie high-life and the commune. 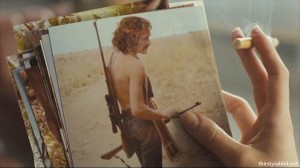 That is when she learns about a wealthy adventurer named Dieter Bockhorn (David Scheller) and instantly falls in love, the same way that he too does after looking at her pictures in a magazine. They get on like a house on fire when they eventually meet, and Uschi leaves Kommune 1 to live with Bockhorn soon after. 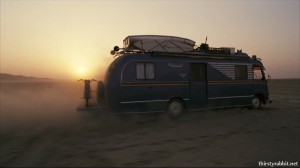 After a brief separation following an argument, they reunite and set-off around the world in a customised Mercedes bus that’ll keep them on the road for the best part of a decade, with photojournalists catching up with them wherever they went. From here on, the film also takes a more serious turn by focusing upon some poignant moments in their relationship. 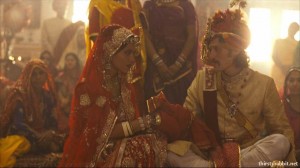 Particularly so after their ‘symbolic’ marriage in India – while Uschi reluctantly agrees to the wedding as some kind of ‘performance’ to appease their Royal hosts, Bockhorn certainly appears to have taken their marriage more seriously. Uschi will have a miscarriage, and their journey together will come to an end after Bockhorn is killed in a road accident while in Mexico. Much of the film is told as flash-back against a grieving Uschi watch Bockhorn’s burning pyre float into the sunset. 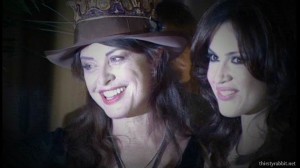 The actors portraying the three main characters; Uschi, Rainer, and Bockhorn give a good account of themselves, and Natalia Avelon, the babe that she is, even emanates the sexual charisma that Uschi was renowned for. She could do much worse than improve over time as a seasoned actress. While the cinematography is appealing, it is the excellent attention to set design, costumes, and that awesome bus that lingers in our memory. Even though she’s now a best-selling author and successful jewellery designer, Uschi Obermaier’s former life was nevertheless as eventful as any worth bringing to cinema, and that’s what the film focuses on, from her own perspective. The Making-of documentary features a present-day Uschi revealing her thoughts and involvement in the making of the film. However, the star of this above average film is Natalia Avelon, and at least for her naked splendour, it is Recommended Viewing..!

Among the featured DVD extras are a Making Of documentary, some deleted scenes, and the official music video for a version of ‘Summer Wine’ recorded by Ville Valo and Natalia Avelon herself – and she can sing..!