Perhaps, one could’ve introduced director Lech Majewski here through one of his better known works, but his latest film, “Onirica” [Eng. Title: Field of Dogs] is nevertheless every bit as sumptuous as his renowned works, showcasing all the traits that make him an art film circle favourite, and should therefore be as good an introduction as any. 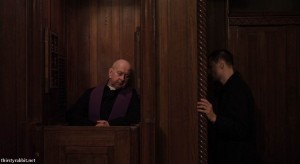 Majewski has clearly been influenced by past Italian masters such as Antonioni and Pasolini, and also his other contemporaries such as Greenaway and Angelopoulos. His films often delve into the esoteric and mystical, and some of his visuals can be unapologetically self-indulgent, drawing liberally from the high point of Renaissance and the Enlightenment. Like many of the names mentioned above, Majewski is a full-fledged filmmaker who can not only direct, but also write his own material, compose music, and handle cinematography. 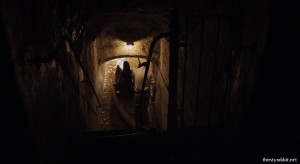 Majewski considers his “Onirica” to be an inspired interpretation of Dante’s “The Divine Comedy”. Set against the backdrop of a series of unfortunate events that befell Poland in 2010, including the tragic plane crash that killed the country’s President along with most of its political and defence elite, and the spate of natural disasters it had to endure that year, we observe Adam (Michal Tatarek) – a young poet, trying to deal with his own personal loss and ensuing psychological trauma following a car crash that killed the two people closest to him – his girlfriend and his best friend. 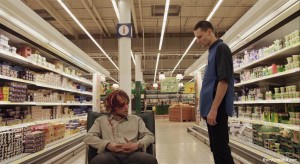 Adam had survived the crash, but carries permanent scars that are both physical and within. After giving up his career job as an academic, he had started working as a supermarket attendant. Often listening to an audio book of Dante’s Divine Comedy, Adam experiences a series of surreal visions and hallucinations concerning religion and spirituality, that will bring disparate characters to life from his past and present. 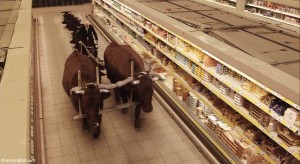 Like his long dead father who appears at his supermarket and sets to plough the ‘fallow’ earth underneath its floor tiles, and the bikini-clad hostess from a TV game show who steps out of the box to offer him some ‘hope’. His (living) philosopher-aunt (Elzbieta Okupska) comes the closest to consoling and forcefully explaining to Adam the relative nature of life and death within our own lives, by borrowing quotes of thinkers from Classical Rome. 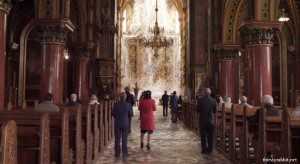 As with most of his work, Majewski presents some strikingly memorable images as he takes us through Adam’s soul-searching exercise, much like Dante’s own journey through Inferno, Purgatory, and Paradise – and Adam’s deceased girlfriend, like Dante’s Beatrice,  is similarly resurrected to accompany him in the later part of his ‘journey’, eventually ending up in a cathedral altar that becomes flooded by a sudden deluge. Spectacular stuff indeed, and if you’re in a contemplative mood, you might even enjoy the ride that Majewski gives us. Recommended Viewing..!

The Nudity: Ewa Matula and Anna Mielczarek
As part of one of his visions, we see Adam dream about a young mother (Ewa Matula) feeding a baby in a river island. Anna Mielczarek plays Adam’s deceased girlfriend, brought back to life through a kiss while an angel watches, and they levitate while making love. A dove fluttering across the room to perch on a window as this happens completes this rather surreal scene, me thinks..!