The film, if anything is educational. Unlike the clichéd view of what we see of BDSM in mainstream films, 24/7 delves into what actually the participants aim to achieve, which by the look of things is a lot more than the end orgasm. To say the film is not easy viewing is an understatement – it is not particularly pleasant to watch or hear what the film is trying to say. Some of the arguments made are provocative, incendiary even. But then again, at least readers of this blog know that films or any art needn’t necessarily have to be pleasant. The best way to approach it is to see this as another interesting view-point, whether or not we agree with what Mr. Reber has to say.

As in many of his films, he uses a mouthpiece, here in the form of dominatrix Lady Maria to air his views, most of which are philosophical – strongly nihilistic, with echoes of not only Nietzche, but some pre-biblical ideas too. Having watched this very involving film only recently, I’m still not sure whether this should have been made as a feature film, or published as an academic work – there’s simply too much in it. One has to set aside time, both to watch the film, and later to digest it. It is nevertheless a bold experiment, one that can only be made by self-financed film companies like WTP International. Thank ‘God’ for independent cinema – Amen..! 😉

Storyline:
I will keep it to a minimum as it is not so relevant for this film. Reber uses two distinct characters to play out his theories – one is heiress to a luxury hotel Eva, and the other is Magdalena, a sociologist pursuing her doctorate by working as dominatrix Lady Maria. When Eva admits to being sexually unfulfilled, Magdalena encourages her to explore her sexuality first and find out what she really wants. She advises that if sexual fulfilment is her main problem, her starting point should not be S&M but a swingers club. Eva’s journey of discovery takes her full-circle before Magdalena (as Lady Maria) espouses what she sees as the true meaning of existence and identity – that one must create oneself anew, by being the father and mother of their own self.

Technically, I think the film is well done, but I couldn’t help feeling that it tends to occasionally over-emphasise the obvious (both in terms of screenplay and editing). However, what stands out is the performance of the actress playing Eva, Marina Anna Eich, with her ‘Alice in Wonderland’ like curiosity as she savours every sensation and situation she comes across enthusiastically. Ms. Eich also appears in some explicit sex scenes, and I can confirm that none of these use body-double (also read her exclusive interview). Wolfgang Edelmayer’s sound track is appealing and greatly helps the film narrative. As with all of Reber’s films, many in the cast double up as crew as well, with Mira Gittner as Director of Photography and Editor, and Marina Anna Eich and Patricia Koch as co-producers.

The DVD includes some great extras like the short film, “Dann nenn es halt Liebe“, a TV feature, and audience interaction with Mr. Reber and Ms. Eich during its festival premiere. If you are looking for something out of the ordinary, something challenging, 24/7 is definitely Recommended Viewing.

The film can be purchased from Amazon.de*.

* The brand new DVD release of “24/7 The Passion of Life” also includes English and Spanish subtitles.
Dialogue Sheet in English
(for those with the older DVD who can’t follow German)

Compilation 1: Marina Anna Eich
These scenes are predominantly of Eva exploring her sexuality. 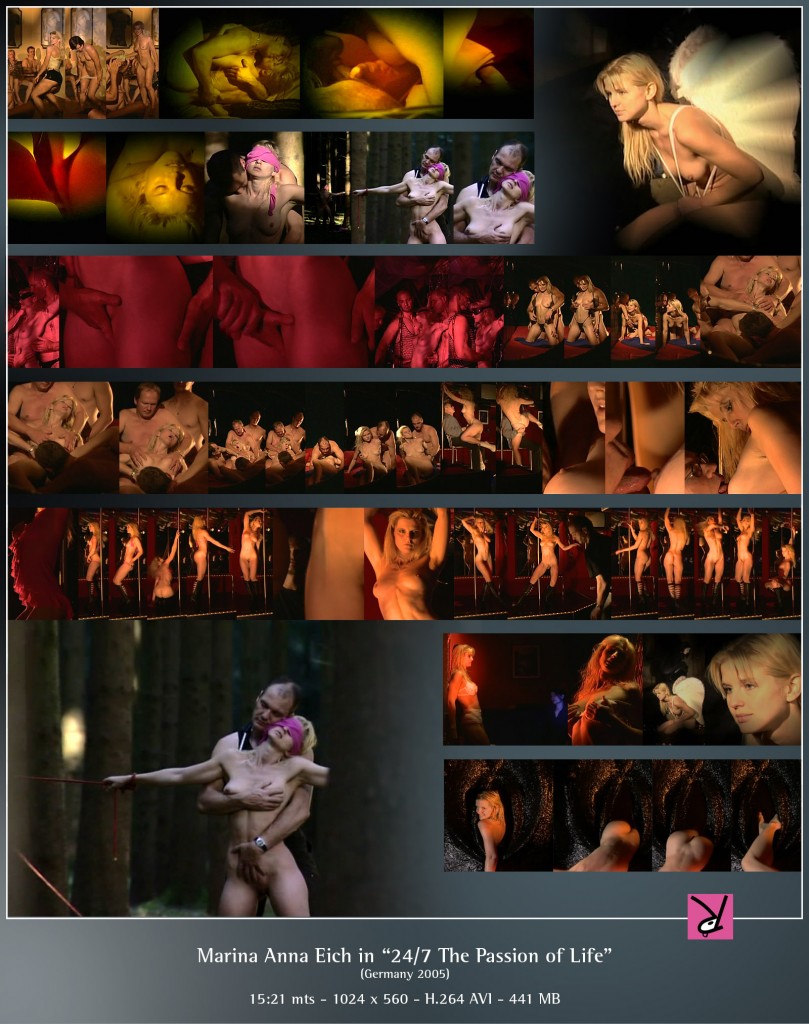 Marina Anna Eich immerses herself into her character as she explores Eva’s journey of self-discovery. 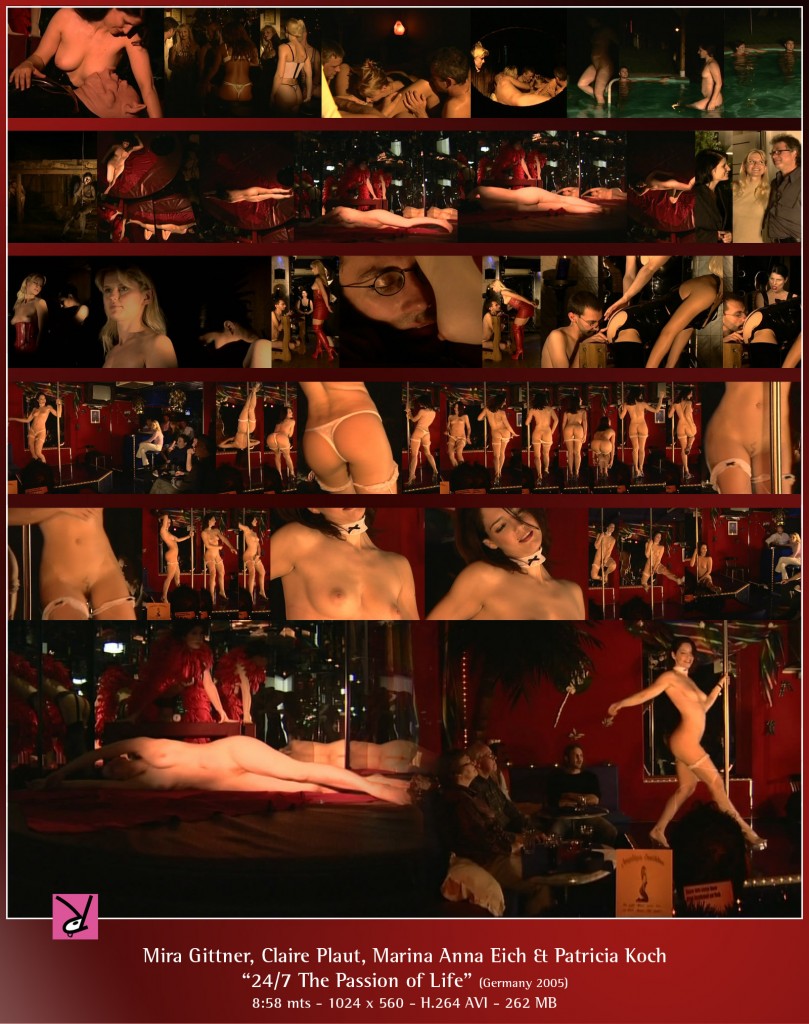