The 2006 World War II drama “Zwartboek” [Eng. Title: Black Book] is the most recently completed film by Paul Verhoeven. It’s also his first European film in a while after a long stint in Hollywood.

The film is set in occupied Netherlands, when wealthy Jews are promised safe passage out of the country only to be double-crossed and handed over to Nazis for slaughter. A young Jewish woman Ellis de Vries, played by true classical beauty Carice van Houten, escapes one such assault and volunteers to join the local Resistance. She’s assigned the dangerous task of infiltrating the Nazi headquarters and win the trust of the Commander Ludwig Muntze. She changes her name to ‘Rachel Stein’ and takes up the job of Ludwig’s secretary, and soon enough manages to seduce him. She passes on secret intelligence of forthcoming operations to the Resistance, but soon realises someone from within the resistance is passing information about the intelligence leak back to the Nazis. She finds herself trapped, on the one hand by the Resistance who believe her reports are unreliable, perhaps even accusing her for joining the Nazis, and on the other hand the Nazi command, who are beginning to close-in on her. Things are complicated further when the relationship between ‘Rachel’ and Ludwig develops into something more than simply sexual.

Both in terms of creative input and technical aspects, this is a very well made film and personally, I’m glad Mr. Verhoeven started making films in Europe again. Recommended viewing!

The scenes below were cut from Blu-ray.

Scene 1:
Preparing for her new ‘Aryan’ identity, ‘Rachel’ makes sure even her nether regions look the part – and she also gladly obliges her Resistance colleague before embarking on her assignment. 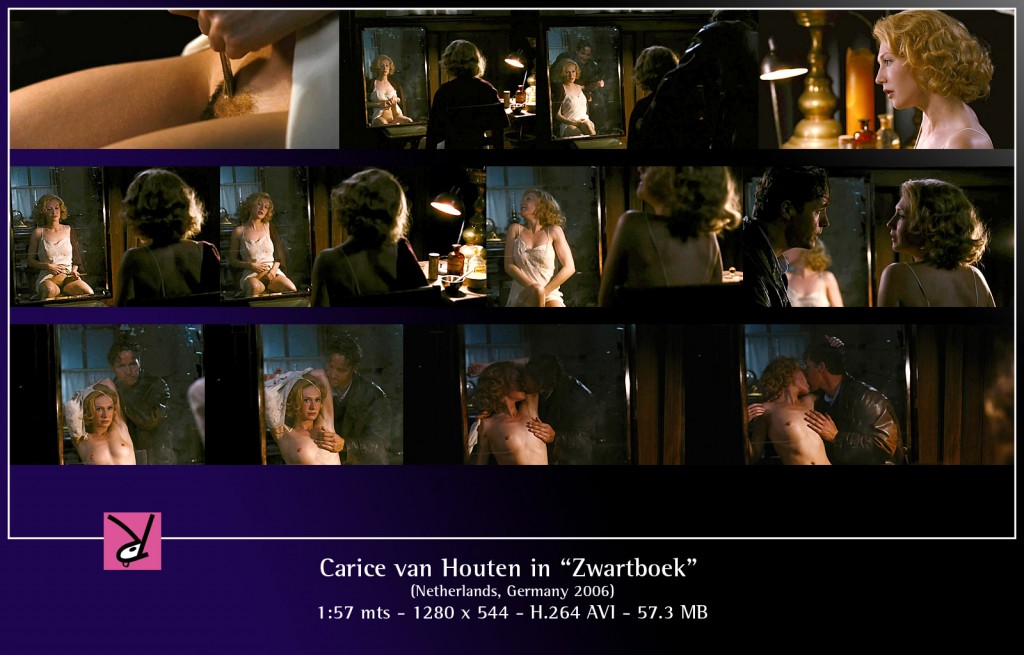 Scene 2:
At her new job, ‘Rachel’ makes good use of an invitation from her boss to look at his ‘stamp collection’ at his quarters. After discovering ‘Rachel’ isn’t a true blonde, Ludwig inspects her face and asks why her features look Jewish. In reply ‘Rachel’ asks rhetorically whether her breasts, or for that matter her vagina looks Jewish too. It’s hard to tell, if you ask me..! 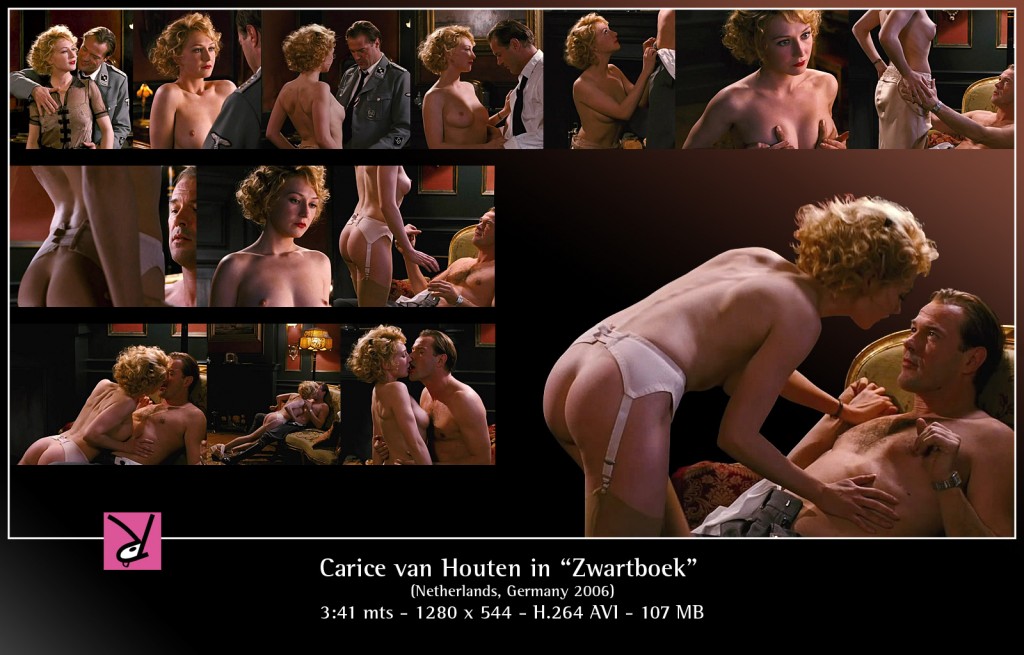 Scene 3:
Rachel makes acquaintance with Ronnie – a ‘secretary’ to Ludwig’s colleague, who enters the bathroom to take a leak. A playful Ronnie opens Rachel’s shirt and asks his opinion on her breasts. When he tries to grope her, she reminds him that it is the commander’s property. 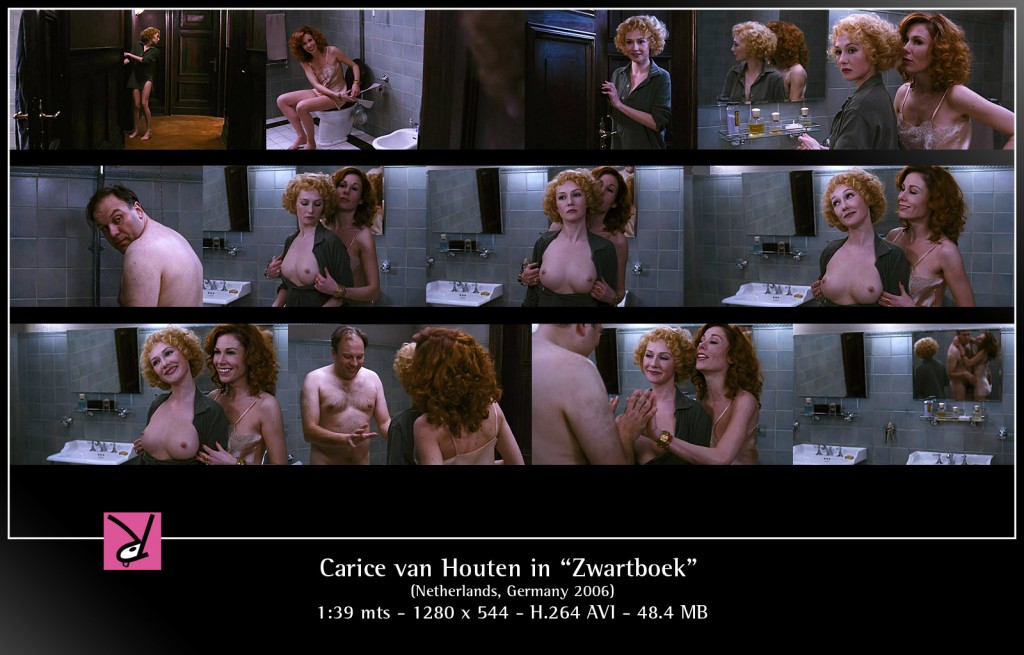 Carice van Houten in Zwartboek: “You can see but cannot touch”

Scene 4:
Ludwig begins to suspect that someone is passing on information to the Resistance, and corners Rachel one evening, but we soon realise he’s also in love with her. 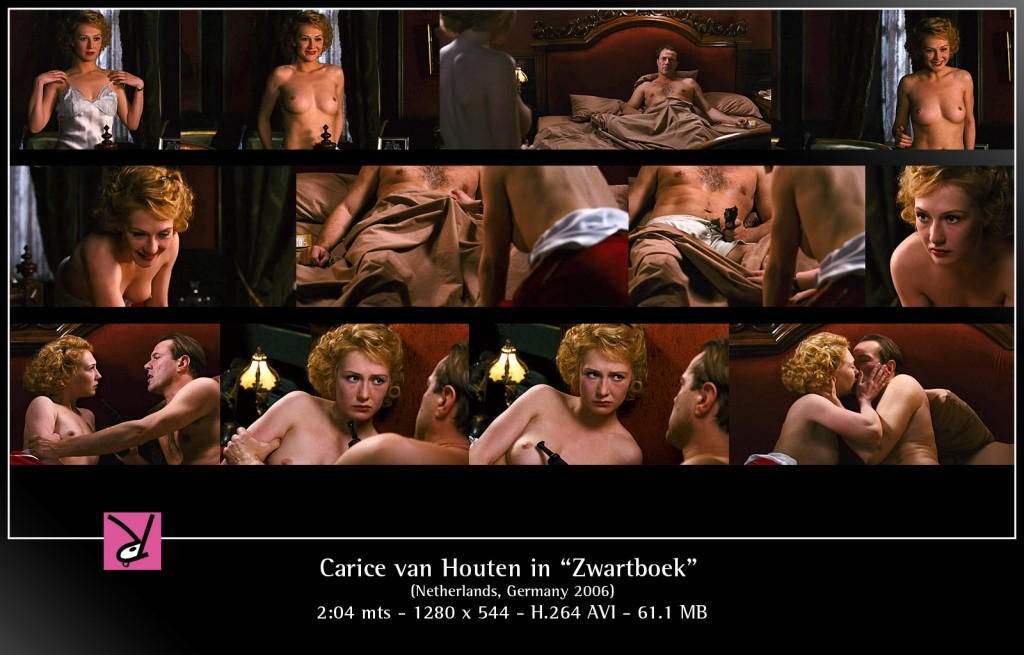 Carice van Houten in Zwartboek: A finger of suspicion is pointing at you.

Scene 5:
Ronnie becomes Rachel’s trusting friend. In this scene, she pretends to be drunk and allows the guards to grope her, so that Rachel could sneak out to release some Resistance members. Ronnie is played by Halina Reijn. 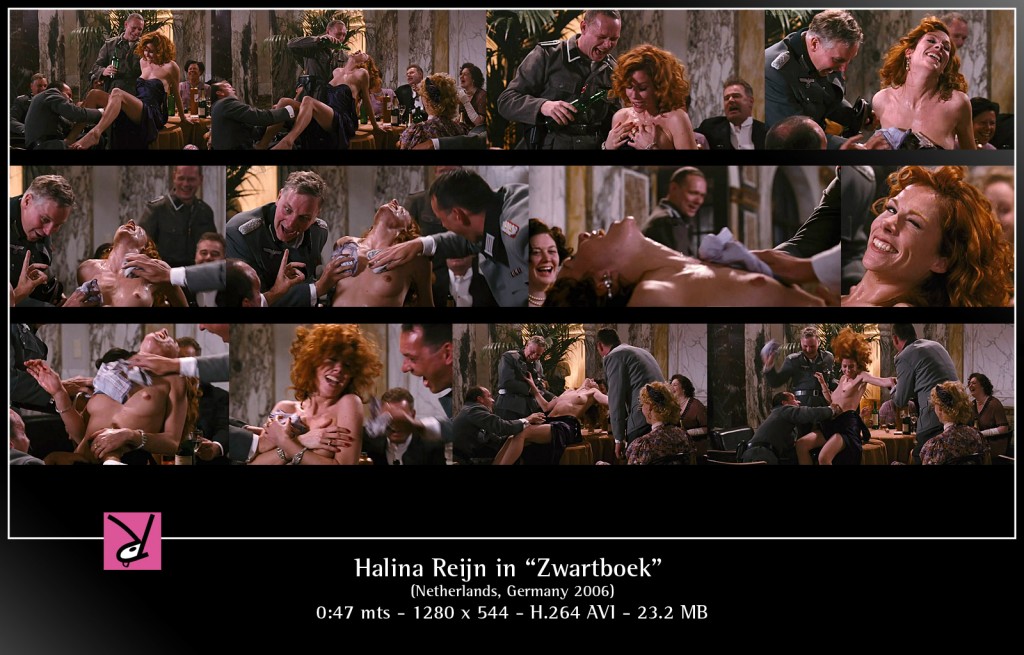 Halina Reijn in Zwartboek: She may be a drunken slut, but all’s not what you see.

Scene 6:
The Allies liberate Netherlands, and ‘Rachel’ – Ellis is now accused of having slept with the enemy. She’s held along with other Nazi prisoners and humiliated publicly, until one of her past colleagues in the Resistance recognises and rescues her. 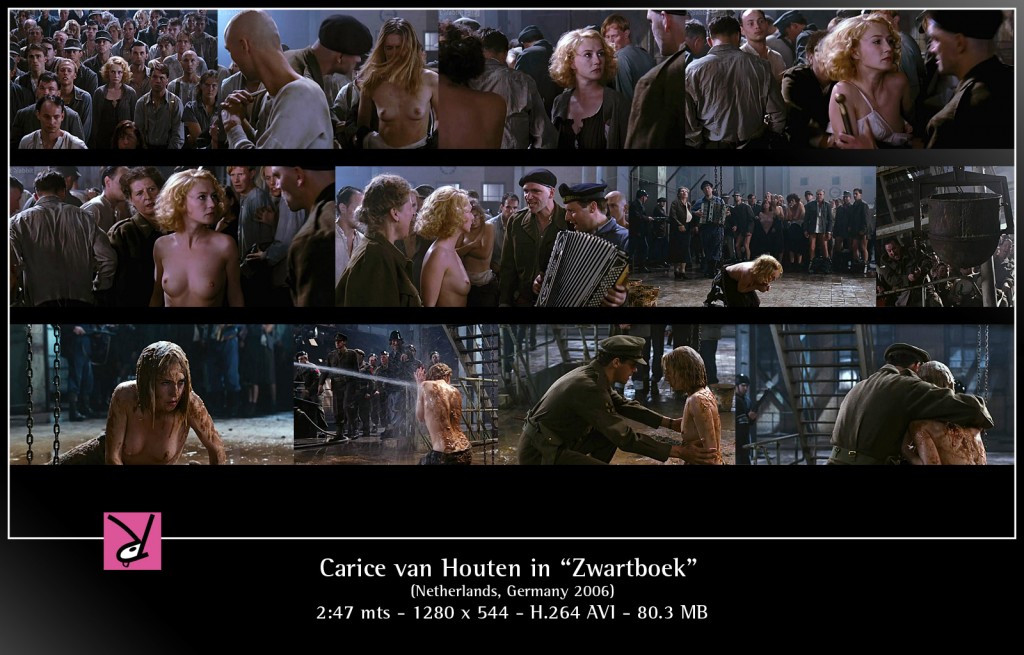