Ulrich Seidl’s beautiful 2007 drama “Import/ Export” is a portrait of two lives – Olga, a Ukranian nurse who travels to Vienna to improve her life, and Paul, an ex security guard who accompanies his stepdad in the opposite direction to dispose off out-of-production junk in remote towns of Ukraine. The beauty of the film is in its simple narrative – nevertheless borne out of profound insight, Mr. Seidl allows us to watch what is happening and draw our own conclusions – the intelligent viewer with patience will obviously reap greater rewards from this film.

Ekateryna Rak and Others
Olga, played by Ekateryna Rak, supplements her meagre income by joining her friend, Natalya Baranova, at a cyber sex firm – this extended scene is of Ekateryna observing and learning from the other ladies at the establishment, such as Katka Ackermannova, Lucie Radlova, and Zdenka Tothova. 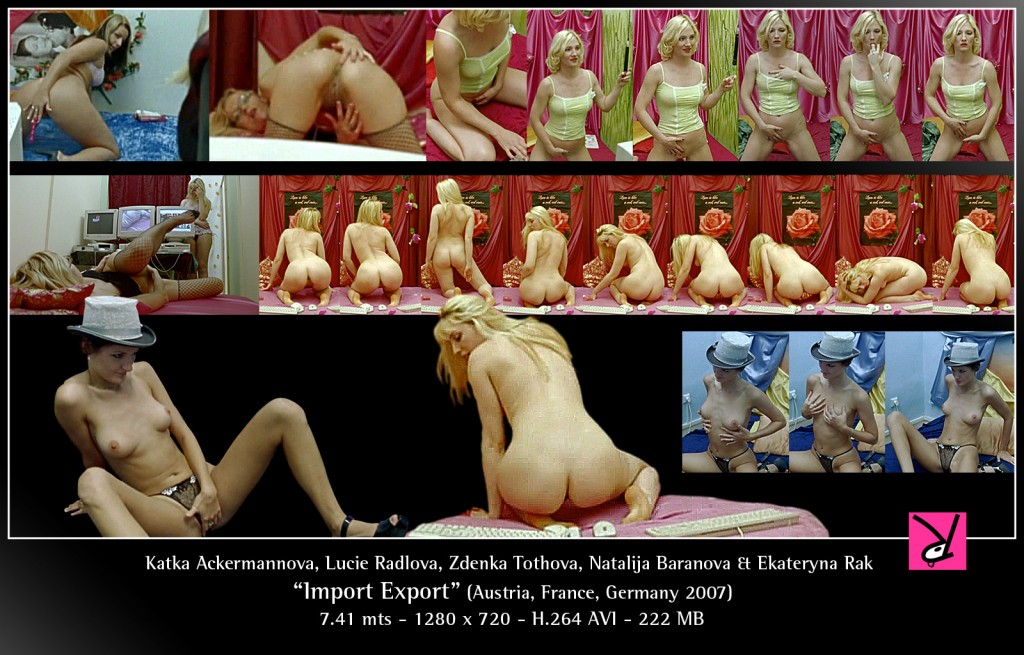 Anastasia Sergeyeva
Paul’s stepdad hires a prostitute at a hotel, but Paul is reluctant to join him in making an ass of himself. 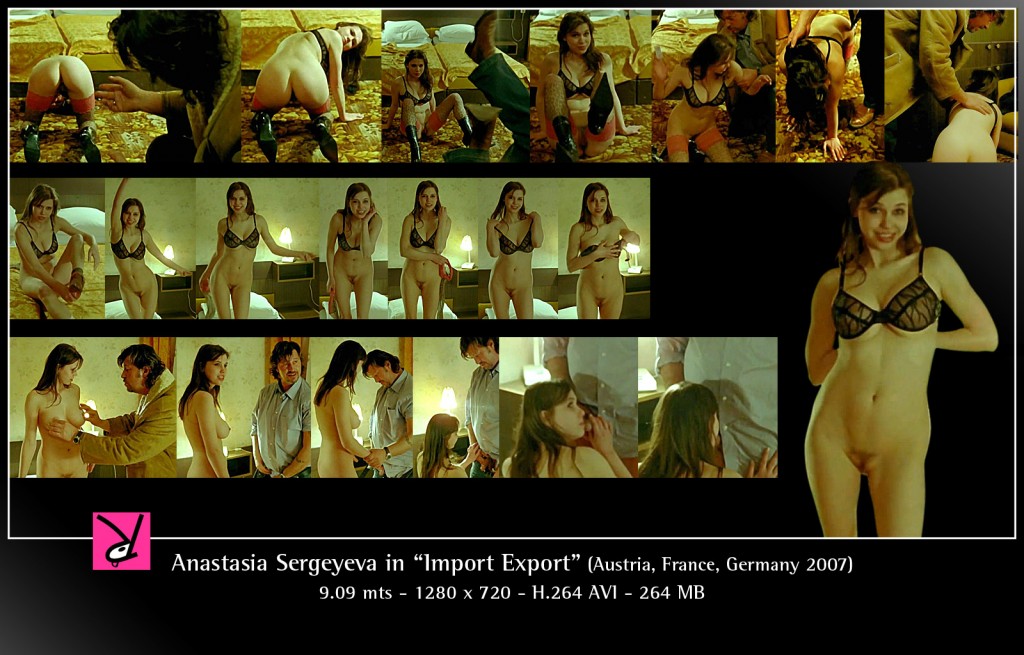