Veteran director Jean-Pierre Mocky started off as an actor and started making films by himself from the early sixties. Some of his films even find pride of place in the canon of world cinema. However, Mocky defies categorisation because he has dipped into almost every genre there is – and has written, produced, and acted in many of them. A non-conformist, he could be sublime and also eye-poppingly careless in the same film, but despite the occasional forgettable film showing up in his credits, he has maintained a loyal following among art-film fans. 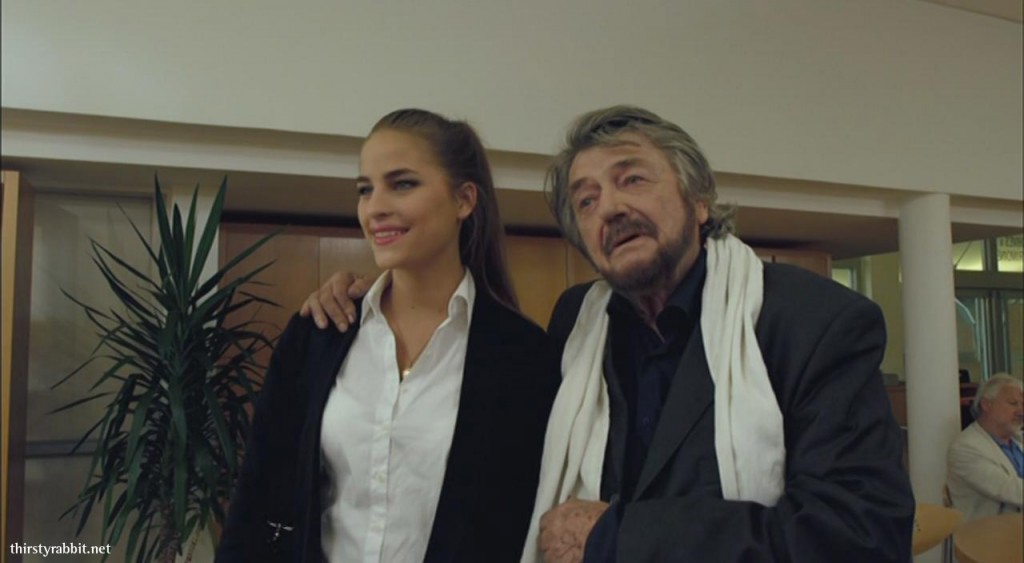 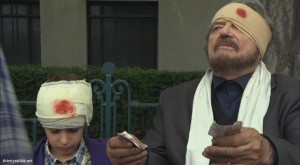 I’ll start his filmography with one of his recent films, “Le mentor” (The Mentor), a contemporary comedy slightly out-of-touch with present times. The plot is naive perhaps, but it’s charming nevertheless, and pleasant to watch. He also plays the film’s lead character. 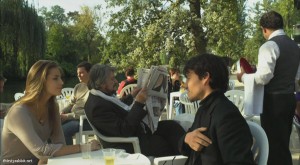 Businessman Ludovic (Jean-Pierre Mocky) becomes bankrupt thanks partly to a messy divorce. Living on the streets and getting by through questionable resourcefulness – he’s now a con artiste and cheat extraordinaire, he overhears a conversation between lovers Christian (Clovis Fouin) and Annette (Solène Hebert), and figures out instantly that the man is anything but progressive and will make a terrible partner. 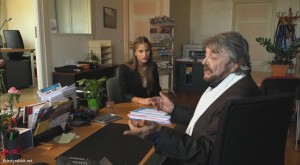 Ludovic decides to ‘rescue’ Annette from her relationship by becoming her mentor. Learning that she’s looking for a job, he dupes her into applying for a fictitious job offer, and calls her for an interview in a friend’s office after closing hours. 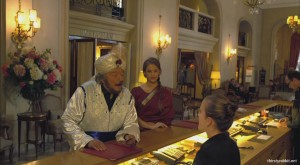 It doesn’t take long for Annette to identify Ludovic for the pauper that he his, but accepts him for his charming ways and kindness towards her. Besides, he finds her a ‘real’ job through an acquaintance, and also plays cupid to get herself a new boyfriend. Annette too readily joins ‘papa’ in his various hustles, and all ends well… 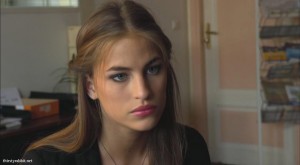 This might be light entertainment with lots of credibility issues, production goofs and technical mistakes, but it is also a film that’s charming enough that you’ll momentarily forget its imperfections. As a bonus, the camera is in love with the very French, very easy-on-the-eye Solène Hebert – and the charismatic young newcomer can also act. At least for these reasons, the film is Recommended Viewing..!

The Nudity: Solène Hebert, Bettina Kox, Daphnée Lecerf, and Anksa Kara
There’s frontal nudity from Solène Hebert when her character surprises Ludovic by stepping into the room naked. In another scene, we see three female customers in a spa where the never-say-die Ludovic tries his hands, as a masseur.