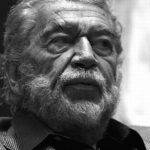 It has taken a while to bring up Alain Robbe-Grillet’s filmography despite his obvious candidature for this site, simply because one would also need a passing knowledge of his important literary legacy that subsequently spawned his film career to do it any justice. Called the Nouveau Roman (New Novel), his avant-gardist literary works are said to have redefined the scope of modern novels not just in France, but all over the world.

By the time he penned his first film script for Alain Resnais’s Nouvelle Vague masterpiece “Last Year at Marienbad”, he was already a celebrated writer. Resnais’s, and to some extent Antonioni’s influence can readily be seen in Robbe-Grillet’s first film as writer-director, “L’Immortelle”, but his subsequent films began to take on a distinct identity of their own. Whatever Robbe-Grillet did in film, Jean Rollin and Jesus Franco stylistically appropriated, or at the very least drew considerable inspiration from. In return, Robbe-Grillet parodied their work along with those of mainstream stalwarts such as Claude Chabrol and Mario Bava to the extent that his later films came to be seen as a parody of parodies.

Despite all that, Alain Robbe-Grillet’s core concern in all his films remained unchanged right from ‘Marienbad’ – it is about deconstructing the role memory plays for both his characters and the audience – whether playing a part, reading a novel or watching a film. Events are often obsessively repeated – even from the same character’s point of view, not only leading to the same outcome with a different nuance, but sometimes also to variable outcomes – in short, we cannot take anything we see on screen for granted – avant-garde, for sure.

Alain Robbe-Grillet’s mid-career comedy “Le jeu avec le feu” [Eng. Title: Playing With Fire] can politely be described as an intensely self-aware parody. I prefer to call it a piss-take of Italian gialli. What you see in the film is not necessarily the truth, and characters are also not what they claim to be. To add to the chaos, actors return to play different characters during its run-time – perhaps this is a Freudian examination, perhaps it is reminding us that everything, like the film, is make-believe, or perhaps the characters themselves are two-faced.

The film begins with banker Georges de Saxe (Philippe Noiret) receiving a demand for ransom from a couple of visiting baddies for something they haven’t achieved yet – they’re yet to kidnap the banker’s precious daughter Carolina (Anicée Alvina), who’s still safely ensconced in her room upstairs.

In order to protect her, Georges hires detective Frantz (Jean-Louis Trintignant) who’d been telegraphed to the audience in advance as working for the kidnappers. Frantz suggests housing Carolina for her own protection at a place the kidnappers would least bother to look – a high-class brothel run by Erica von Eigher (Martine Jouot). He introduces the place to an innocent Carolina as some kind of a ‘clinic’ for women suffering from ‘exhaustion’.

We can easily see where this plot is heading from here, but then again, we may not. Whatever the case, it wouldn’t matter. For most of its duration, the film is an unbridled indulgence in fantasised masochism, a pastime Robbe-Grillet had never hidden or apologised for throughout his personal life. We see thugs bundle away in public view young maidens from night clubs, morning jogs, and even from wedding ceremonies. As Carolina strolls through doors in Erica’s mansion to discover torrid happenings à la Alice in Wonderland, the film teases the audience through Carolina’s implied and faux sexual awakening. It gets ridiculous towards the end to such an extent that a character even complains to camera that the typist girl had messed up the film’s script sequence..!

What is noteworthy however is the straight face with which some of the biggest stars in French cinema play their respective mixed-up roles – they surely relished their outing here. The set designs and shot compositions are done with the greatest care and attention to detail that for a moment, you might think you’re watching a Visconti or Bergman. I’m sure the highbrow art circles weren’t particularly amused when they had to write about it, but perhaps that’s what also endears me to this film. Highly Recommended Viewing..!

Amazon.fr 9 DVD Box-set [PAL]
Contains the complete directorial filmography of Alain Robbe-Grillet in restored print – a bargain any way you look at it.

The Nudity: Anicée Alvina, Christine Boisson, Nathalie Zeiger, Joëlle Coeur, Sylvia Kristel, and Maranha
Considering the abundance of female nudity in the film, I felt it appropriate to categorise them into three sections dealing with abductions, exploitation, and Anicée Alvina.

1) G.I.M.P (Girls in merciless peril)
Even though I’m not the greatest fan of the above film phenomenon, the absurd situations against which they happen in this particular film make the scenes, well – almost charming. Featuring Nathalie Zeiger (girl chased by a dog in the park), Joëlle Coeur (bride), Sylvia Kristel (girl in night club), and Maranha (night club singer), the star of this section is undoubtedly a nineteen year old, alluring, and randomly ‘manhandled’ Christine Boisson who’s initially whisked off by hoodlums when she’s about to board a train. She’s not too happy when they decide to release her after realising that her parents were having financial difficulties. She’s particularly peeved at having to leave the mansion a virgin and even threatens to return with her school friends to trash the place. 🙂

2) Sadomasochism
Okay, that’s applying it with a very broad brush, but the import is the same. Featuring Christine Boisson, Nathalie Zeiger, Sylvia Kristel, and Maranha, this is about Carolina’s walk through Erica’s ‘clinic’ where abductees are subjected to all sorts of humiliation, with an instance of Nathalie Zeiger’s character also bordering on bestiality. Christine Boisson’s character is forced to play Desdemona (well, that can be harrowing) against Philippe Noiret’s shoe polished Othello. There are also implied references to necrophilia and cannibalism.

3) Anicée Alvina
It’s a shame that this Iranian French beauty passed on too early for her age, but she’d left behind, thanks in no small measure to Alain Robbe-Grillet, some memorable scenes at her youthful best. Even though she doesn’t feature in any sexual scenes, some are disconcerting nevertheless, in that her character is groped by the father on more than one occasion. In one scene, he (as some other character) bathes and puts her to sleep as one would a child. Her character is ‘punished’ later on by the same ‘father-like’ figure for trying to escape from the mansion.