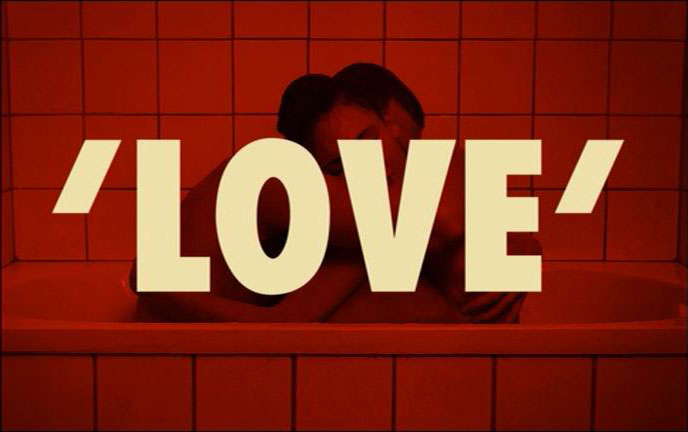 “My biggest dream in life is to make a movie that truly depicts sentimental sexuality. Why – why haven’t we seen this in cinema yet!”, exclaims Murphy. Having made his mark as an uncompromising filmmaker who worked on exceptionally difficult themes such as in “I Stand Alone” and “Irreversible“, it is apparent that through yet another extra bold no-nonsense experiment, this time X-rated, Gaspar Noé had finally managed to make his and his main character Murphy’s dream come true in “LOVE”.

At first glance, ‘Love’ might seem an uncharacteristic title for a Gaspar Noé film, especially since all of his films so far have been centred around love, often to the point of obsession. Was he perhaps a bit too conscious of the fact that the film could otherwise be mistaken for ‘porn’ – and let’s face it, there will always be many who will call it so, no matter how many convincing arguments to the contrary are put forward, or was it a sincere attempt at exploring the fact that through all the ages, sex had very often played a dominant part in early stages of a love relationship?

Loving couples, especially the young ones have sex, and if situations permit, focus considerable energies towards the endeavour than those who aren’t. If a film decides not to depict the sexual aspect of a couple’s relationship, it is perhaps because it has other things to say. But if the focus of a film is love itself, there is a valid reason to show scenes of a sexual nature. There is far more sex depicted in “Love” than in other mainstream films, to the extent that they soon loose their novelty value and we get immersed in the narrative. But what crucially sets it apart from most other ‘love’ films, is that the actors here are doing it for real (von Trier, who once took Dogme to new heights, should respectfully take note, despite the fact that Noé and Dogme are as distinguishable as apples and oranges).

A simple storyline by Noé’s standards, the film focuses on the highs and lows of an intense relationship between aspiring filmmaker Murphy (Karl Glusman) and budding artist Electra (Aomi Muyock), while they were in college. The film starts with Murphy, now living with Omi (Klara Kristin) and father to a child, receiving a voicemail from Electra’s mum worried about her daughter’s whereabouts. This kick starts a back story, mostly told through flashback in a nonlinear but nonetheless comprehensible fashion, of Murphy’s passionate and deeply affecting love affair with Electra. We learn about the way Omi entered their lives, and how the couple parted ways.

Despite the uncharted territory, Noé’s trademark is stamped all over the film. There are subtle references to some of his earlier work, whether through props, characters, or locations – Noé also appears in a couple of scenes as Electra’s ex boyfriend. In terms of performances, the actors are bold and sincere to their characters, and to go all the way – I mean, a l l   t h e   w a y, right to the ‘finish’ in the numerous sex scenes, requires something of a pioneering spirit. Apart from their performances, it is perhaps also due to the actors’ physical intimacy that their characters come ‘alive’. Having said that, the weakest among the three protagonists has to be that of Glusman’s due to his unmistakeable Hollywood-style delivery which unfortunately takes away from his otherwise impressive performance.

Visually, the film is as sumptuous as any Gaspar Noé film – there is a great deal of attention to lighting, detail and the cinematography in general (the quivering lights and disorientating sounds are thankfully kept to a minimum), even if the viewer might be hard pressed to appreciate the need for shooting the film in 3D, apart from a single, albeit memorable shot. One of the coolest tricks Noé uses in the film is the insertion of blank frames between and sometimes even during the scenes, much like mimicking the way our own memory darts from one detail to the next when remembering the past. It is a great feeling to see that Gaspar Noé, having already achieved what most filmmakers can only dream of in a lifetime, still hasn’t lost any of the edgy and brutal forthrightness for which he’s infamous; he has once again shown the middle finger to critics and the unwritten rules of the film making establishment. Bravo!, and Highly Recommended Viewing..!

About the DVD: Strangely, the Artificial Eye DVD sold at Amazon is actually NTSC, even though it is advertised as PAL. I had to buy a second, PAL version from Amazon.fr, which by the way also featured an interview with Gaspar Noé and some extended (deleted) scenes, not included in the AE release. 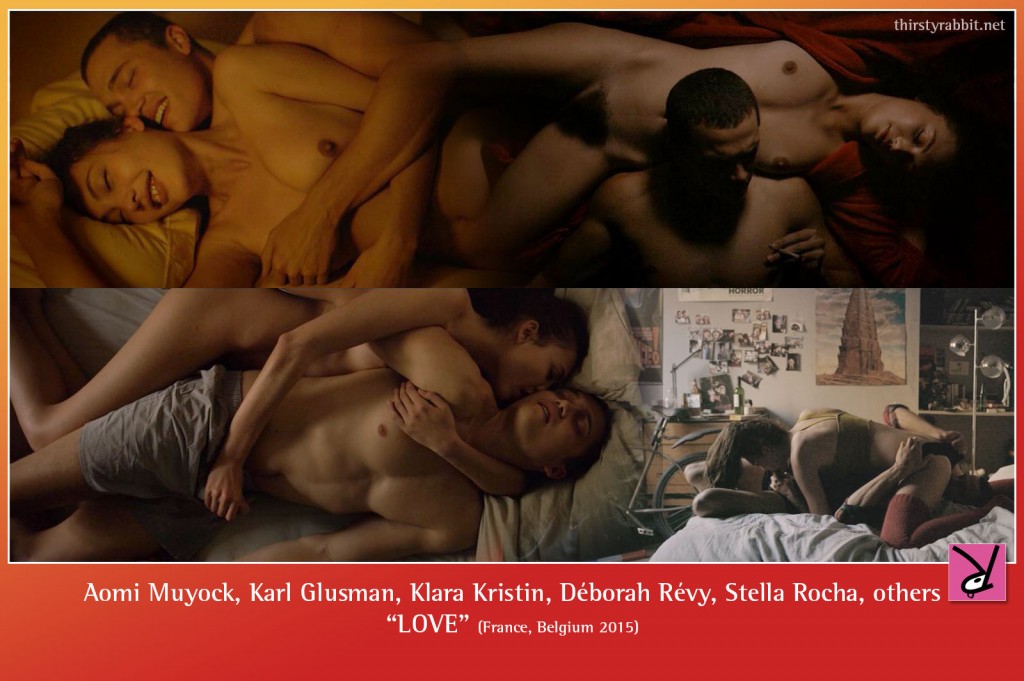