Director of repute André Téchiné’s “Les Témoins” [Eng. Title: The Witnesses] may not be his finest film, but it still oozes his customary class. The film is intelligently written and meticulously crafted, be it the direction, photography, sound, editing, acting, or the casting – it is an inspired choice indeed to have chosen Emmanuelle Béart to play the part of Sarah, a children’s book author who isn’t particularly fond of children – she’s an ambivalent mother herself.

Set in the early 80’s when the world woke up to a new reality called AIDS, the film’s narrative is given by Sarah as she writes the story of Manu, a young gay lad recently arrived in Paris, one who acquaints himself with her family through her best friend – a doctor who’s gay himself. The narrative follows Manu’s life as he becomes one of the early casualties of the dreaded disease. The characterisations are quite unconventional, but Téchiné handles them delicately enough to ensure it doesn’t look like a gimmick. He stays honest to his intentions which is to explore happiness and love from different perspectives, and allows the viewer to draw his own conclusions. Needless to say, Highly Recommended Viewing..! 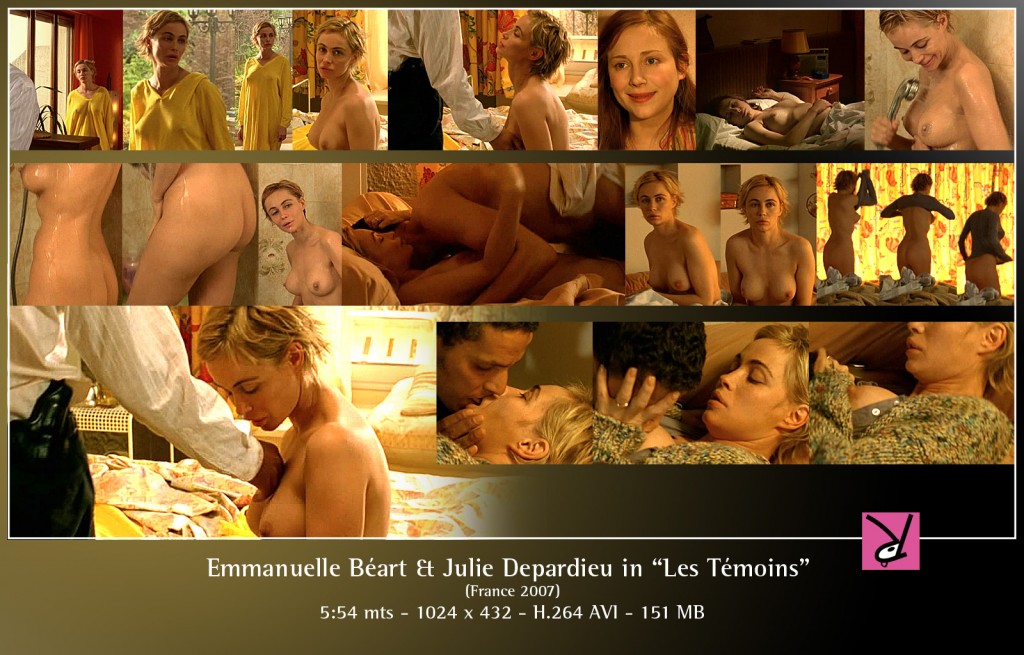 Some scenes of Emmanuelle Béart and Julie Depardieu from “Les Témoins”.