Very few people would be unaware of the great Stanley Kubrick’s ground-breaking social and ethical commentary “A Clockwork Orange” – possibly among most people’s list of their top 50 films of all-time. It is also one of the most reviewed films in the planet, and since I can’t possibly add anything new, I’ll restrict myself to describing just some of the famous nude scenes in it using compilations cut from blu-ray.

Set sometime in London of the future, young Alex is a keen exponent of ‘good-old ultraviolence’ as he terrorises the neighbourhood with his equally delinquent friends – until he ends up in prison for murdering a woman during one of his operations. He takes the opportunity to enrol in a new government scheme aimed at brainwashing convicts into ‘mending their ways’, so he could be released from prison early. Upon release, despite the fact that he’s now ‘healed’, he’s despised by everyone who bumps into him, to the extent that he nearly kills himself, and the same cynical government steps in to ‘reinstate’ his original personality. While the government thinks it has successfully manipulated Alex by acquiring his support to win back public opinion, Alex feels otherwise. 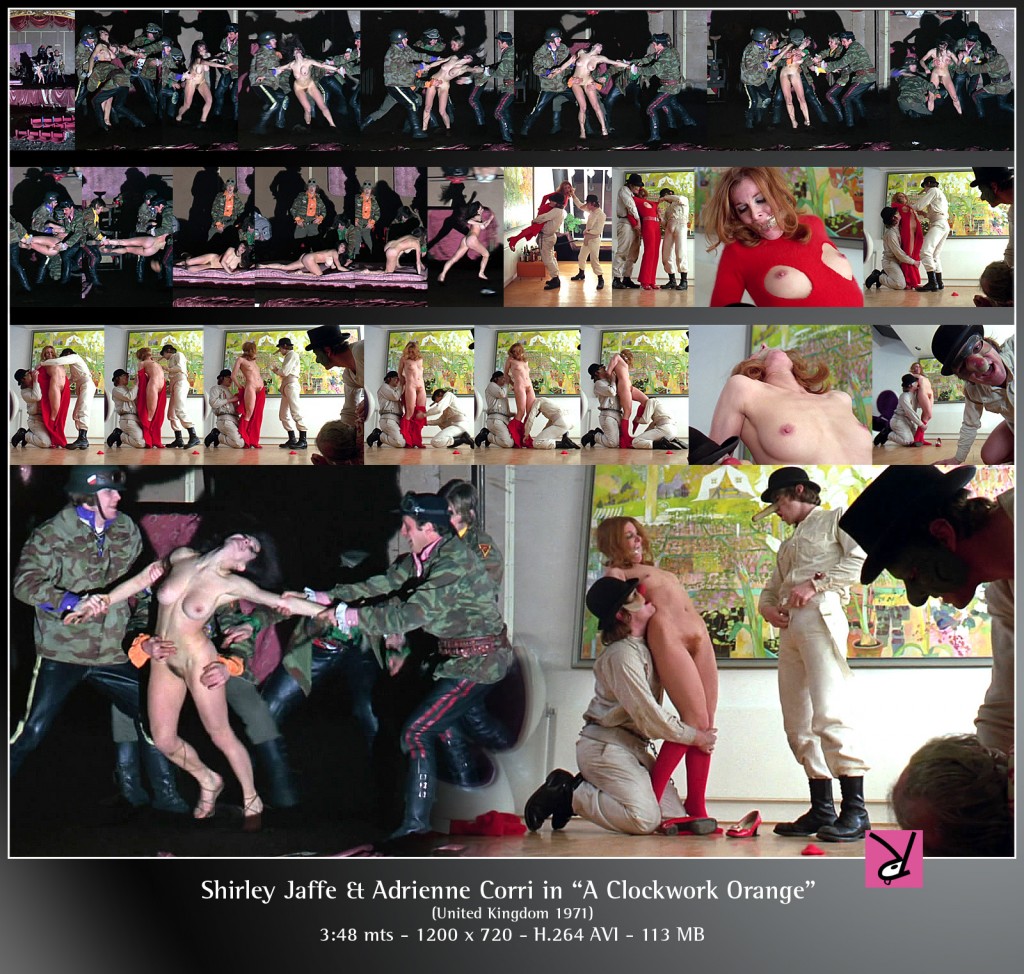 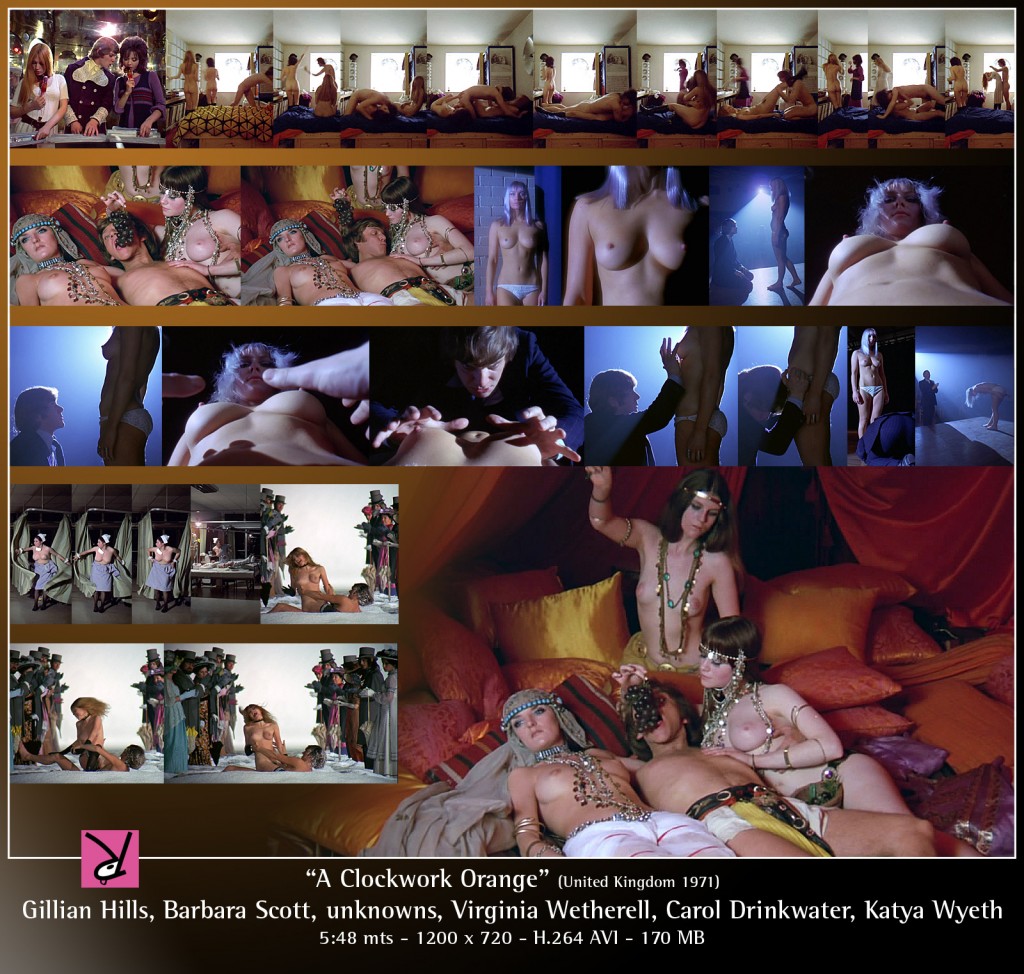