Jean-Luc Godard had wanted to do a film with Brigitte Bardot for a while, and when his first choice actress Kim Novak turned down the role for his new Franco-Italian production “Le Mépris” [Eng. Title: Contempt], an opportunity presented itself for his wish to come true. Brigitte Bardot was after all the most sought after among sex kittens by auteur directors, undoubtedly the best actress among her kind.

Brigitte Bardot was already a seasoned actress with a decade’s experience under spotlight and a world celebrity, while Godard wasn’t yet widely known beyond French New Wave devotees and of course his home country. This film would make him more widely known, not so much for its artistic merit, as discerning as it might be, but for Mlle. Bardot’s presence in it, in colour, in CinemaScope, and occasionally in the buff to top it all up – who says nudity can’t sell! Ironically Godard hated the novel and the script and couldn’t wait to get the film out of the way. That doesn’t mean he didn’t bother to apply his genius, rest assured no detail was spared, expenses included – after all the film also stars none other than one of the granddads of cinema, the German-born director Fritz Lang (remember Metropolis) – Godard certainly can’t be seen to be slacking here – and that’s some pressure! As it turned out, while this may not be Godard’s finest film (oh I hated the story too), it is interesting nevertheless because it’s something totally different from his otherwise avant garde filmography – we get to see him making a mainstream film at last. But that doesn’t mean he foregoes his trademark symbolism – far from it – it’s there in many a nook and corner if you care to look for it, right from the compositions to the colour palette, the seemingly pointless musings which can initially go past your head but return with vengeance upon reflection, and his ironic sense of humour. It is a fine, stylish film in its own right, even if it’s an atypical ‘Godard’. Those who’ve yet to get acquainted with his work can easily start here, and those who have, can see a different side of him here. Needless to say, Highly Recommended Viewing..!

Storyline:
Playwright Paul (Michel Piccoli) has been commissioned to write the script for Hollywood producer Jeremy (Jack Palance) halfway through making his cinematic version of Homer’s Odyssey. The film is directed by Fritz Lang (as himself) and Jeremy isn’t liking the way it is shaping up. But when they meet, Jeremy couldn’t help noticing Paul’s attractive wife Camille (Briggite Bardot), and the rich and powerful magnate tries everything at his disposal to entice her. When Paul pretends not to notice Jeremy’s infatuation for his wife and tacitly even encourages Camille to accompany Jeremy when asked, a rift opens in the husband-wife relationship. Paul only hoped it would placate Jeremy and enable him to complete the juicy project which could potentially pay off his mortgage, but he never envisioned this could lead to Camille loathing and wanting to leave him. For the best part of the film, the couple are arguing and hurting each other verbally as their relationship breaks apart in front of our eyes. The idealist Paul begins to equate the protagonist of the film he’s writing – Ulysses – as someone like himself, forced to wander the Aegean for ten years even after the battle had ended. According to his theory, Ulysses avoided returning to Penelope because she had already stopped loving him before he originally set sail…

Even though I own the DVD which would suit Godard fans the most for its generous interview extras, I also recommend the recent Blu-ray release of this film – sunny Capri from the 60’s and gorgeous Bardot’s curves come out in striking detail in this exceedingly well restored version. 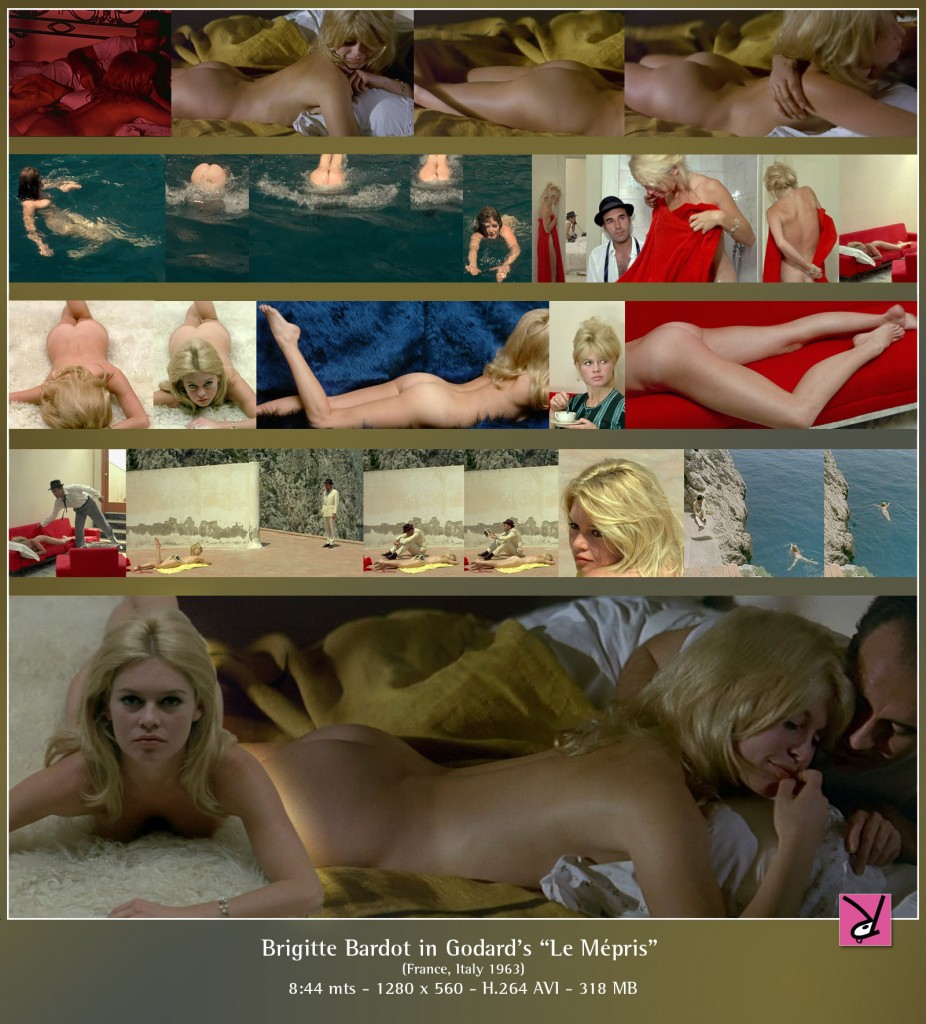