The 1980 film, “Bad Timing” is arguably the last masterpiece by the great Nicolas Roeg. He has of course made some fine films later, but none of them reach the heights set here, be it the characterisation, direction, or the editing – one can devote entire articles to each of the above features – so much to see and appreciate. Add to this Anthony Richmond’s excellent cinematography, the eclectic soundtrack, and not least the superlative performance by actors playing the main characters – Harvey Keitel is brilliant, singer/songwriter Art Garfunkel sincere, and Theresa Russell captivating – you can see they were all ‘a team’ while making this film. Not often do I find it hard to describe how good a film actually is – even after second viewing, new information keeps sinking in.

About the film:
It’s essentially a study of two characters with conflicting interests, in love – in retrospect they shouldn’t have even met. Milena, a young American – married but carefree, meets quite the opposite, Alex – a visiting lecturer of psychoanalysis in a Vienna university. The film captures their mutual obsession and contradictions, and the tragic consequences in a series of short and sharp vignettes, flashing back and forth in time – as if being called from memory spontaneously. Mr. Roeg also explains in an interview among the DVD extras, the reasons for adopting this style. The splintered editing can be bewildering for an audience at the beginning, but will all make sense towards the end, and that is because of his sheer mastery over the film medium – to keep them engaged by feeding them just enough information at any given time, allowing us to participate emotionally in the unfolding drama. There’s also liberal use of symbolism in the character study, notably through props such as books, and artworks of Gustav Klimt and Egon Schiele. It is also surprising to learn that a film with such a racy subject was produced by Rank Organisation – they did however refuse to put in their gong man logo during the opening credits.

I’d readily recommend the NTSC Criterion Collection DVD over any other version for the sheer quality of transfer and the loaded extras. There is an absorbing interview with the Nic Roeg himself, and also some candid thoughts from his ex-wife and star of the film, Theresa Russell. She gives an outstanding performance as the wild orchid Milena – she’s also incredibly cute and sexy! This was the first time the twenty one year old Russell had worked with Roeg, and one can understand if they obviously hit it off, on and off stage. Needless to say, Highly Recommended Viewing..!

The Nudity: Theresa Russell, Ellan Fartt, Dana Gillespie, and unknown actress
It would be impossible to give a nude-scene guide that would make sense, as each of these are inter-cut with flashbacks and flash forwards – you just have to watch it. There are also some near-candid, but sensual scenes in between, notably that of Russell and Garfunkel in the car when she unintentionally spills a drink over her dress – the dialogue was not in the script but used nevertheless, and the expression in Garfunkel’s face is priceless. I’ve also edited out a few seconds of nudity that could have given too much of the plot away. 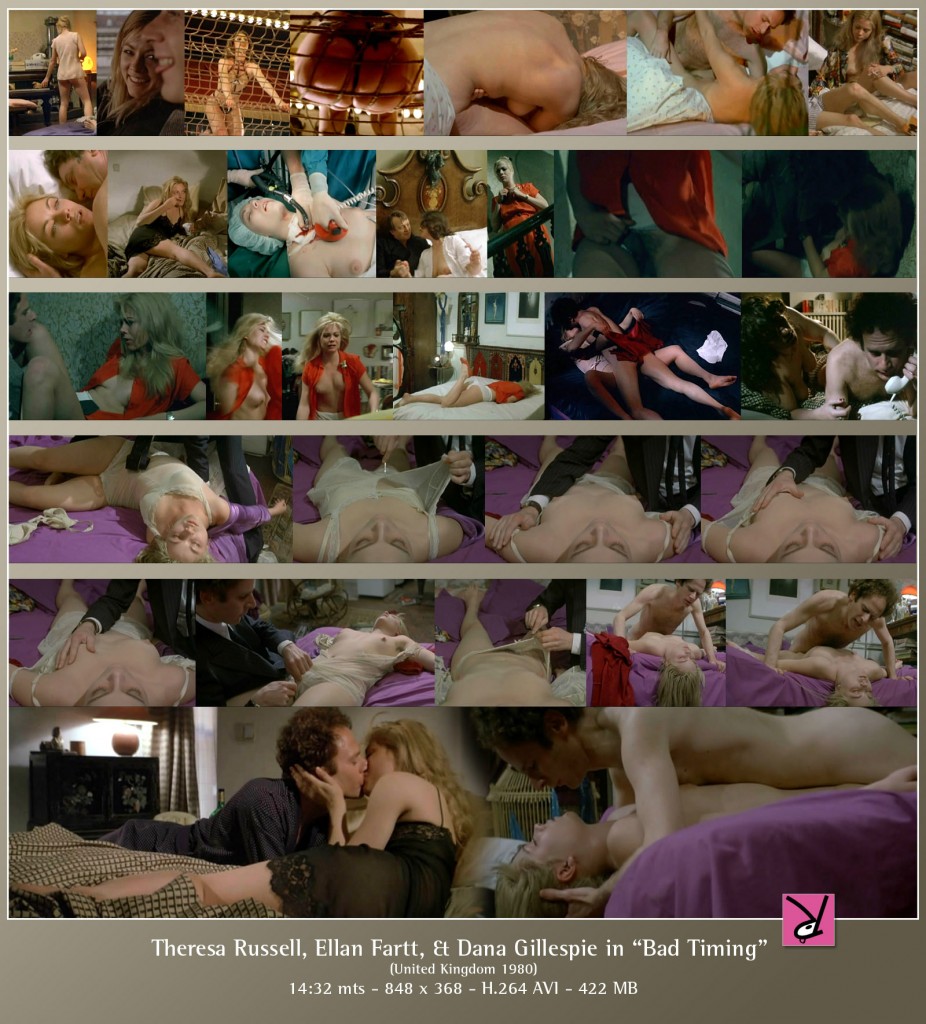