Peter Greenaway’s film “Nightwatching” dramatises a time in the life of the great Dutch painter Rembrandt van Rijn; the circumstances surrounding the creation of one of his most famous works, The Night Watch – a colossal military group-portrait of the Amsterdam Civil Guards.

Peter Greenaway:
Few need introduction to British writer-director Peter Greenaway – his films might not have been huge box-office draws, but he is highly regarded for his spectacular films, loaded with cryptic messages and stunning imagery, that will more often than not, provoke, and challenge an audience. His early films had a preponderance of sex, death, and decay, alongside the habit of inviting viewers to participate in his number and word games. In terms of artistic leanings, Greenaway, a painter himself, would be completely at home in Renaissance or Baroque Europe – his frames are often carefully lit formal compositions, as if trying to bring to life grand canvases from those old masters, and even his tracking shots give the feeling of walking past lined up paintings in an art gallery. However, Greenaway is not for a casual viewer as there’s always an air of the macabre lurking in his films, and even ardent fans would agree that it would be a challenge to sit through a second viewing. 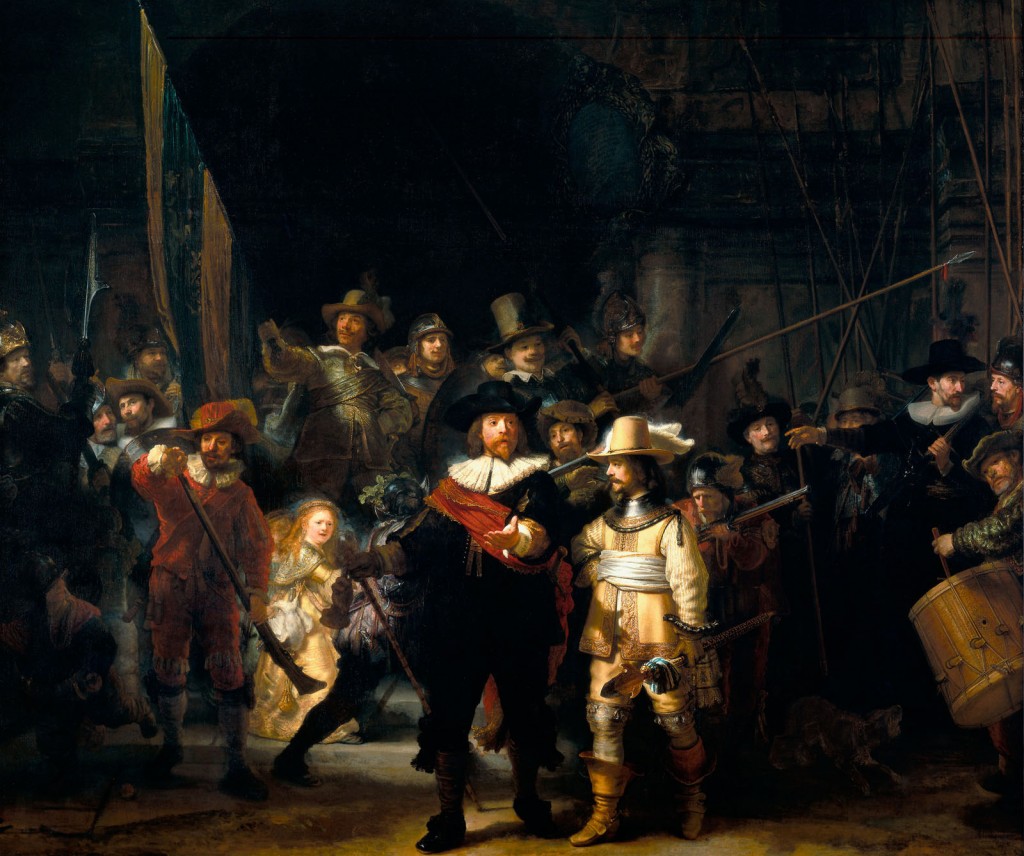 About the film:
It is a fictionalised interpretation of Rembrandt’s (Martin Freeman) life, relationships, and business dealings during the painting of The Night Watch, a commission that he’s also shown to have undertaken reluctantly. It was also around the time when his son Titus was born, contributing to wife Saskia’s (Eva Birthistle) untimely death. The painting is also considered to contain hidden clues to the death or assassination of a young officer, one which Rembrandt, for various reasons, cannot openly mention. His wife’s death affects him, but he will embark on a brief relationship with Geertje (Jodhi May), Titus’ wet-nurse, and later with the much younger maid servant Hendrickje (Emily Holmes).

The film is magnificently made with Greenaway’s customary detail. Unusually for Greenaway, this is also a traditional melodrama where ample time is allocated for characterisation, and even though he doesn’t touch on other things happening at the time like the plague, he delves considerably into the master-servant dynamics of the time, some of which are disturbing truths that need to be told. This is a traditional film, with fine performances by the main cast, and several trademark Peter Greenaway features – this would form an ideal introduction to someone who’s just beginning to explore his work. Recommended Viewing..!

The Nudity: Jodhi May, Martin Freeman, Fiona O’Shaughnessy, and Emily Holmes
As with any Greenaway film, there are several instances of male and female frontal nudity from the main cast.