Paul Morrison’s 2008 biographical drama of three of the most famous artists of early 20th century Spain “Little Ashes” – Luis Buñuel (film maker), Salvador Dali (painter), and Federico García Lorca (poet/playright) follows their close friendship from university years, particularly that of Dali and Lorca. It was a revelation to learn that they apparently loved each other, and it was Dali who was dilly-dallying between his feelings for Lorca, and his ambition to succeed in mainstream society. Set amidst the backdrop of rising fascism in Europe and later the Civil War in Spain, it offers a glimpse into their relationship and respective fortunes.

The film itself is average, but it does get a bit tedious half way through. I don’t know who the intended audience was, because some of the facts and facets appear to have been ‘sanitised’ for some reason.

The purpose of this post however, is for sexy Marina Gatell, who plays the journalist Magdalena – a close friend, fan, and confidante of Lorca. Lorca and Dali are in the middle of an intimate conversation when Magdalena knocks on the door – she’s drunk, and wants Lorca to satisfy her there and then. She doesn’t notice Dali crouching in the corner of the room at first, but when she does, she gets the hint, but continues to pursue Lorca. There is an awesome rear view of Gatell in this scene which certainly caught my attention, one which I’m sure may interest others too. I’ve also appended some other assorted nudity in the film – the last part of the clip is taken from one of Buñuel and Dali’s early collaborative films. 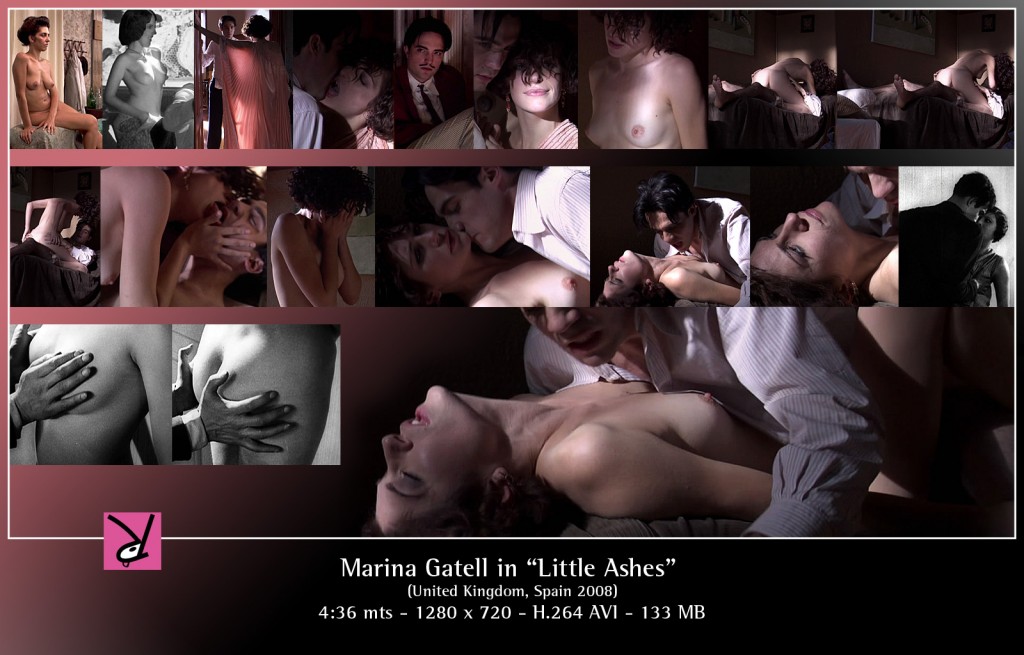 Brief but eye-popping nudity from Marina Gatell in the 2008 film, “Little Ashes”.