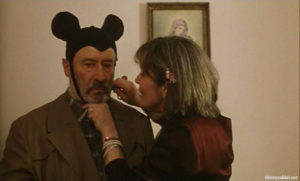 At seventy, Luciane Pintilie hadn’t lost any of his sardonic wit and biting satire when he made “Niki Ardelean, colonel în rezerva” [Eng. Title: Niki and Flo], a probing examination of conflict within a society that’s changing suddenly and too fast for the liking of some traditionalists brought up in the communist ways. 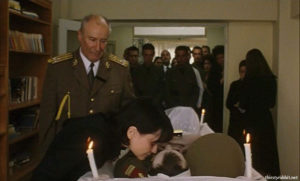 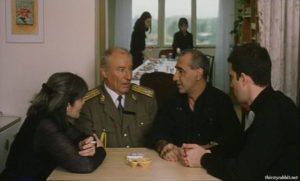 But when Angela and Eugene announce that they’d got their papers to emigrate to the US, Niki is devastated and sees his family falling apart. He dissuades the couple from emigrating citing Angela’s pregnancy, but Florian forcefully intervenes on their behalf and urges Niki to embrace modernity and change. 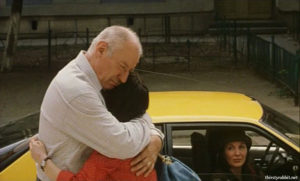 The couple waste little time in selling their belongings to fund their trip and when they bid their final goodbyes to leave for the airport, Niki could barely contain himself and collapses on the pavement. Their departure, and Niki’s wife Poucha’s (Coca Bloos) fading health adds to his anxieties. A video presented by Florian to Niki, of Angela and Eugen’s wedding subtly brings to fore the latent tensions between the friends’ families, and takes on a new meaning when Niki hears about Angela and Eugen only through a postcard sent exclusively to Florian. It leads to an unexpectedly shocking denouement… 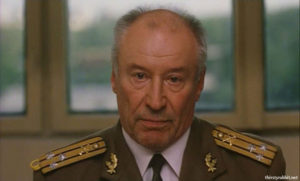 Pintilie handles the film in his unique style by making piercing observations using a clever combination of realistic and absurd situations reminiscent of the Czech New Wave. Ably supported by his main cast and well produced, the film is a reminder of the director’s abilities as an auteur who still has something new to say about his country. Needless to say, this almost forgotten little gem of a film is Highly Recommended Viewing..!

The Nudity: Dorina Chiriac, Serban Pavlu, and Razvan Vasilescu
In a long and memorably frank scene, Angela and Eugen, while discussing their finances concerning their travel, change subject halfway by talking about and feeling each other’s genitals. Eugen asks Angela to either shave it regularly or leave a bit of pubic hair so that it doesn’t cause him discomfort while having sex. Florian is briefly nude in the bath when he has an accident. There is also brief nudity when Angela undresses in the wedding video shot by her father in law.