Lust, and a passion for cinema – João Paulo Simões

João Paulo Simões is a young Portuguese film maker based in England. Intrigued by his eclectic work, which ranged from documentaries and short films, to stylised hybrid music videos, I requested an interview, to which he readily agreed. His answers in this exclusive interview are revealing of someone rich in ideas and a passion for the film medium.

How did you get started in making films?

Film is something that I always knew I wanted to do – from a very young age, in fact. When other boys were still wanting to be firemen, I was already giving that answer to bemused grown-ups. Then, literature and music sidetracked me slightly, but the angle of approach, in every form of artistic expression, was always cinematic.
After a few experimental films in Portugal, I moved to England and trained as an editor – cutting films on celluloid. Editing is unquestionably the most important skill/knowledge a film director should have. No one can teach you how to be a good director (that comes mostly with experience). But, in turn, if you can edit, you become a much better director (because you’re editing the scenes in your mind as you’re shooting them). The transition from film student to filmmaker was a smooth one, as I got to write and direct my first short (Imogen Meets the Merchant, filmed on Super 16mm) in 2000, straight after graduating.

Do you consider yourself predominantly a director or writer-director?

My heart is in fiction and I never pretended otherwise. I have a passion for formulating new realities through the written word. I never expected or particularly wanted to make documentaries. These have happened by accident or the default of establishing Frontier Media, with the sole intention of separating commissioned work from more personal artistic endeavours.
Interestingly, the boundaries began to blur through the years. A good example of this is perhaps the music video format, which, when commissioned with enough creative freedom can result in something quite unique… 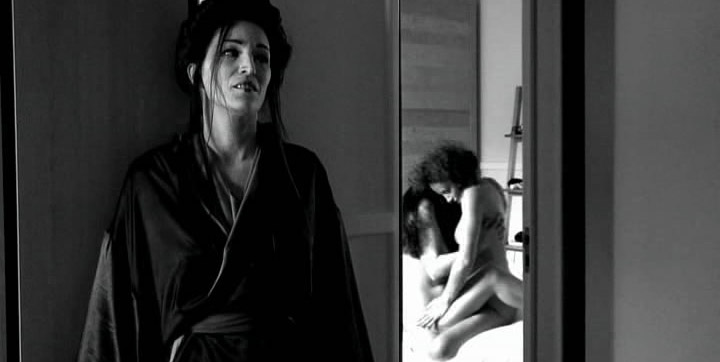 Your most recent film is an extended music video called “Lust”. But it also contains interesting concepts that are worth exploring on their own. Tell us a bit about the project, and the challenges.

Lust was designed to be my return to a straight music video approach, but circumstances dictated that it had to evolve into (what has become perceived as) my trademark: a hybrid piece, in which the music drops and we follow the loosely established plot for a while, before wrapping all up with the return of the main tune.
Between 2009 and 2012, I made three films/music videos following this structure – Amar Salgado (for Sara Belo’s band Nanashi), Victim (for one of my favourite artists, Anna Wildsmith, and her industrial symphonic project Sow) and He Can Delve in Hearts (for my regular collaborator Matt Howden’s project Sieben).
Still, there was a lot of room for new ideas in Lust. I would say that the result is a decent balance between aesthetic re-invention and playful self-reference.
The production was problematic throughout. We went over-budget in no time and I had to deal with a few rotten apples, to mention some of our difficulties. But all this served to highlight what was definitely most successful within the finished film. Essentially, seeds have been planted…
The team behind the ‘Alfama Monogatari’ segment showed interest in expanding the theme of afterlife lust almost as soon as we wrapped that side of the production in Lisbon. Co-producer Sara Belo (who also plays the ghostly kabuki figure in the segment) is very much interested in developing it further.
An other definite spin-off of Lust will place the disabled character from the segment ‘…Yet Her Fire Must Burn’ (majestically played by Aysegül Thornett) in a new thought-provoking context.

Some of your compositions are reminiscent of Manga, and yet formal narrative doesn’t appear to be your main interest. Is experimentation a conscious decision?

One could say comic books are my true background. I’m a collector and grew up writing and illustrating my own. It’s there, as my artistic DNA, whenever I’m designing the right aesthetics for each film. But when it came to Lust, it was very clear that a more extreme approach was necessary. Due to the erotic content, I knew I was going to shoot in black & white (because I wanted to eradicate real skin tones and bypass titillation), but then I thought “why not go all the way and embrace the Manga thing?” That, in turn, became a curious counterpoint to the narrative.
Generally-speaking, Manga either has over-complex narratives or incredibly simplistic plots. I refer to the different parts of Lust as segments, but they would more appropriately be called fragments. I was interested in offering exactly what they are: shreds of character-driven narrative, glimpses into a myriad of moments unified only by lust…
This recurrent approach can be seen as experimentation, yes, but it’s rooted in deeper, more personal beliefs concerning the role of Cinema.
The way I see it, music videos are the perfect platform for experimentation (there’s less of a moral duty towards the art form, because the visuals are meant to be subservient to the music). In Cinema, there’s a lot more to take into account and my approach tends to be rather formal. A constant pursuit of simplicity, if you will. That said, in the right hands and employed in the right measure, experimentation can push boundaries, provoke reactions, affect perceptions and, therefore, push the art form forward.

What other films have you worked on, and do they include TV as well?

I’ve made a number of films through the years, each with a different set of challenges, but all rewarding experiences in their own right. The connections to TV have been sporadic and mostly peripheral.
I have worked with some UK terrestrial broadcast mammoths like the BBC and ITV, but mostly through the factual/documentary side of my freelance work.
My fourth film ‘Duchess, Duchess’ had its worldwide rights bought by Sky and was broadcast four times on one of their channels.
The pilot episode of the web series ‘Where Her Dreams End’ will be broadcast on a US cable channel in the near future.
Amongst the films that I’ve had most pleasure making, I must highlight Torpor – my first Portuguese-language film, narrated by the incredible Natália Luíza, which kick-started the ongoing collaboration with actor Alexandre Guedes de Sousa, who appears more recently in Lust, Ausências de Espírito – for its delicate balance of themes I cherish, and personal passions, such as Architecture, Antlers of Reason – for the remarkable creative freedom and immersion in character, Mercy – yet to reach a wider audience, but which could not have been made at any other point in my career, and benefited from the commitment of a number of individuals who gave their best and more, and He Can Delve in Hearts – because the music of Sieben always fits so perfectly with my vision and I have now in Matt Howden a good friend and reliable collaborator, unafraid to embrace the darkness I can bring to a project.

You also edit the film section of a Sheffield magazine, which means you are clearly a cinema buff. What kind of films and filmmakers do you draw inspiration from?

I tend to say that I draw inspiration from both good and bad cinema. Although what defines either is sure to be subjective, the one thing I have little time for is overrated mediocrity or certain directors whose work displays a condescending dishonesty.
There are a handful of true filmmakers that were crucial in my development: Antonioni, Bergman, Kubrick, Tarkovsky… those guys were proper scavengers of the human soul and through their work, Cinema leapt forward in innovation and expression. I have a huge respect for Lynch, Cronenberg, Kieslowski and Haneke. But I’m certainly fond of Andrej Zulawski, Walerian Borowczyk and the recently departed Jess Franco.
Films that I can think of (which had an incredible personal impact in the past couple of decades) are Todd Haynes’s Safe, David Lynch’s Lost Highway, Bruno Dumont’s L’Humanité, David Cronenberg’s Crash, Leos Carax’s Pola X, and Stanley Kubrick’s Eyes Wide Shut, to name a few. I’ve made sure they all featured on the Filmreel section of Now Then Magazine. 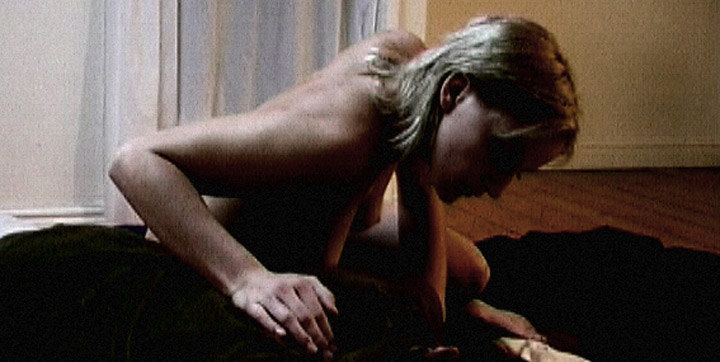 Why Sheffield, instead of London, or even Lisbon?

Sheffield (in the north of England) became a fixed base, in part, because I always believed that where you live doesn’t need to be the place where you work.
It’s a safe haven to go back to and full of cinematic advantages in its own right (proximity to Nature in contrast with signs of a recent industrial past), but I have made more commissioned work in Portugal and other areas of the UK than in Sheffield. I’ve also filmed many more hours of fictional footage in Portugal, Spain and Italy than I ever did in England…

Are you presently working on any new projects?

Yes. At the moment, I’m in post-production with a Portuguese documentary entitled A Vida é Simples (Life is Simple), about the carefully-planned suicide of a young engineer. It’s been proving to be a bigger challenge than expected.
The film is again a co-production with Sara Belo (Amar Salgado, Lust), who has also optioned and wants to revive an older feature-length project of mine called O Tempo e Dez Mulheres (Time & Ten Women) for later in the year.
Other commissioned work aside, the second half of 2013 is going to include the post-production and release of another long-nurtured project: the continuation of Torpor; and there’s been an expansion into a new area, with the visual complement the dance performance COR/PO, which has been choreographed by Angelina Abel. This one is particularly close to my heart, as it’s been inspired by and incorporates my late grandfather’s poetry.
I’m also developing ‘Streaming’, an ambitious futuristic horror film about the fabrication of memories in the digital age, which will be shot throughout this and next year (aiming for a Christmas 2014 release); and working on the script for Verity – a sequel to Mercy, but with a brand-new cast. 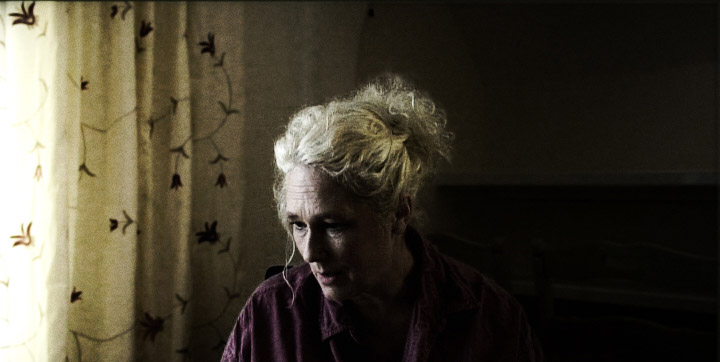 What do you do when not working on a film?

To be honest, most of my time is taken by making films. Even when I think I can slow down, along comes an opportunity, invitation or commission.
But I like to travel, read, write poetry, cooking, going to the odd concert and spending time with my son. Also enjoy dissecting languages, researching Architecture and keeping a nostalgic eye on certain comic book characters and graphic-novels.

How do you see the future of the film industry?

Film industry as we know it is condemned. It’s going to be a slow death, because no one wants to admit it and the resources to keep ‘the patient alive’ remain in place.
Conventional means of distribution are too established, but the ‘free-for-all’ digital age (with means of production and technology for projection) has announced its demise way over a decade ago.
The whole thing is not unlike what’s going on with the European Union, but to use a healthier parallel, it is certainly similar to what the Music Industry has been forced to acknowledge and accommodate: anyone with enough drive, skill and talent can produce and deliver art from a domestic set-up.
It’s the rise of the artisan, which is levelling things up.
These days we see a thirst for freshness and authenticity (on the part of audiences) that matches this exact digital democratisation – where even established filmmakers pursue a formal downgrade of resources in order to remain current and relevant and where work conceived independently, on low-to-no budgets, can be delivered with very high standards of quality.
We’re still far from being able to bypass distributors altogether, but they know their days are numbered… 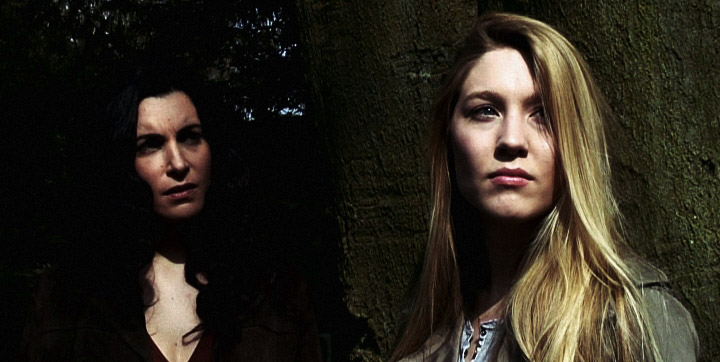 This entry was posted in -News & Interviews. Bookmark the permalink.