Writer Raúl Hernández Garrido made his directorial debut through the crime drama, “Antes de morir piensa en mí” [Eng. Trans: Before you die, think of me], a film inspired by real events – facts surrounding one of the last women to be sentenced to death under the Franco regime. It’s the unfortunate story of a young woman seeking happiness in her own misguided way.

Contrary to what IMDB ratings might suggest, this is actually a well made film with a lot going for it. The screenplay is good and direction adequate even if not ground breaking. The performances by most of the main cast is pretty good, and Sara Vallés, also making her film debut, gives a good account of herself. The sound track too is appealing. All in all, an above average fare.

The story is told using non-linear flashbacks during the court case that determined her fate, giving us a detached and non-judgemental portrait of Nina, a lonely child of a carefree single mother. Having never had a father figure, she seeks affection through older men before she falls in love with a younger man called Sergio, an apprentice under her husband Miguel. The film highlights various episodes from her life, culminating in the murder of her lover, and the apparent cannibalism that follows. The film is barely uplifting even if it attempts to lighten the mood through some comedic moments, partly because we’re made aware of Nina’s fate very early in the film. It is nevertheless a well made film, and therefore worth checking out. 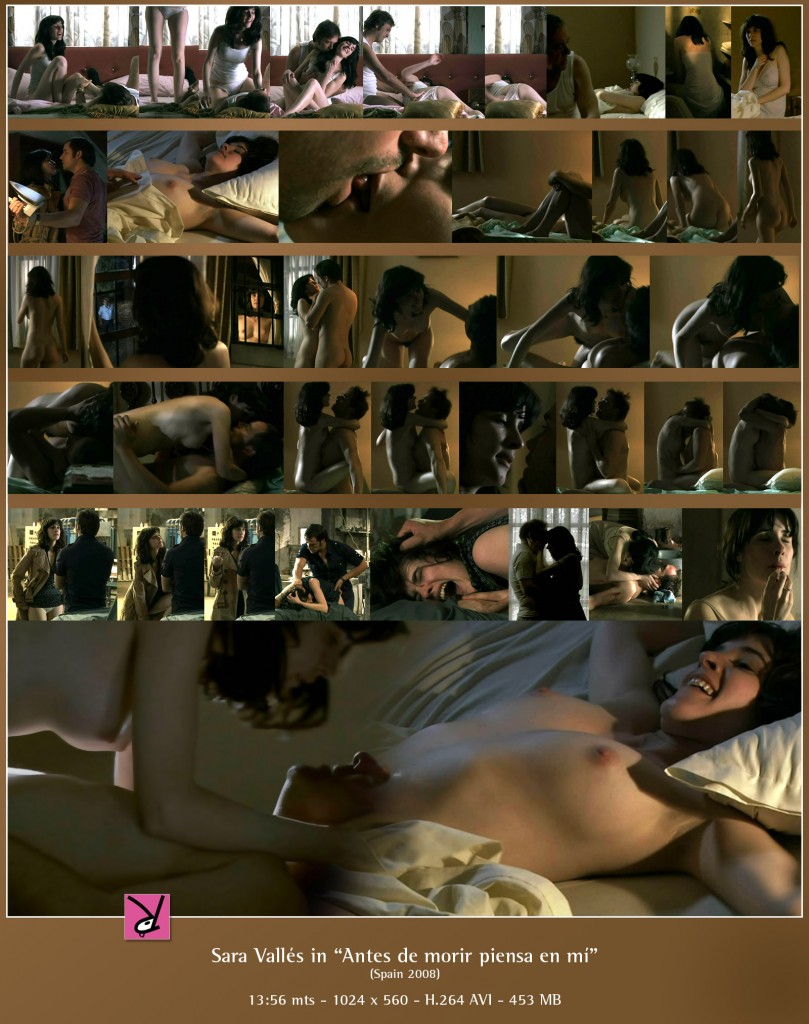 Sara Vallés may have ‘the girl next door’ look about her, but emanates passion and sensuality, and that’s perhaps what makes her endearing in “Antes de morir piensa en mí”.