Let’s be naughty for a change – this is not exactly mainstream, what the heck, it is not even cinema, it is Jesus Franco’s (oh, don’t we all remember him!) latest video film, “Paula-Paula – An audiovisual experience”.

An audiovisual experience – hmmm – it’s an experience alright, and an endurance too if I might add. This must definitely be Franco’s lowest-budgeted film – it helps I suppose if you’re the writer, director and the editor as well. But even then, this is a poorly finished film by his standards. The film’s run-time is 66 minutes, but I bet the actual footage used could be less than half that. The film is prolonged using slow-motion, that too applied during post-production, and using the laziest methods. I think he just desperately needed to get a film out. More than the ‘film’, I found the DVD extras more interesting which included a candid interview with Franco where he talks about cinema in general and his personal experiences as the maker of 200-odd films.

As far I can see, the only merit in the film is its old-school piano jazz composition which he mixes up with some modern flamenco, funk and some classical western. The reason for my post however, is Carmen Montes, a natural beauty with a typical Spanish figure, save the needlessly shaved nether regions. I’m sure she’d look good even when fully clothed, and I dearly wish someone uses her for other than these kind of flicks – she’s capable of more.

Okay, the story – Paula is interrogated by detectives after the murder of her friend, an other Paula. That’s it! 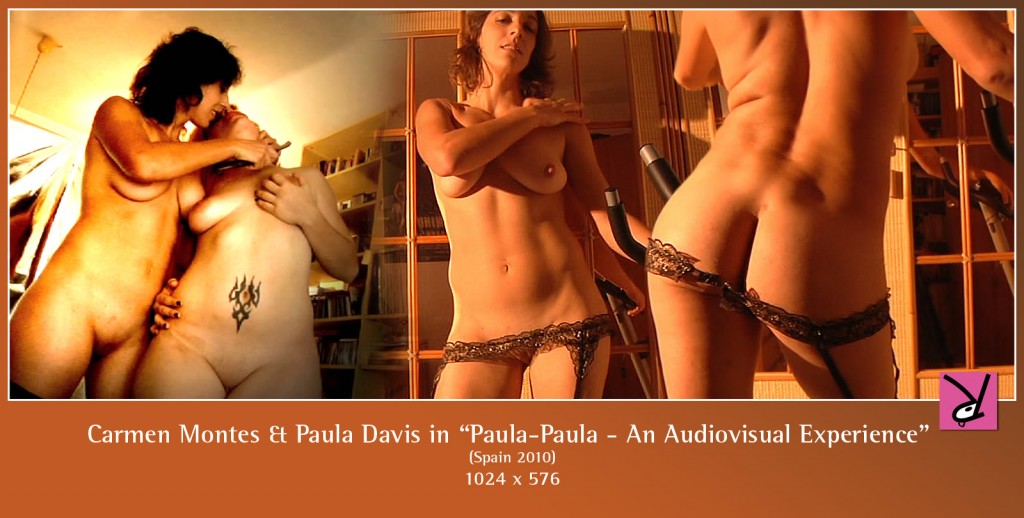