Eliseo Subiela is one of Argentina’s popular directors who likes to delve on the esoteric, Among his eclectic range of films, his 1992 romantic drama “El lado Oscuro del Corazón” [Eng. Title: The Dark Side of the Heart] is of my favourites. The same can’t be said of my DVD – the full-frame transfer is of poor quality. Having said that, mine is an old edition DVD (2004) and I don’t know if there have been subsequent editions since, but if the film ever gets a remastered release, I’ll update this post accordingly.

The film itself is beautifully crafted, and told with great passion and love. The screenplay, direction, soundtrack and particularly the script is exemplary, with a lot of dialogues taken from the poetry of Mario Benedetti (who incidentally acts in the film too – as a German poet).

In Subiela’s films, if you look beyond the subject he’d chosen and step into his world, you’ll begin to enjoy his quirky interpretations and exuberant but graceful style of film-making. Even though he may occasionally borrow from other masters, his films on the whole are totally unique and thought provoking.

Storyline:
Oliverio is a dreamer – a poet who is looking to meet the perfect woman in his life – a woman who can make him ‘fly’. He steadfastly refuses to ‘grow up’ and take responsibility – he had already separated from his wife, and now shuttles between Buenos Aires and Montenegro whenever he needs money, to ‘prostitute’ his writing talents for money in an advertising agency. It is during one of these trips that he meets Ana, a single mother who similarly prostitutes her body to survive and save up for her child. Unlike Oliverio, Ana has a practical goal typical of most women, and despite knowing that, Oliverio falls in love. Yes – they fly every time they make love, but that alone apparently isn’t enough for them to stay together. In addition to these two lovers, you have Oliverio’s nagging conscience, and ‘Death’ herself who keeps following him around, with some rather interesting interactions between them. Loosely translating one of their conversations from memory, “You keep following me – are you in love with me?” he asks. “Why don’t you take me… I bet you must be dying to feel my hand between your legs, and to have your tits squeezed, you fucking death”. She replies, “I could take you, but you still use words that stop me from doing so.” This is the kind of tone used throughout the film.

Despite the DVD quality, this is a gem of a film – incredibly romantic and gloriously escapist. Highly Recommended Viewing..! 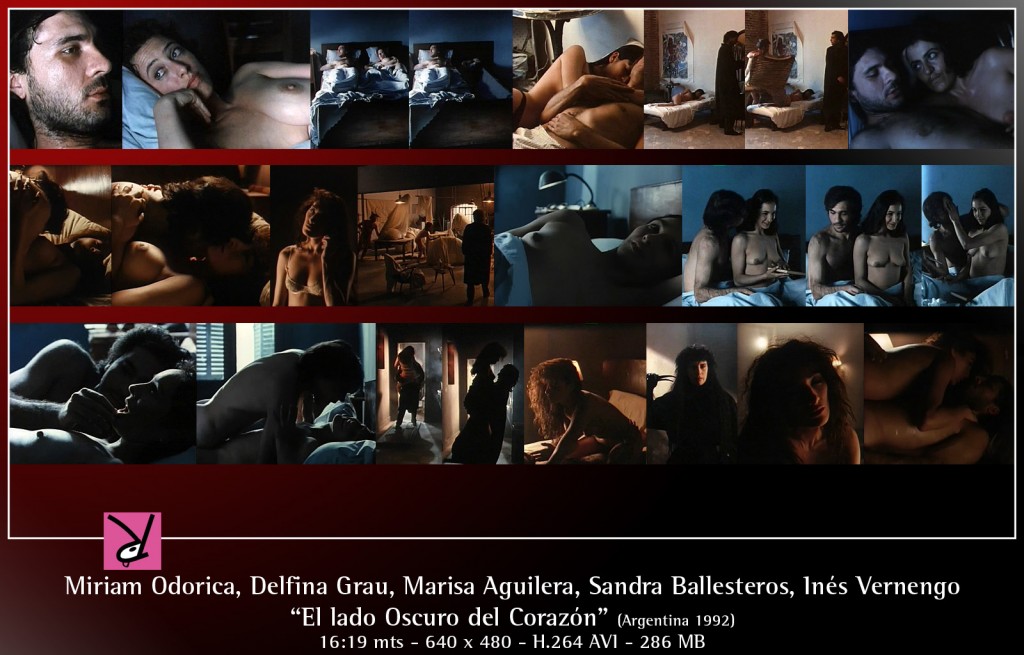 Miriam Odorica, Delfina Grau, Marisa Aguilera, Sandra Ballesteros, and Inés Vernengo all bump into the protagonist during his quest for perfect love.