A celebration of the female: “Las hijas del fuego” [Argentina 2018] 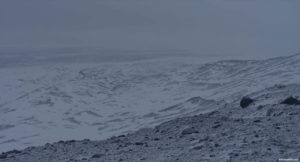 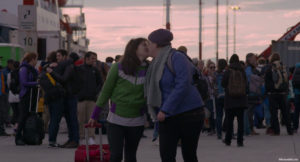 Agustina (Mijal Katzowicz), an aquatics athlete training in the tundra, is thrilled when her filmmaker-lover (Carolina Alamino) comes visiting. Together they decide to go on a road trip up north to stop Agustina’s mother (Cristina Banegas) from disposing off her dead dad’s old banger – well, it holds an emotional value for Agustina. 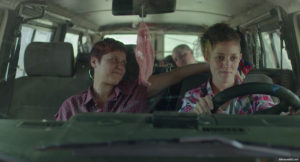 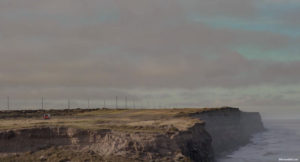 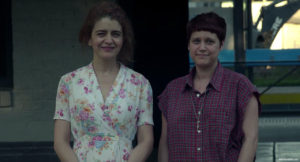 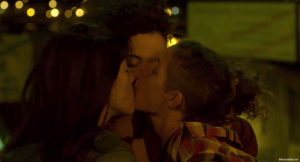 It’s interesting to see Ms. Carri join a growing list of auteurs, from Gaspar Noé to Lars von Trier, dabble in porn-making just because they can. But her film is different from the others in that not all her protagonists conform to mainstream ideals, specifically male ideals of beauty and desirability. The dolly-mixture cast come in all shapes and sizes, and also include established mainstream actresses, albeit in non-sexual roles (Sofía Gala, Erica Rivas, and Cristina Banegas). Ms. Carri certainly believes that there is no difference between women despite appearances; that they are all truly beautiful and sexually desirable. She urges women (and probably men) to challenge male constructs, so who can argue with that. And yes, this isn’t exactly porn, it is rather a celebration of the female, and definitely Recommended Viewing..!

No DVD-Link (yet)
Not sure if it was screened in MUBI at some point, but will update this part when more information becomes available.

The Nudity: Mijal Katzowicz, Carolina Alamino, Rocío Zuviría, Wanda Rzonscinsky, María Eugenia Marcet, Ivanna Colona Olsen, Carla Morales Ríos, and others
The film features intermittent sex scenes of an explicit or kinky nature, and all the main cast perform non-simulated sex. There are BDSM-themed scenes, and one even suggesting female ejaculation (probably for the first time in any non-porn film). The alpine-meadow sex scene reminds one of German sex-comedies from the seventies, but the pièce de résistance is certainly the in-your-face masturbation, shot in real-time, as the group of revellers in the background gradually thin away. This long scene is the film’s closing shot, suggesting in auteur-terms perhaps, that she is the female voyeur as well as the participant. Hurrah to self-love!