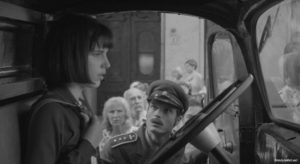 Petr Kazda and Tomás Weinreb make a memorable directorial feature film debut with their biopic, “I, Olga” [Orig. Title: Já, Olga Hepnarová]. Olga Hepnarová was the last woman to be executed in Czechoslovakia in 1975 after she was found guilty of intentionally causing the death of eight elderly people and injuring several others by running them over with her truck. the film tries to explore events in Olga’s life that may have contributed to her desire to ‘seek revenge’ on society in general. 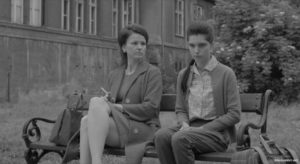 We follow troubled teen Olga (Michalina Olszanska) from the day of her attempted suicide, when her mother (Klára Melísková) remarks coldly after bringing her back from the hospital, “To commit suicide you need a strong will, something you certainly don’t have”. Olga, we’re led to believe, has felt alienated even while growing up in an educated middle class household. 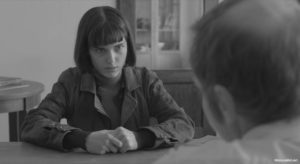 Olga’s sense of alienation is reinforced during her spell in institutions where she’s bullied and abused by others, even if some of her woes might have been brought upon by herself in pushing away people who may have even wanted to help her. Unable to hold down a job, she ends up working as a truck driver, and secretly nurtures a hatred towards a society seemingly unsympathetic to her suffering. 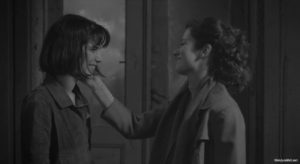 At twenty, Olga is a confused young woman even unsure of her sexuality and likens herself to a sexual cripple – she begins a lesbian affair and falls in love with co-worker Jitka (Marika Soposká), even though the latter is in a long-term relationship with another woman. She subsequently has casual relations with other women and men, but never tries to work on a long-term relationship with any of them. But some of them nevertheless remain with her until the end. 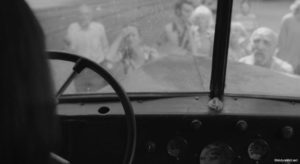 Two thirds of the film is thus dedicated to constructing Olga’s confused, discontented character and her world, and until then it works well as a drama on its own. It’s the final third of the film, covering events after she ploughs through a group of elderly people waiting at a tram stop that it falters slightly. We don’t ‘study’ Olga any longer and are merely presented facts during and after her trial, in which she defiantly but unconvincingly proclaims death penalty on society itself, whose ‘bestiality’ she had allegedly been a victim of. It’s as if the directors themselves didn’t want to have an opinion about Olga’s actions, but somehow want us to empathise with her. 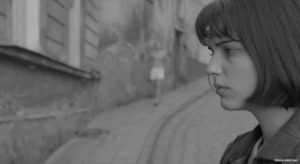 This is partly because even though Ms. Olszanska gives an impressive performance as the confused and angry Olga, she doesn’t convincingly come across as a psychopath; a geeky rebel going through a goth phase perhaps, but certainly not a scheming mass murderer (she’s far too cute-looking and that doesn’t help either). But then again, may be the world wasn’t ready for Olga too and didn’t quite know how to deal with her, who knows. However, despite these minor flaws, the film is well made and shows a lot of promise for the director duo. It also boasts impressive black and white cinematography, with some scenes as exquisitely framed as in a Frantisek Vlácil film. An imperfect gem, but Recommended Viewing..!

The Nudity: Michalina Olszanska, Marika Soposká, and Malwina Turek
The film features two lesbian sex scenes of a fairly frank nature with nudity. The scenes may be justified for establishing Olga’s self-proclaimed sexual ambiguity. There’s also a scene where Olga flashes at a night club for perhaps the same reason.

Michalina Olszanska, Marika Soposká, and Malwina Turek, in scenes from the Czech biopic,
“I, Olga Hepnarova” [2016].