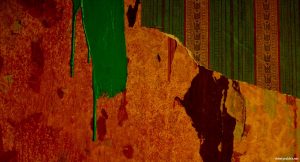 Not everyone has the calibre to use a colour palette of festive greens and reds to accentuate jaded decay. At barely twenty eight, young Russian director Kantemir Balagov achieves that and more in only his second feature, “Dylda” [Eng. Title: Beanpole], a complex drama dealing with the physical and psychological aftereffects of war. Here is a director to watch out for, for he seems determined to prove himself a worthy successor to greats such as Tarkovsky and Sokurov. 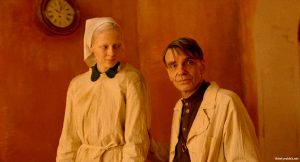 Set in a devastated Leningrad after its liberation from the long Nazi siege of the Second World War, the film focuses on two young decommissioned women returning to their city. Nicknamed Dylda for her tall and lanky appearance, Iya (Viktoria Miroshnichenko) works as a nurse in the city’s hospital treating mostly the war wounded. The hospital’s chief medical officer Nikolay (Andrey Bykov) also utilises Iya’s services to secretly ‘help’ patients beyond recovery or rehabilitation, with the consent of the concerned family member. 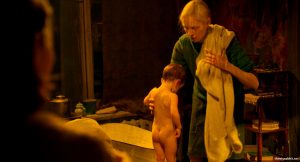 Iya suffers from sudden and infrequent paralysing seizures (post-concussion syndrome) as a result of her time at the war-front. When discharged from service, she offers to look after the toddler-son of her close friend and army colleague Masha (Vasilisa Perelygina). The well loved and cared for toddler nevertheless dies accidentally in Iya’s arms during one of her seizures in a painful and yet beautifully constructed passage of play. 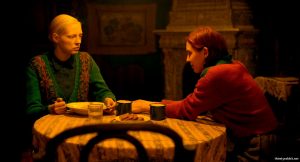 When Masha learns of her son’s death upon her return to the city, her atypical response was to decide on going dancing with Iya and getting laid. Masha, it appears, intends to make another baby to make up for her loss. Sasha (Igor Shirokov ), the son of an important government official, woos Masha and even takes her to meet his parents, but his hopes are dashed by his mother after some plain talking over dinner. 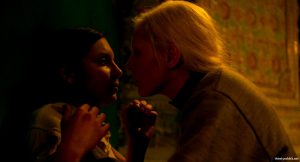 When doctors rule out the possibility of Masha ever conceiving due to the number of abortions she’d had already, she takes advantage of Iya’s sense of guilt and feelings of latent love towards her, to demand that she bear a child on her behalf. She even chooses the ‘father’ for the endeavour – none other than Iya’s boss, the chief medical officer. But the film presents enough anecdotes to prove that the damaged characters may require more than just a child to mend their trauma and rebuild their lives after the war… 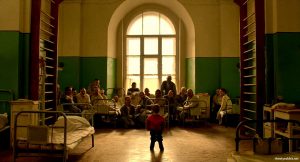 The above barely touches on the plot’s outline; the film itself goes much deeper at every level to flesh out these characters and offer a nuanced understanding of pain and loss, and to affect sympathy for those caught in the crossfire of war and national pride. The film oozes original insight and talent, right from the exquisite set design to the costumes, characterisation, and cinematography. Balagov’s debut feature ‘Closeness’ was itself an artistic triumph, but this film surpasses it by many notches, not least for its period specificity. Where can he go next – wherever it is, it’ll certainly be worth following someone intent on exploring their art to the fullest. Highly Recommended Viewing..!

The Nudity: Viktoria Miroshnichenko, Vasilisa Perelygina, and others
There are a couple of scenes featuring nudity, the substantial one of which is at a communal bath where Iya first notices the scar on Masha’s belly and Masha expresses her need to have a ‘human inside of her’.

Viktoria Miroshnichenko, Vasilisa Perelygina, and others from the 2019 Russian drama,
“Dylda” aka “Beanpole”.