The allegorical Soviet drama “Gruz 200” [Eng. Title: Cargo 200] is one of Aleksey Balabanov’s most important and uninhibited films to date. It is also lesser known than his highly acclaimed “Brother” duology for the very same reason – for being unsparing to his audience in a Gaspar Noé kind of way. 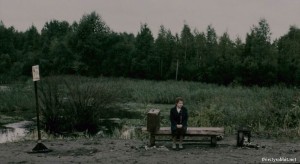 Set amongst the industrial wastelands of 1984 Soviet Union, and apparently based on some true events, the film is a scathing critique of a system and society as Balabanov recalls it from his younger days. Meant as much as to shock as remind a growing number of Russians who have begun to look back at the past through rose-tinted glasses, the film minces no words in highlighting the rotten state of terror, corruption, and depravity that barely lay concealed behind its thin veneer of socialism. 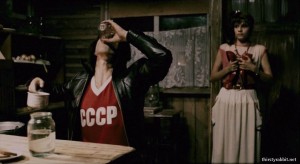 At first glance, the main plot might vaguely resemble your average American slasher from the eighties, but this film takes it a step further by making a pointed observation of a nation’s sadness and collective impotence that drowned itself in alcohol and madness. Two sub-plots cross paths one after the other in a bootlegger’s farm on the outskirts of Leninsk – just as a corrupt professor of Scientific Atheism (Leonid Gromov) fixes his broken down car and leaves the farm after a heated religious debate with its owner (Aleksey Serebryakov), a happy-go-lucky youth (Leonid Bichevin) drops by to buy some booze for the night. He’d also brought along a girl he’d picked up at the nightclub, a Government official’s daughter named Angelika (Agniya Kuznetsova). 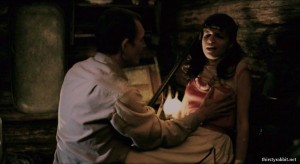 A murder happens that night, and Angelika is sexually assaulted and kidnapped by a psychopathic police captain named Zhurov (Aleksey Poluyan), after the youth and owner of the farm have passed out drinking. The owner’s wife Antonina (Natalya Akimova) does little to intervene in both the crimes owing to a secret pact between her husband and the captain dating back to the time they served time together in a Gulag. And her kidnap is only the beginning of Angelika’s ordeal… 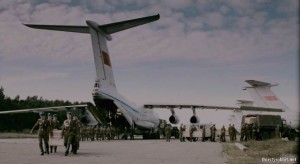 ‘Cargo 200’ is euphemism in Police parlance for the unmentionable reality of coffins arriving with dead soldiers from the war in Afghanistan. Balabanov makes a direct connection of wasted lives to the prevailing sense of social and moral decay, and accuses people, including the audience, of being part of the problem. In a telling scene, we see a platoon of young soldiers briskly climb aboard an IL-76 from which coffins are also simultaneously unloaded. Perhaps, it requires a nationalistic film maker like Balabanov to drive home the message that nostalgic eyes do tend to retain a blind spot for finer but essential details when recounting a ‘glorious’ past. 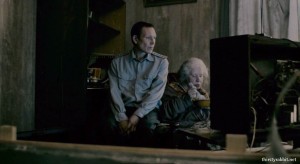 The film is exceedingly well directed and put together, and its thoughtful, carefully period-graded cinematography and superlative editing misleadingly make it appear all too easy. Balabanov clearly knows what it takes to tell a story rather well. But whilst this menacing and dreary film isn’t exactly easy-viewing, it nevertheless emanates a strong whiff of dark humour even during the grizzliest of moments. In a memorable scene, Zhurov’s alcohol and telly-addicted mother complains to a visitor about flies in her apartment, where Zhurov was also holding Angelika captive. 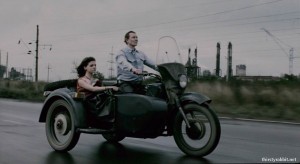 And I have barely touched upon the gloriously grimy set-design, magnificently brooding industrial landscape, and the jarringly anachronistic but true-to-period pop-music soundtrack – their combined effect will haunt you for days after you’ve put away your DVD. Needless to say, this horrifying masterpiece is Highly Recommended Viewing..!

The Nudity: Agniya Kuznetsova
Two hysterically morbid scenes feature nudity; it goes without saying that neither of them are pleasant to watch. The first is when Capt. Zhurov brings home a prisoner to sexually ‘please’ Angelika because he couldn’t do it himself. The second, longer scene shows Angelika chained to the bed totally nude and lying next to the decomposing corpses of her soldier-fiancé and the prisoner who failed to please her enough. Zharov will be reading back to Angelika the letters that her fiancé sent her when Antonina comes barging in.