Beto Brant, whose films hitherto were mainly crime thrillers (including the very exceptional O Invasor), breaks genre and ventures into the unknown with his fragmented and stylistic exploration of love, sex, and art, through the drama “Crime Delicado” [Eng. Title: Delicate Crime]. 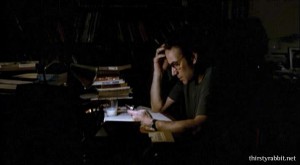 Antonio (Marco Ricca] is a respected theatre critic – something of a celebrity in his own right, and renowned for his pithy, uncompromising observations on the plays that he reviews. He lives on his own, and can often be seen in a nearby restaurant during mealtimes. 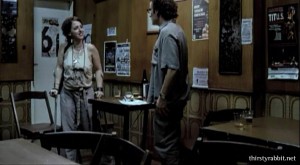 It is on one of these occasions that Antonio notices Inês, a twenty-something woman casting glances at him from across the room. He joins her and they get chatting. Soon, he’s with her in her apartment, trying to figure out what to do next, for he’s only been made aware that she’s an amputee after she gets up to leave with him. 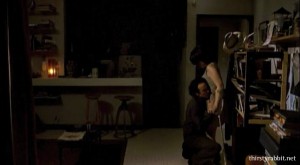 The awkward encounter however kept playing in Antonio’s mind, and before long, he becomes obsessed with her – her fragility, and her imperfect beauty. He also becomes jealous when he finds out that she’s a nude model for a middle-aged painter, lives in his apartment, and possibly also has a strong sexual relationship with him. This will lead Antonio into dangerous territory, that will culminate in an accusation for rape, after he invites himself into her apartment late one night. 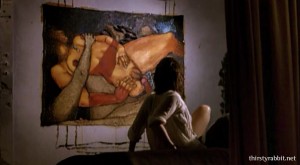 José’s impassioned defence of his artwork will triangulate a connection between art, sex, and love – themes that director Brant had wanted to explore. In addition, the film features snippets from plays that Antonio reviews, whose segments were selected to further its theme. But on at least three occasions, the film also takes on a poetic tone, including the final scene where we see Inês in an art gallery with José’s artworks on display. 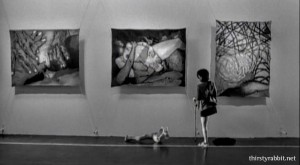 The film makes a case that we humans can be just as obsessed with imperfection, as we might with perfection – that obsession is indiscriminate, and doesn’t follow logic, whether the object we’re obsessed with is captivating or banal. Inês may seem banal to some, but she discovers her specialness through the artist’s eyes, whose vision and craftsmanship is heightened in return, through the bond that they create.

While the scene of the painting-creation may remind viewers of Rivette’s La Belle Noiseuse, their context and subtext are entirely different – one is striving to find beauty and sensuality, while the other is trying to strip away the veneer. The film nevertheless fabulously explores its theme without inhibition – the actors too collaborate in the endeavour wholeheartedly, and is therefore Highly Recommended Viewing..!

The Nudity: Lilian Taublib, Felipe Ehrenberg, and Maria Manoella
There are two scenes featuring nudity – the first is from Maria Manoella who plays stage actress Maria Luiza, seemingly grovelling to Antonio for a favourable review, only for her to judge him in kind later. The second, longer scene features a bold and uninhibited Lilian Taublib and Felipe Ehrenberg working on the painting, in a rare instance of an amputee actress appearing completely in the nude for film.