Beto Brant is a highly respected and awarded director from Brazil, and for his film, “Eu Receberia as Piores Notícias dos seus Lindos Lábios” [Eng. Title: I’d Receive the Worst News from your Beautiful Lips], he teamed up with another promising director Renato Ciasca – this is their second feature-length film collaboration. Having seen just this film from them, I’m now sufficiently curious to want to discover their earlier works.

Storyline:
Set in a small town in Pará in the heart of the Amazon, Cauby makes a living as a photographer. Soon he’ll befriend pastor Ernani’s attractive wife Lavínia and embark on an affair – a good portion of the film is dedicated to their passionate relationship. We will also learn of Lavínia’s baggage from her past – how she met her husband, her continuing love for him, and his supportive role. But when rumours of her affair with Cauby circulate, the conservative community do not look at it kindly, leading to tragedy, and their lives will never be the same afterwards…

Firstly, this film is peculiar in that it made me feel like a foreigner looking at it from the outside. Despite the fact that they’re indeed foreign to me in reality, I couldn’t help feeling a disconnect with the locals even at a human level. I suspect this might just as well be what the directors want us to feel – that we alongside the protagonists are nothing but foreigners in an ancient, altogether different Brazil. Where anyone from outside their town is considered a foreigner. Even the cinematography seems to offer this clue – its use of saturated colours and filters in some scenes make the landscape look almost alien. But having said that, visible beneath the protective layer is also the unmistakeable magic and sensuality of the land. As is the relationship between Cauby and Lavínia, respectively played by Gustavo Machado and the breathtakingly beautiful Camila Pitanga – her convincing performance is a revelation. Her filmography points to a predominantly TV actress – a talented TV actress she must be. The screenplay is decent enough, even though I couldn’t help wondering if portions of it may have ended up on the cutting room floor – a common problem when films tell a story like this one. The star of the film, of course along with the enchanting Ms. Pitanga however has to be the exquisite soundtrack – thoroughly invigorating and one that I instantly fell in love with. Needless to say, this film is Recommended Viewing..! 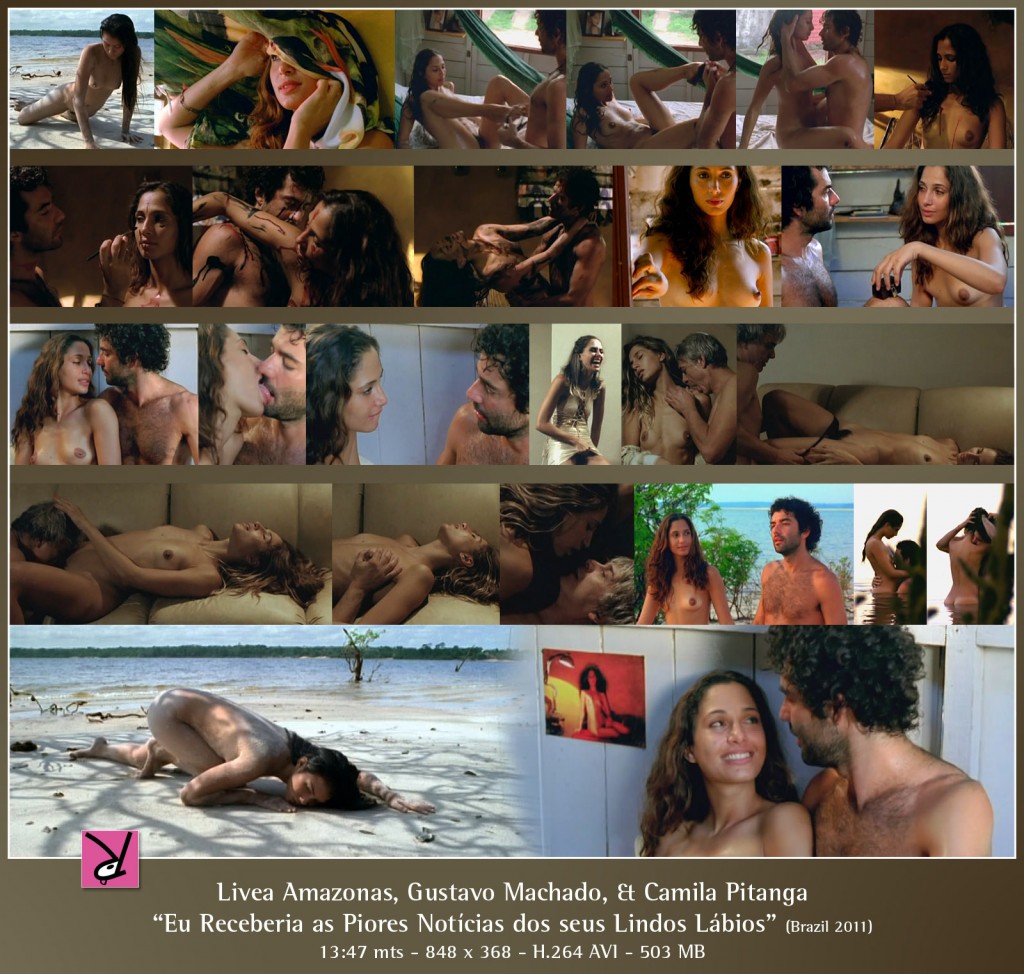