Andrzej Zulawski raked up controversy (again) through one of his later works back in Poland, in the dark psycho-sexual drama “Szamanka” [Eng. Trans: Female-Shaman]. Sometimes you wonder what makes a director pick up disturbing material to work with, especially if he doesn’t come across as a tormented soul – I mean, you don’t expect him to be if he’d just fathered a child with someone like Sophie Marceau, his long-term partner. To call this film ‘intense’ is a bit of an understatement – it is a vigorously fetishistic treatment of a dark fantasy – of primeval mysticism, lust, and possessiveness.

Storyline:
Michal, a university anthropologist meets a mine-engineering student looking for a place to rent – he’s subletting his brother’s apartment – and they have casual sex within an hour of meeting. They already have partners, but this encounter would become an obsessive habit and upset the apple cart. Michal and his team have unearthed a perfectly preserved bronze age shaman, he is fascinated by it and spends a lot of time understanding the way the shaman met his end – apparently it was voluntary. Michal sees in his lover (she isn’t given a name – people call her ‘the Italian’ because she worked in an Italian restaurant) traits of a female-shaman and develops a growing fascination with her, more specifically her sex – he implies on more than one occasion that she’s nothing but sex on legs, yearning to be satiated, by him. He moves in to her apartment but one day realises she will be his death. By drawing parallels between Michal’s twin-obsessions – his work and the girl, Zulawski is trying to define wilful self-destruction, the same way the mummified shaman must have met his end.

The film makes no apologies for its depiction of erotic scenes – in fact it revels in it. But at the same time, it technically manages to stay within the confines of mainstream acceptance. A lot of what’s going on is implied, but enough to raise a few eyebrows. Several techniques from his earlier films like “Possession” and “Le Femme Publique” are also applied here, to varying degree of success. There is also this intense chemistry between the lead actors that is not often seen in his earlier films, they’re completely comfortable in each other’s presence, which helps deepen their characters’ intimacy. This is another ‘marmite-like’ confrontational and unforgettable film from the Polish master of controversy. It is a disturbing yet incredibly intimate portrait of an obsessive and erotically charged relationship, and therefore, Recommended Viewing..!

However this DVD is hard to come by, and the ones available are letterboxed and not exactly cheap. But if like me you can’t wait for a remastered anamorphic release, you may check one out here:
ebay DVD Link

The Nudity: Iwona Petry and Agnieszka Wagner
Many of the scenes need no descriptions as they’re plainly visual. 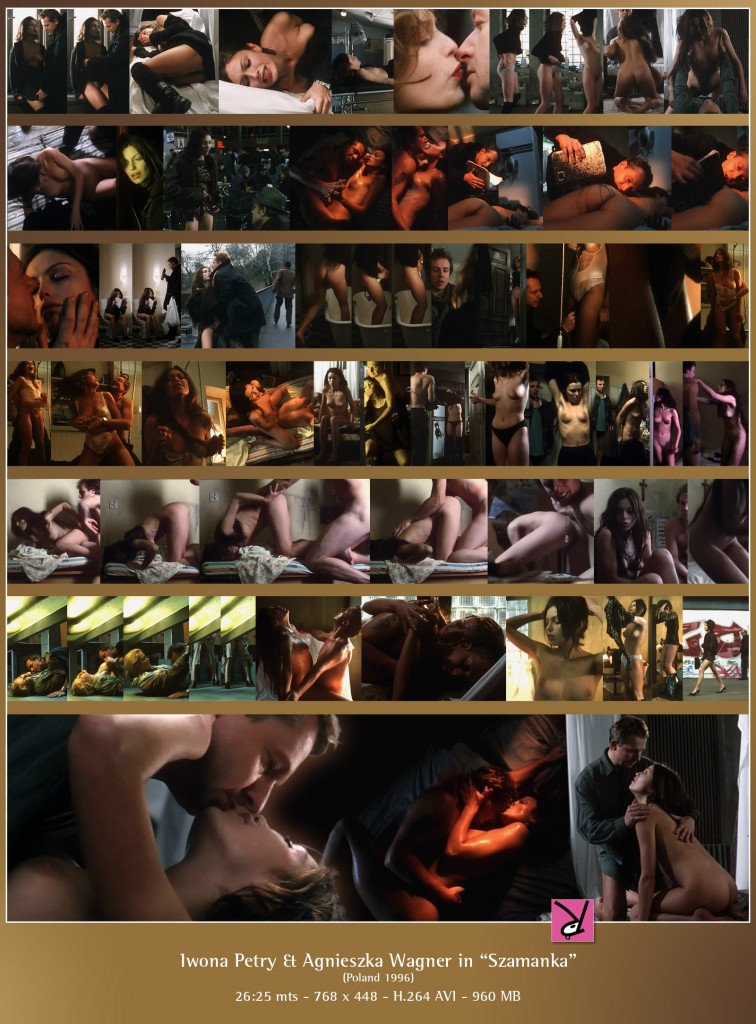