Pasquale Festa Campanile was a successful director, even if he is renowned foremost as a writer, having worked with the likes of Dino Risi and Luchino Visconti on some major projects. His 1982 drama, “La Ragazza di Trieste” [Eng. Title: The Girl from Trieste] is also a moving story adapted from his own novel, appreciated to the extent that elements of the plot have been liberally borrowed worldwide in several films since.

Storyline:
Illustrator Dino watches an attractive young woman rescued at the beach in Trieste. Since she seems to have misplaced her clothes, he offers her his blanket, on condition that she return it after use. As instructed, the woman – Nicole, turns up at Dino’s house to return the blanket – only that’s the only robe she’s wearing. With such a forthright signal, things take their course, and they embark upon a relationship. It turns out dear Nicole is a needy character – even exposing herself in public if she feels necessary to get ‘noticed’. But there’s an air of mystery surrounding her that Dino feels compelled to unravel, which will soon become his obsession. We will learn through the course of the film that Nicole is actually a mentally ill patient undergoing therapy for borderline schizophrenia. By the time this is revealed though, Dino had already fallen headlong in love with her, and with the help of the psychiatrist hopes to cure her through his love and commitment, but would those really be enough to bring Nicole back to normalcy…

While the protagonists – Ornella Muti as Nicole, and Ben Gazzara as Dino give a credible enough performance – this being their second film together, and the screenplay is also well thought out, I couldn’t help feeling the direction needed to be a bit bolder to tell an unconventional love story that includes such an extreme character as Nicole. While totally agreeing with the casting choice, I feel Ms. Muti was ridiculously underused – both in terms of emotions and physicality. The camera and lighting is quite conservative, as is the signature sound track (it actually gets a bit annoying after a while) – I couldn’t help thinking this is a great story what would have sparkled in the hands of a Ingmar Bergman or Marco Ferreri. While this certainly isn’t my first choice film for introducing the incomparable Ornella Muti to the site, it remains the very reason I even purchased the DVD. And for Ms. Muti’s sake alone, this is Recommended Viewing.

About the recommended DVD:
This is not the DVD I have but I’d rather recommend because of these reasons – I’m certain mine isn’t digitally remastered – it is obviously put together from various source material – you also have sudden changes in saturation, and even the sound pitch alters intermittently. Besides, the scenes between Ornella Muti and Ben Gazzara were originally shot in English, and later dubbed into Italian. So you might as well go for a UK version than the Italian-dubbed offering.

The Nudity: Ornella Muti, Ben Gazzara, and Mimsy Farmer
Most of the scenes are in English so you should be able to follow without too much effort. 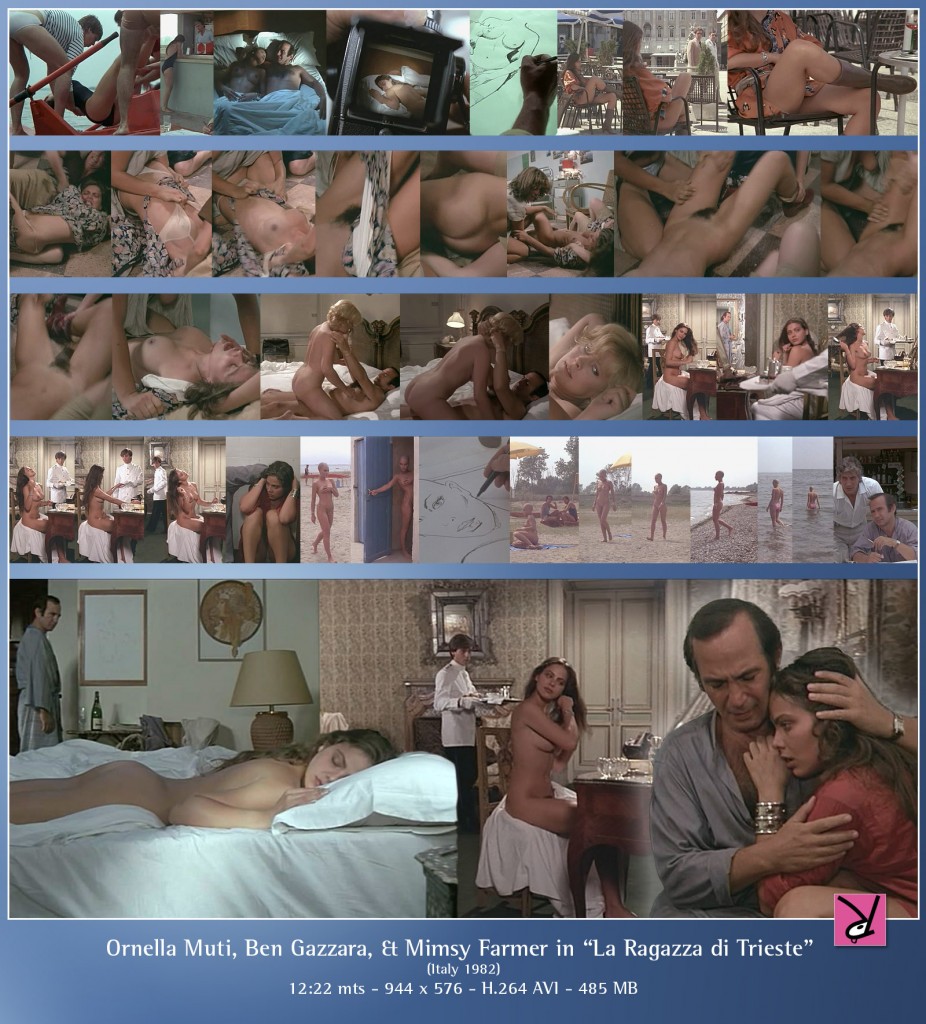 Ornella Muti and Ben Gazzara work up their chemistry once again in Pasquale Festa Campanile’s Italian drama, “La Ragazza di Trieste” aka “The Girl from Trieste”.