Florian Henckel von Donnersmarck’s debut feature is what one would call an ‘unqualified success’. “Das Leben der Anderen” [Eng. Title the Lives of Others] bagged a bucket-load of awards the following year including a BAFTA and an Oscar for best foreign language film.

Set during the last decade of East Germany, it captures the extraordinary lengths to which the government went, to snoop on people who it thought posed a threat to the system. Intellectuals were singularly targeted, and every aspect of their personal lives watched, listened, and scrutinised.

Acclaimed playwright Georg Dreyman (Sebastian Koch) is suspected of having political links with critics of the regime, and the Stasi decide to keep an eye on him. At around the same time, the Minister for Culture falls for Georg’s partner and actress, Christa-Maria Sieland (Martina Gedeck). He wants Georg to be ‘found out’ so he can keep Crista-Maria for himself, and asks the Stasi to wire-tap their apartment and listen to their every conversation. Hauptmann is the agent appointed for the job, and he takes up this assignment with customary professional enthusiasm. But the more he watches and listens to them, the more he is fascinated by them, and the more he sympathises with them. On occasions he even goes out of his way to record an alternate version of events in his day book, to protect them. The film follows events until the beginning of unified Germany. Apart from the political intrigue and suspense, there is great human drama in this simple and beautiful film. Ulrich Mühe who plays the Stasi agent Hauptmann gives a powerful performance, as does Martina Gedeck, who portrays Christa-Maria. The strength of the film lay in its screenplay, clear direction, and strong performances. Needless to say, Highly Recommended Viewing..! 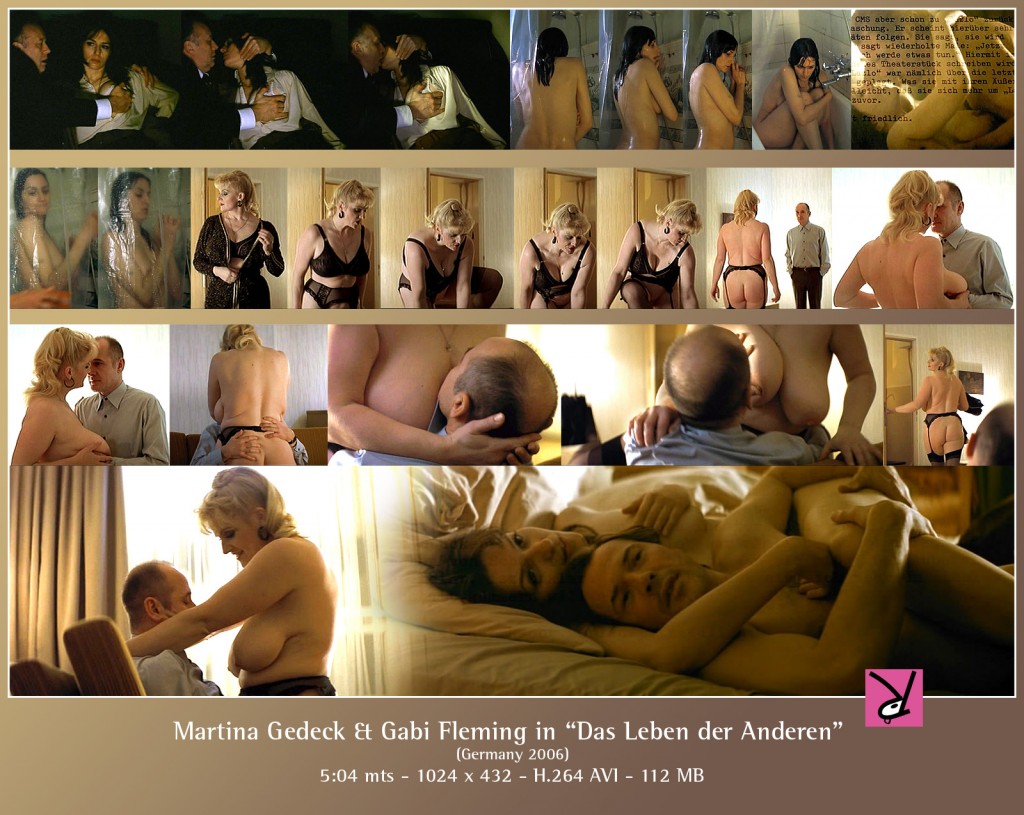 Brief nude scenes from Martina Gedeck and Gabi Fleming in the award-winning “Das Leben der Anderen”
aka “The Lives of Others” (2006, Germany).