Roland Reber’s 2009 film, “Engel mit Schmutzigen Flügeln” [Eng. Title: Angels with Dirty Wings] is probably among his lighter works, it being more of a satirical comedy. Having said that, X-Factor contestants should perhaps be asked to watch this film – but then again, they might not ‘get it’.

Storyline:
Three biker-friends – Michaela, Gabriella, and Lucy appear to like putting each other through ordeals for the right to stay in the group, and this time it is Lucy’s turn. Michaela and Gabriella accuse Lucy of being vain, conceited and ignorant, but behaving outwardly as goody-two-shoes. They want her to ‘be herself’ – live the horny slut she’s always been deep-down. This takes Lucy on a lurid journey of ‘self-discovery’, from an attention-seeking coquette to an amoral slut, which she becomes in the true sense after joining a stripclub/brothel – and enjoying every moment of it too, until she begins to question what she’s doing.

The film is an examination of present day morals – masked in the quest for individual happiness are apparently selfish motives, narcissism, and an elastic sense of morality. But the film doesn’t seem to delve deep enough to start a serious discussion on the big subject, even if Lucy’s superficiality is displayed glaringly – in your face almost. The film does try to establish, with reasonable success the fact that Lucy would easily be considered ‘normal’ by present day society, based on her outlook and charm. Not so if she lives to her true nature. But then again, by doing so, she could at least live with a clear conscience.

The Production:
Co-produced by Roland Reber, Marina Anna Eich, Patricia Koch, and Antje Nikola Mönning – also the star of the film, the production has the usual WTP ingredients of team members doubling up as technical staff where necessary – Mira Gittner handles the cinematography and editing, and others also take up some walk-in roles. For me though, I was more impressed with Wolfgang Edelmayer’s soundtrack – apart from the main reason for watching the film of course – for the sultry redhead Antje Nikola Mönning. She casts herself well in the role of the angel, with very dirty wings indeed – some of her scenes have to be seen to be believed. Roland Reber and his team have as usual tread a thin line between art and pornography, and managed to stay on the ‘right’ side… I think. Needless to stay it is a provocative film, demanding to be heard, and therefore, Recommended Viewing..!

The (optional) English subtitled DVD also comes with a load of extras, including a fascinating ‘Making of’ and a rather ‘exposed’ photoshoot of Antje Nikola Mönning and Marina Anna Eich for Penthouse Magazine. It is also the only proper instance of Marina Anna Eich appearing in the nude, but enjoyable nevertheless. 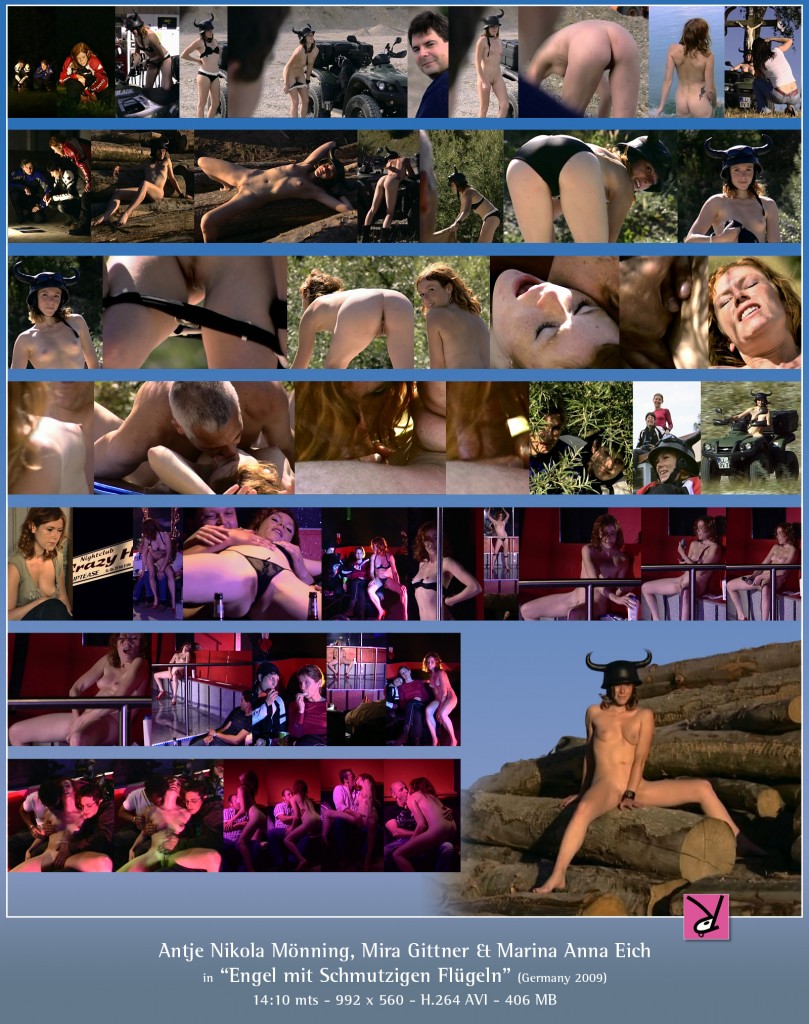 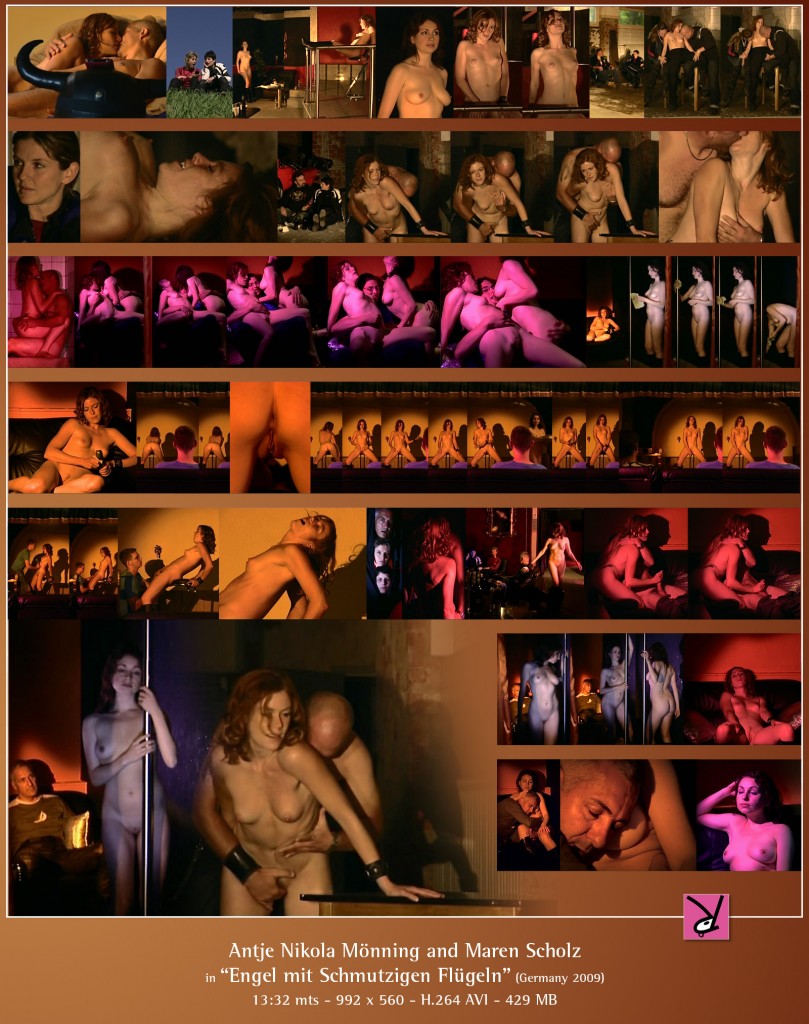 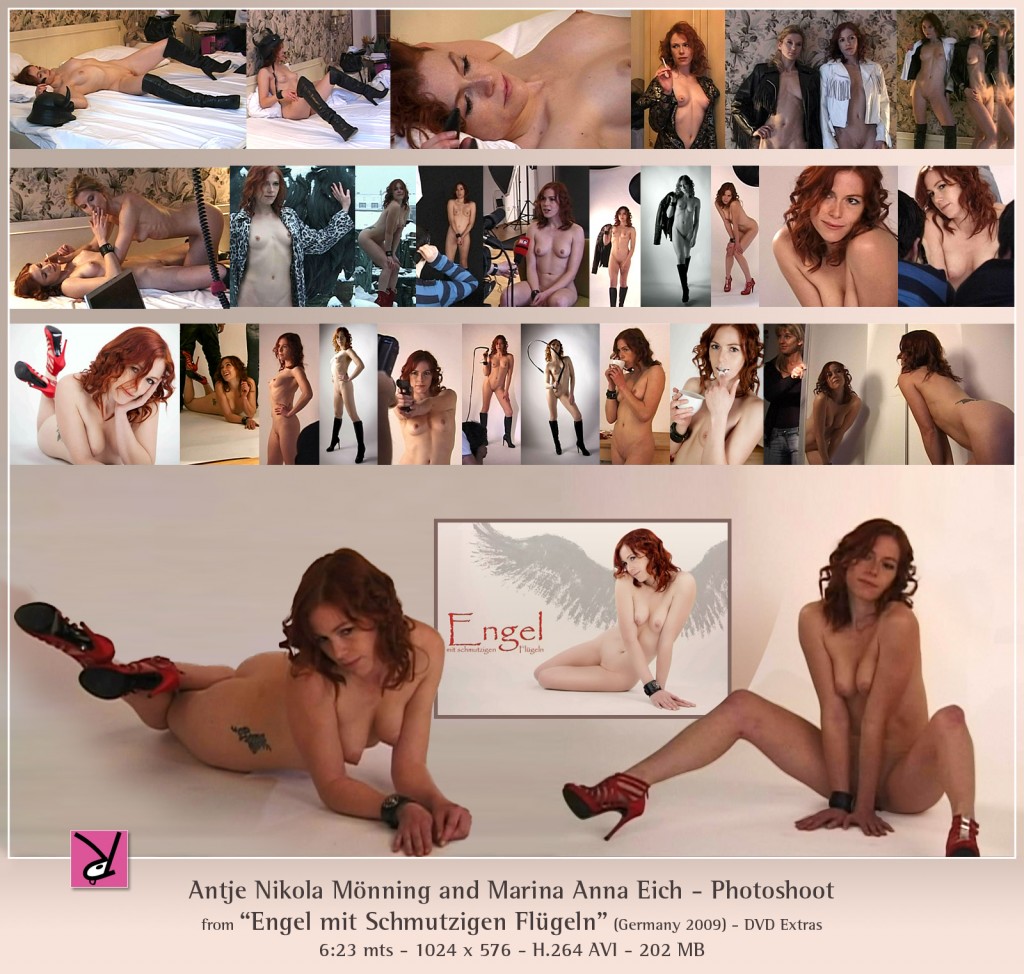