Götz Spielmann wrote and directed “Antares” in 2004, and while it has received notoriety in some circles, it has been universally applauded as a fine piece of cinema. The film is a result of profound insight into human behaviour coupled with brilliant storytelling and execution. Spielmann uses the mundane cityscape of a Viennese apartment block, picks three couples residing in it, and engages them masterfully as part of his narrative in this gem of a film.

First we are shown Eva’s story – she’s a nurse, mother, and housewife, who has a totally guiltless affair with a travelling businessman following an earlier one-night stand. Then we follow supermarket assistant Sonja, possessive of her lover, and who feels the need to lie in order to keep him, even if she may have a reason to feel suspicious due to his occasional rendezvous with Nicole, a married woman going through separation. These characters – they all have their flaws and some of them do despicable things, but Spielmann bestows great sympathy towards them and tells their story from their perspective. There are no larger than life characters here – they’re ordinary people behaving how ordinary people do, given the circumstances. Yet the film as a whole is extremely absorbing, endearing, and entertaining. Highly Recommended Viewing..!
Amazon.de DVD Link

Nudity Compilation 1:
Made of two scenes. Eva accompanies the visiting Tomasz – someone she had a one-night stand with in the past, to his hotel room. The sex they engage in is almost mechanical – they get down to business without any niceties or sweet nothings – as if it was just a biological necessity. Eva is played quite naturally and convincingly by Petra Morzé. The second scene is of young Sonja desperately trying to get pregnant with her boyfriend – she had already lied to him that she was one, and needs to start showing some signs. Her boyfriend’s enthusiasm about becoming a father only ends up making her even more anxious about the baby-thing. Sonja is played by Susanne Wuest. 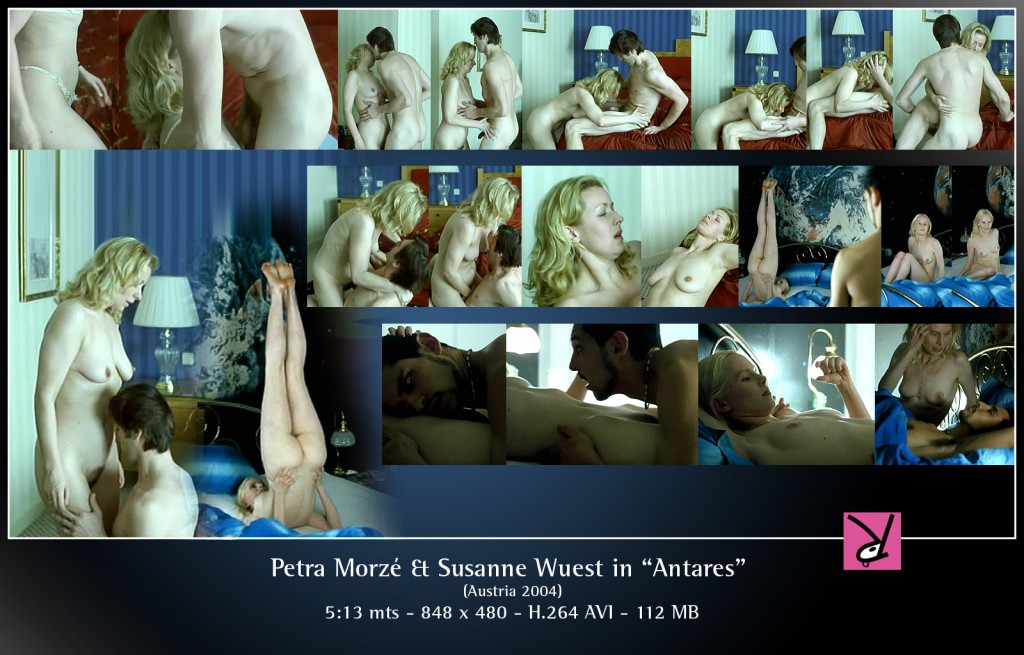 Petra Morzé in an explicit sex scene, and nudity from Susanne Wuest in “Antares”.

Nudity Compilation 2:
These episodes happen in succession. Eva excuses herself from her husband citing night shift duties to spend more time with Tomasz. They experiment and play out their fantasies without inhibition. While Tomasz becomes a voyeur, Eva brings out her latent exhibitionist earning into the open. What’s so refreshing in these scenes is not so much their shenanigans, but how each of them have become open minded and ‘accept’ the other without passing any judgement – which would not be the case in many formal relationships. Their encounters are organic and and almost natural. 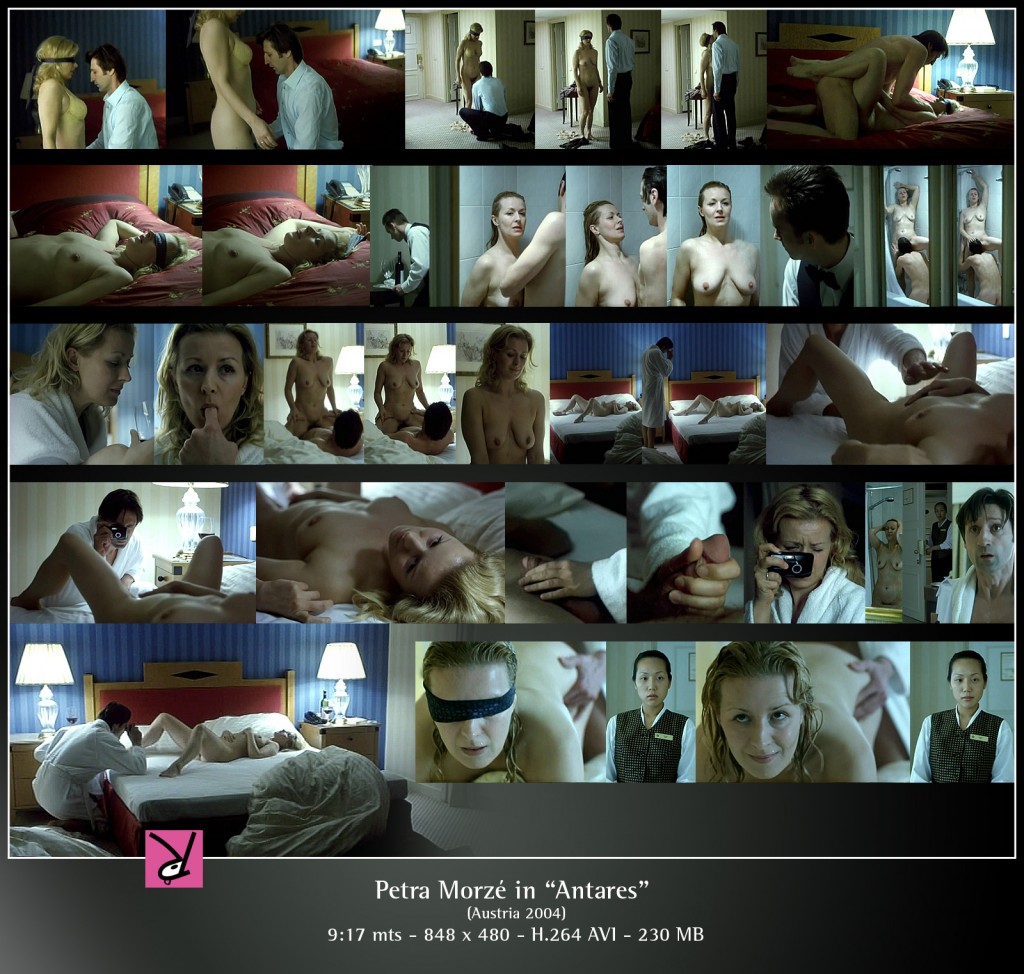 Petra Morzé’s character releases her exhibitionist tendencies in this compilation from “Antares”.