Too often in the history of cinema have we seen a legendary director bring an inspired piece of literature to film and completely miss, not only its central theme, but also the pulse. The culprit on this occasion of ‘artistic license’ is none other than Claude Chabrol himself, and the work that suffered the misfortune was Henry Miller’s autobiographical “Quiet Days in Clichy”. 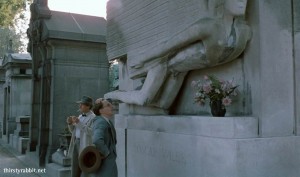 Granted, Chabrol’s “Jours tranquilles à Clichy” didn’t set out to merely replicate the novella for screen, it was also meant to be a vehicle for some of his own material. It wasn’t the case that the original and Chabrol’s own ideas couldn’t sit well together – he could have done justice to both, but it fails due to a number of reasons. 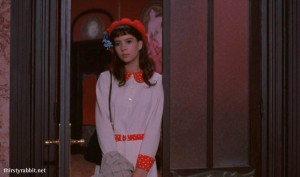 The ‘quiet days’ that Miller recalls is mainly about the poverty he and his flatmate Carl endured as struggling writers amidst the decadence of nineteen thirties’ Paris. But what we’re presented instead is a stream of ostentatious indulgence. Frequently finding themselves amidst the burlesque opulence of a high-class bordello, Carl and Joe (Miller) hardly remind us of guys who might any time be kicked out by their landlord. 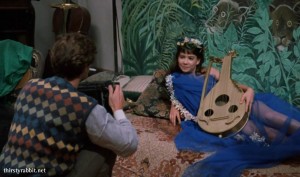 Chabrol, while sticking to the period against which the novel was set, refuses to include the protagonist’s ‘survival-mode’ economic backdrop, due to which the novel is taken out of context. Miller was well into his forties during the period against which the novel is set, but here he’s represented as a wide-eyed youth in the form of Andrew McCarthy. And Nigel Havers would never make a Carl even if the sun were to rise from the west, impeccable accent notwithstanding. At least, they got the fifteen year old Colette (Stéphanie Cotta) right in the casting department. But Chabrol would’ve rather given the film a different title altogether, if only to allow us to talk about his film instead of the dubious nature of his adaptation. 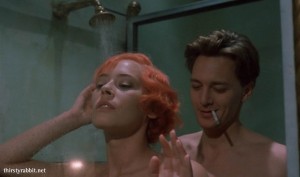 But let me add a few words about the film, if only to do justice to one of Chabrol’s most uncharacteristic films in his long and illustrious filmography. The additional material he brings to this film is more of a tribute to Luchino Visconti (Death in Venice) and possibly Bob Fosse (All That Jazz). Miller, during what’s presumably his final hours, pines for the perfect beauty of an adolescent girl (played by a just-about adult Giuditta Del Vecchio). Her illusionary presence is there only to preside over his death, alongside the vultures and free loaders waiting outside. I don’t remember coming across symbolisms of this kind in any of Chabrol’s films – this is more of Jean-Claude Brisseau’s territory. 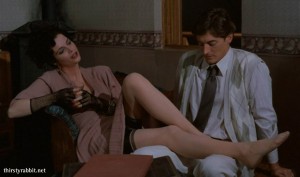 As for the film’s technical merits, there’s something really awkward about the set design – there’s too much of an attempt at aping a Visconti, and very little recreating Paris and Clichy of thirties. But I have to admit that I adored the twin bath featured in the bordello, an original antique perhaps. As with most mainland European films with original English dialogues, there is a distinct cultural disconnect with its intended anglophone audience, that unintentionally lend a surreal air to proceedings. For the type of film, its editing is decidedly choppy, and I’m pretty sure that my DVD is the integral version (116 mts, PAL runtime) rather than some butchered 90’s print.

All said and done, while it might be futile to compare different cinematic adaptations of literary works, one is nevertheless tempted to draw comparisons between the two existing adaptations of Miller’s Quiet Days in Clichy, and if I were to choose one, it will have to be the rather incomplete, poorly constructed, but beautifully crafted, and ultimately more accurately rendered Danish version.

The Nudity: Eva Grimaldi, Barbara De Rossi, Stéphanie Cotta, Anna Galiena, Margit Evelyn Newton, Maria Cristina Mastrangeli, Federica Farnese, Mónica Zanchi, Giuditta Del Vecchio, and others
As you might have guessed – with the long list of names, the film features plenty of nudity. You might also notice that many names are Italian. They speak in English, and for someone who has a particular fondness for ladies speaking English with an Italian accent, it ticks several of my boxes. Apart from the nubile Giuditta Del Vecchio, the highlight will have to be the crazy Anna Galiena scene which, while not nearly as explicit as the Louise White rendering of the same character, is among the few successful attempts at comedy by Chabrol. There’s hardly any male nudity – Nigel Havers is shirtless in one scene, and there’s a brief side-on view of McCarthy during a sex scene. That’s Chabrol for you..!