It seems ages since a French film was reviewed here..!

Fabienne Godet comes across as a seasoned observer of human psychology – her drama “Une place sur la Terre” [Eng. Title: A Place on Earth] explores with authority friendship and love between a disillusioned middle aged photographer and a budding marine archaeologist – both going through depression. 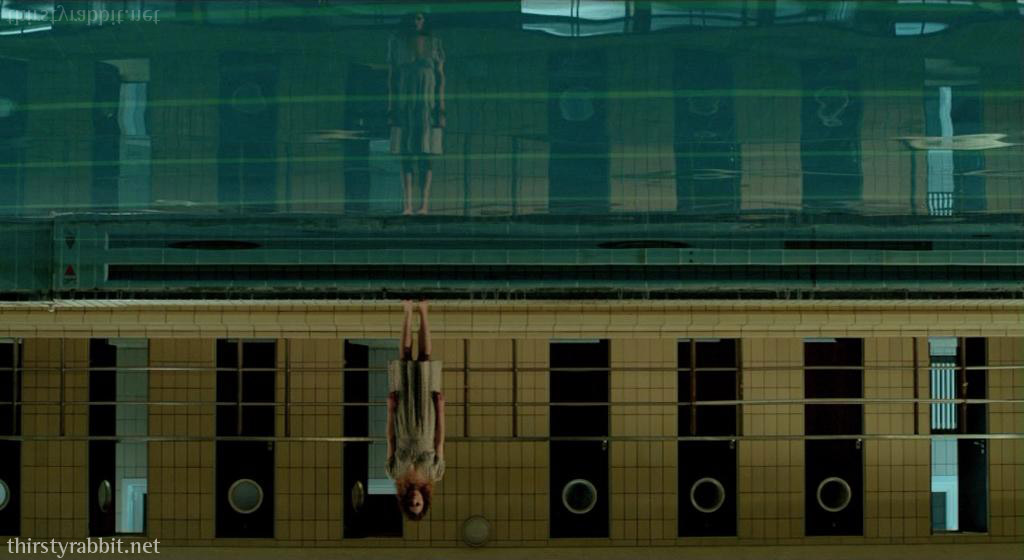 Ariane Labed in “Une place sur la Terre” aka “A Place on Earth”.

Antoine (Benoît Poelvoorde) considers himself a failure, and when he’s not trying to mask his sadness through dry humour, is seeking solace in alcohol. His close (and only) friend is six year old neighbour Matéo (Max Baissette de Malglaive) whose mother is away most of the time. When twenty-something Elena (Ariane Labed) moves into the neighbourhood, across his courtyard, Antoine first becomes aware of her presence only through the piano music coming from her apartment – it’s not so much the music, but the way she played it that stood out. 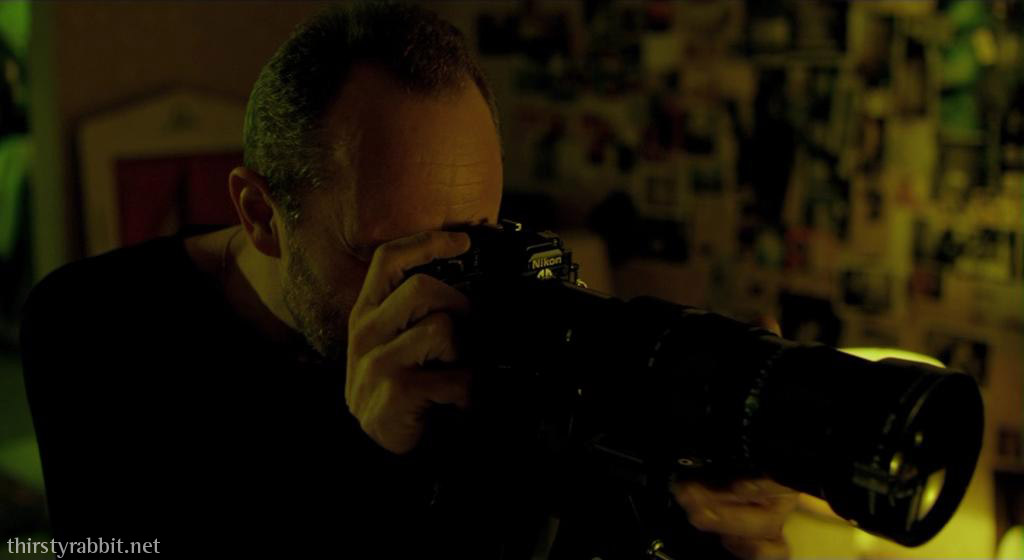 His curiosity will take a voyeuristic turn when he begins to watch her through his camera, and takes pictures unbeknown to her. It is during one of his curiosity-satiating moments that she throws herself off the roof – and Antoine had captured it all with his camera. He rushes her to hospital, taking care not to utter a word to anyone about her attempted suicide. Lucky not to have suffered spinal injury, Elena recovers in full, and a tentative friendship develops between the two. 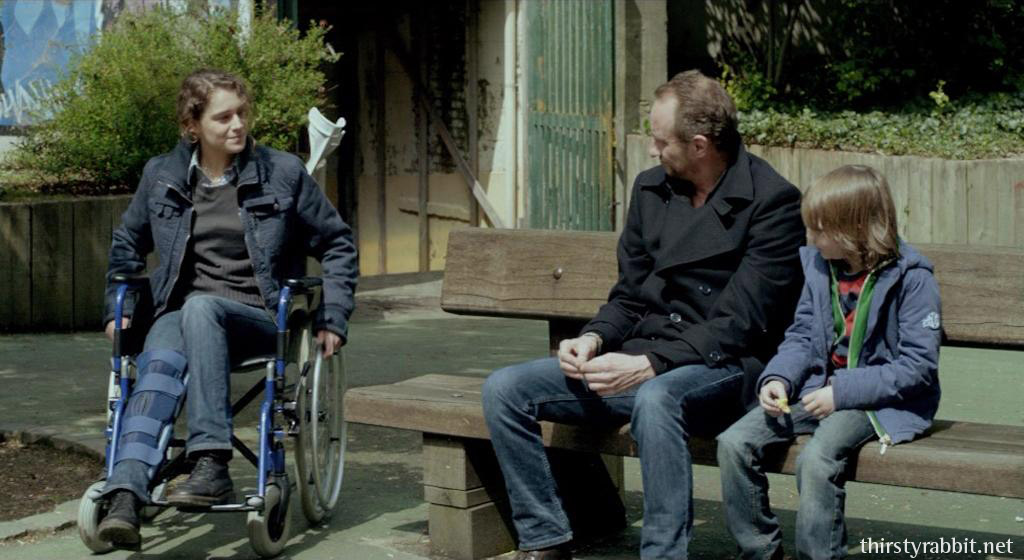 Antoine will soon start feeling more ‘alive’ than he’d ever before – there is after all a new purpose to his life now – make Elena smile. He falls in love, even if that’s not the way she feels, for she is herself a lost soul barely hanging on – we’re not given reasons for either’s mental illness, but Elena’s way of coping is through volunteering as a youth worker – helping those who’d lost their way in drugs, whilst she prepared for her doctorate. Elena isn’t pleased to discover Antoine’s pictures of her, and when she moves to Alexandria to pursue her career, they depart under a cloud of mixed feelings. Antoine will now have to overcome her absence and find a new purpose in life – this time, his own… 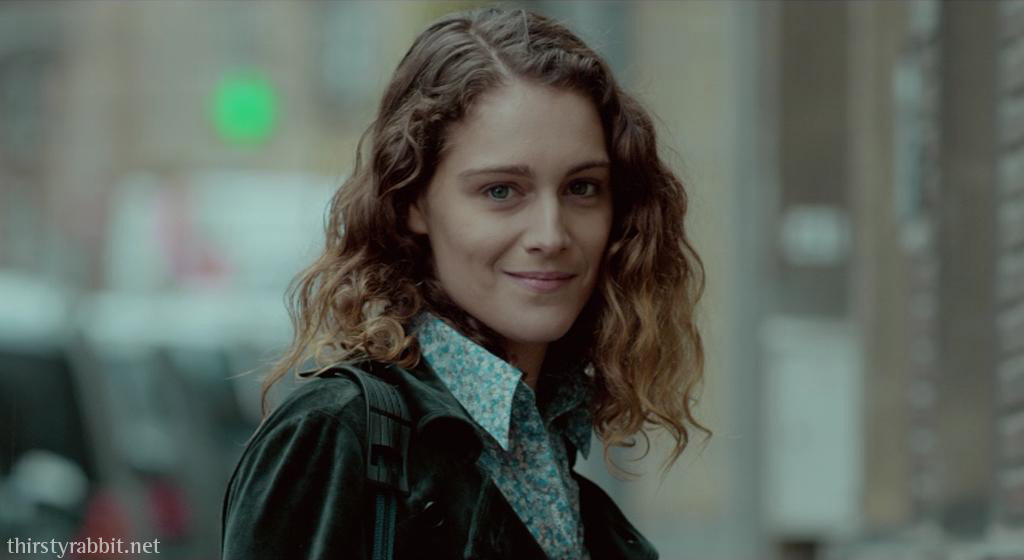 The storyline might sound depressing, but the film certainly isn’t – Ms. Godet has handled the subject with a great deal of skill, subtlety and humour, because of which characters thoroughly engage by taking us along with them in their search for happiness – we smile with them just as much as we feel their loss. The performances are heartfelt; Benoît Poelvoorde convincingly gets into his character – perhaps drawing from his own personal experience of depression, and beautiful Ariane Labed is able to project her character’s sadness and joy through her trademark gaze alone, and the camera is unashamedly (justifiably too) obsessed with her just as we, looking through Antoine’s eyes. Well edited and put together, the cinematography is slick and stylish. It’s also the most impressive new French film I’d seen so far this year, and Highly Recommended Viewing..!

The Nudity: Ariane Labed
There is brief nudity in a couple of scenes when Ariane Labed’s character is in a bath, and during a sex scene. She may not be showing much of her body in this film, but the Attenberg star has us transfixed nevertheless whenever she appears on screen. 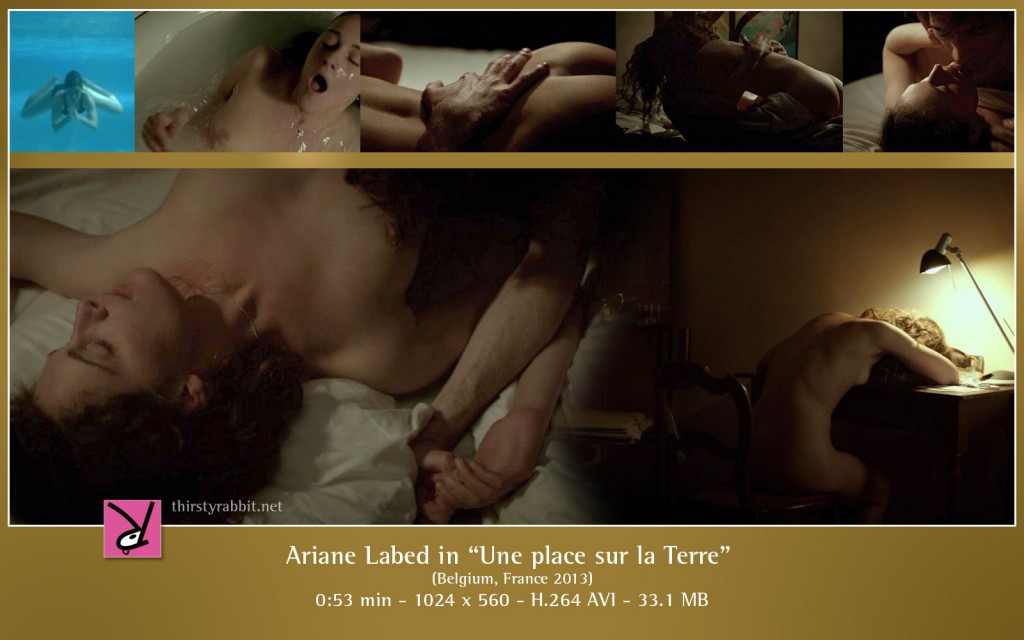