Déborah François and others in “My Queen Karo” [2009 Belgium, Netherlands]

I believe coming-of-age must be a favourite subject for Dutch-Belgian director Dorothée Van Den Berghe – this is the second film of hers that I’ve seen delving into it. “My Queen Karo” is a delicate study of a young girl adjusting to life in an unconventional environment.

Storyline:
the film is set in the early seventies when nine year old Karo and her bohemian parents Dalia and Raven move into a squatter’s commune in Amsterdam. Within no time, Raven gets involved with Alice, a left-wing activist who already has a partner and two children, and he invites her to move into the commune. Obviously Dalia isn’t too happy with the arrangement but there’s little she could do to change Raven’s mind. She reluctantly accepts the ménage à trois by sharing Raven with Alice. Just as her parents come to terms with the new life they’d chosen, Karo finds herself adjusting to new realities. This is the heart of the film, as she sees her parent’s relationship change beyond what she’d have ideally preferred, and must find her own way to be happy. She still loves her parents, and although she is glad to have found new friends in Alice’s children – Daniel and Tara, swimming will become her passion, one she will pursue with rigour to distract herself from a less than ideal lifestyle.

While similar topics may have been discussed in film before, what makes this different is the careful and sensitive screenplay. It doesn’t divert too much of our attention away from young Karo – this film isn’t about her parents and their heartbreaks, but of Karo displaying a maturity beyond her years to adapt to the surroundings. All the principal actors give a fine performance, particularly pleasing is that of the adorable Anna Franziska Jaeger who plays Karo. The cinematography is appealing, as is the soundtrack, and I even loved the title credits. There are also instances of child nudity in the film, but it is deftly handled – there’s nothing here that ‘balanced’ individuals should be unduly concerned about. This is pretty much a mainstream film that needs a wider audience than it does. And that is why, this is Recommended Viewing..! 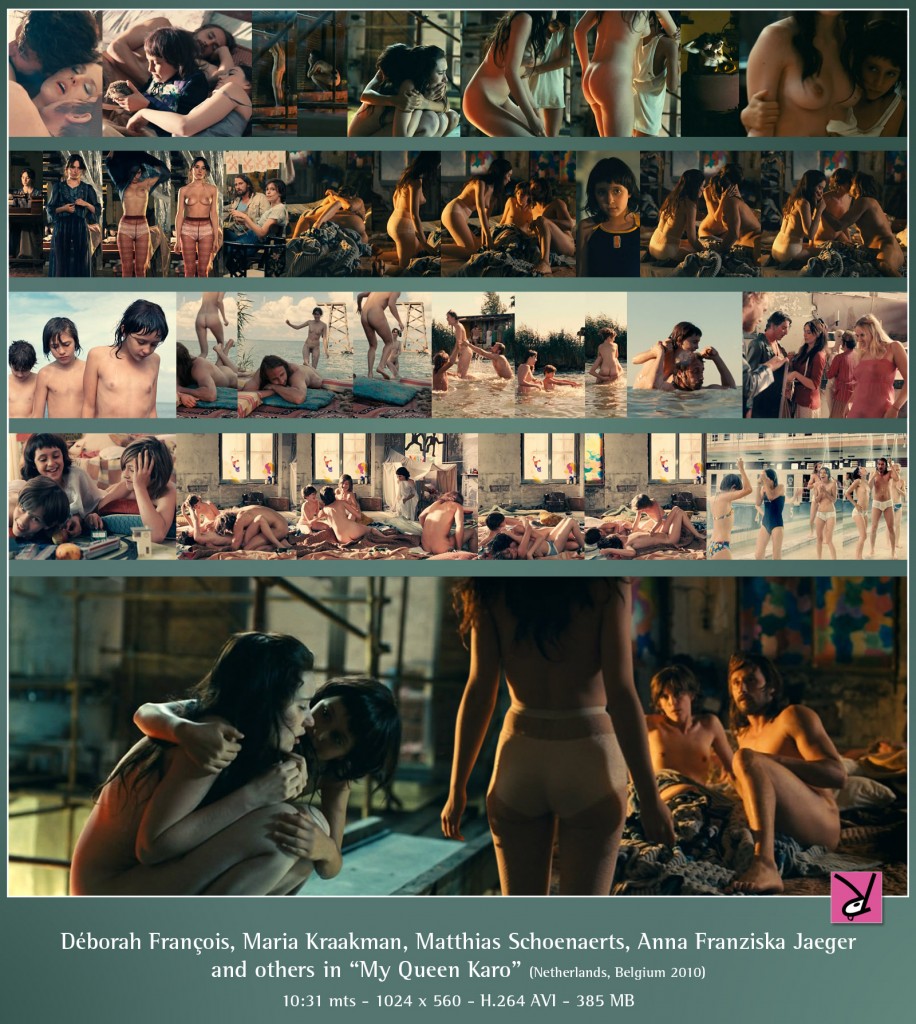 Déborah François, Maria Kraakman, and Matthias Schoenaerts give decent performances in Dorothée Van Den Berghe’s coming-of-age drama, “My Queen Karo”, but the most impressive is that of young Anna Franziska Jaeger who plays the titular character Karo.