Not only did the case shed unwelcome light upon sex lives of people in high places, it also exposed some of the inherent flaws in the way criminal law can be interpreted, but more importantly, it shook the very foundations upon which civil liberties and individual freedoms are based, after the system objected to a consenting couple choosing to live differently within the confines of their own privacy. The film unapologetically narrates the story from the couple’s point of view. 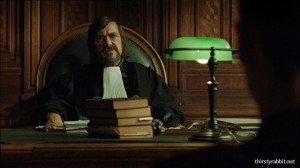 Koen (Gene Bervoets), a widely respected and admired judge, will have to come to terms with the fact that Magda (Veerle Dobbelaere), his wife of fifteen years, had been diagnosed as suffering from depression, when six months after loosing her job, she has a nervous breakdown in front of friends and family during a party. 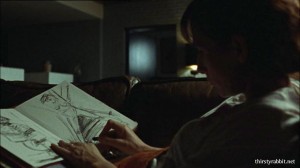 When the couple come close to separating, a desperate Koen persuades Magda to open up and explain the reason for her desire to leave, and discovers to his dismay that Magda had been harbouring secret fantasies involving S&M for over thirty years. Out of love for his wife, and in a bid to preserve his marriage and family, Koen acquiesces to her wish to be dominated and subjected to pain. 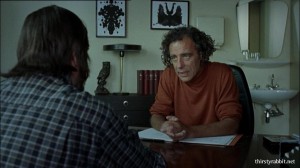 With a daughter entering a precocious age, and finding it difficult to live out Magda’s desires at home, the couple start visiting a S&M parlour to fulfil their needs. Magda begins to enjoy life once again – she could finally be herself and not feel ashamed about it, and Koen, while still unable to comprehend why anyone would want to have pain inflicted upon them, nevertheless goes along with her wishes, even when he’s aware of potential consequences to his career if word of their lifestyle were to get out. 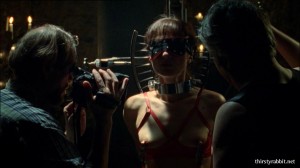 When authorities investigating a known criminal unexpectedly stumble upon the couple’s activities, the prosecutor who seems to hold a grudge against Koen, brings the full force of the law to bear upon him. Koen will be convicted for assault despite his wife’s testimony, and unceremoniously sacked from his job, without his pension. The case caused a sensation and split the nation, with some wholeheartedly approving of Koen, while others saw it differently. Koen’s subsequent appeal to the European Court of Human Rights was also rejected, but the real-life couple upon whose life the film is based, continued to live together even at the time of the film’s production.

Adversity couldn’t tear this couple apart, and that is what the film passionately tries to convey – that a strong relationship is founded on honesty and mutual trust, and far from being exploitative, their’s was one of true love, to the extent that the protagonist was even willing to sacrifice a distinguished career in order to make things work between them.

The low key film surprisingly manages to emanate a warmth belying its dark subject matter, and its scenes of whipping, piercing, and other forms of bondage doesn’t in any way dehumanise the compassionate drama unfolding. It’s a triumph for the director and the actors involved, and one that was also approved of by the actual judge-wife couple who were involved in the preproduction stages.

The Nudity: Veerle Dobbelaere and Jesss van BeShibari
There’s intermittent nudity in scenes featuring bondage, domination, and sex, and Veerle Dobbelaere appears nude in some of them. Apart from one breast piercing sequence, scenes in the film are relatively tame by today’s standards. There is also brief nudity from Jesss van BeShibari, a professional S&M model, during a rope bondage, and she also body-double’s for some of Ms. Dobbelaere’s scenes. For those interested, there are more images of Ms. BeShibari in her own website.