I’ll start my Bulgarian focus with Metodi Andonov’s mesmerising “Kozijat rog” [Eng. Title: The Goat Horn], a timeless drama of tragedy and revenge told in the classical cinematic language of master filmmakers the world over. It is a pure and simple film, and yet is a fine example of what great cinema can achieve.

Storyline:
Set in seventeenth century Ottoman-ruled Bulgaria, it tells the story of goatherd Karaivan (Anton Gorchev), his wife, and daughter Maria (both played by Katya Paskaleva). During one of his nights away, a group of Turks break into his home and rape his wife, killing her in the process while the horror is witnessed by the child. Karaivan swears revenge by burning the house down with the molested body of his wife inside it, retreats to the hills, and brings up Maria as a boy. For nine years, he trains her to become a ruthless combatant, after which they go after the rapists, killing them one by one and leaving behind a goat’s horn as reminder of their crime. But before they could go through the entire list, Maria, in the fountain of her youth, couldn’t help falling in love with a young neighbour, leading to unforeseen tragic consequences…

The message contained in the film is essentially pacifist, as much as it reiterates the right to people’s individual liberties. The futility of revenge is laid bare when Maria begins to realise that the monsters she’d sworn to kill also have human qualities in them – they too are capable of love, and to be loved. Surely, revenge can’t be her only purpose in life. Maria is excellently portrayed by the beautiful Katya Paskaleva, who through this film, will go on to become an icon in Bulgarian cinema. From what I gather, this film is also considered an important cultural treasure of modern Bulgaria.

But even for outsiders like us, there is no escaping the film’s charm and its deserved technical credits. Particularly impressive is the thoughtful sound design and editing – a masterclass in itself. The cinematography is good, and even if the performances are not uniform all the way through, the director has put it together very well indeed. The film also provides insight into some far more ancient (pagan) practices prevalent among hill tribes at the time, which I found fascinating. It’s no wonder this gem of a film is Highly Recommended Viewing..!

The Nudity: Katya Paskaleva
The first is during a harrowing gang rape featuring Katya Paskaleva as the mother – it is a distressing scene that offers the grim backdrop for the rest of the story. There is also nudity when Maria is discovered to be female by her neighbour, after he invites her for a swim. There is further brief nudity when Maria decides to dress as a woman, which she’d never been able to before. 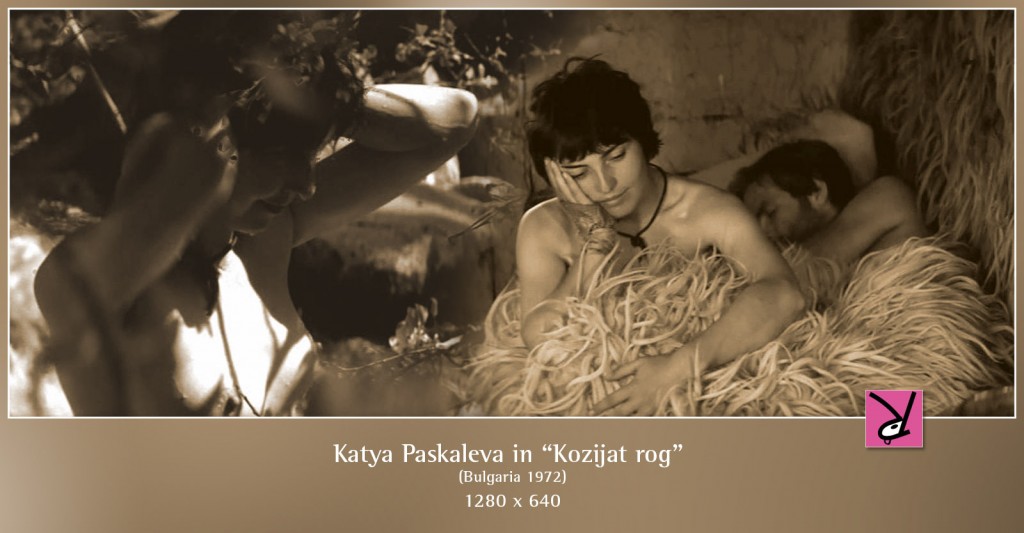